Ever wanted more ores in Minecraft? What about palm trees and new mobs? Or even more weapons and tools? Well this is the perfect creative or survival add-on as it adds all of those!

In this add-on there are over 250 new blocks, over 100 new items, and around 30 new mobs for you to use and explore. Some of the new blocks include dyed planks, stained Redstone lamps, more stone brick variants, and much more. 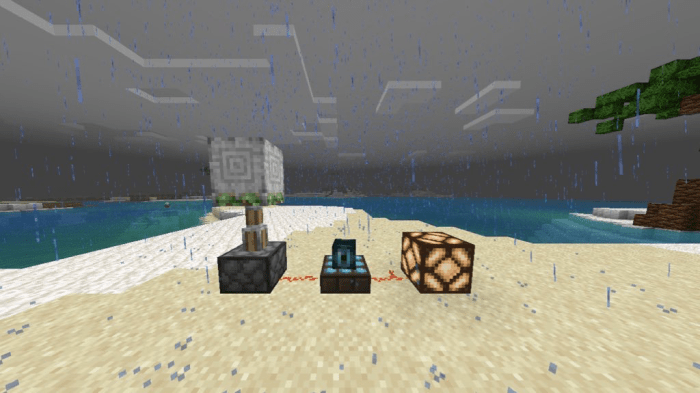 For every ore in the game there is a rough item that can be chiseled to make the polished variant (or the normal type). For example, when amethyst ore is mined, it drops rough amethyst. This rough amethyst can be crafted with a chisel to make polished amethyst. The same applies for all ores, however, already existing ores still drop the same item. It will hopefully be possible to change existing block loot tables in the future.

There are also new GUI features, such as a new panorama, a new dark mode option, and new splash text. Dark mode can be applied by going to settings and global resources, then click the Expansion+ Resource Pack and tap the pack settings button. 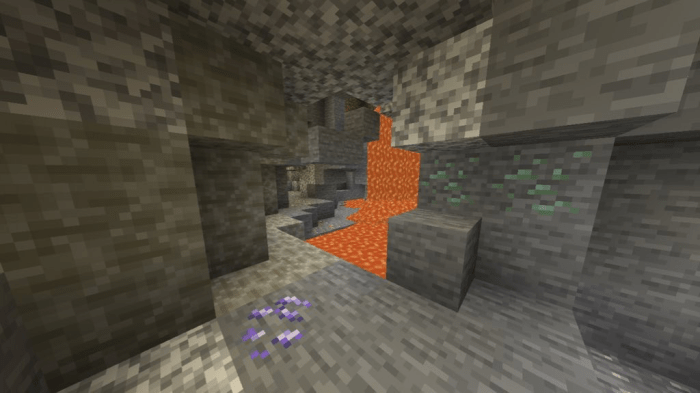 This add-on contains more features than just blocks, and items. There are also more natural generation features and smaller features such as more game settings.

Cave generation has also completely changed. Depending on the biome you're in, the blocks in the cave will be different. For example, icy caves have lots of frosted and frozen stone. Emerald ore and sapphire ore will now naturally generate in the End dimension. 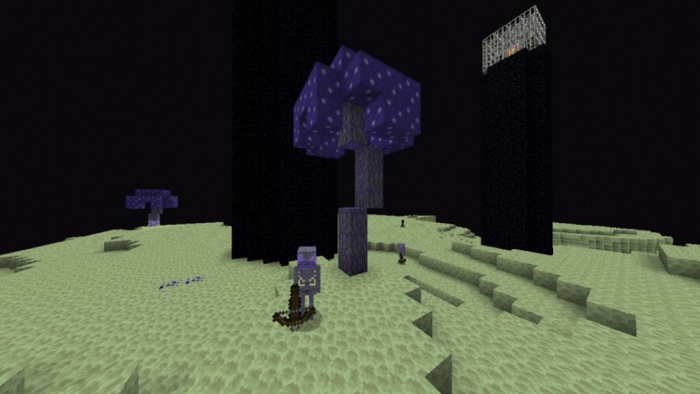 There are many new structures added into the game, such as palm trees and desert pyramids. Here is a list of all the new structures that can be found:

Although Expansion+ is packed full of features, there are some unfixable bugs:

- As of Minecraft version 1.16.0, custom block do not appear in the creative inventory. Also in 1.16.0 custom biomes do not seem to generate.

- I have had some reports of skins being broken, but as soon as I find what is causing this I will release an update.

Some blocks such as candles and the weather detector can not yet be crafted in survival. However, this will be changed in a future update.

Make sure to turn on Experimental Gameplay and Mob Spawning to make sure all of the features work.

April 24, 2021 at 8:45 pm
Every time I play with this addon there's a weird red cursor that flashes yellow randomly, how do I remove this?
Log in to Reply

April 01, 2021 at 9:24 pm
This Mod is really amazing. It adds Minecraft dungeons new mobs in minecraft Education Edition.
Log in to Reply

March 02, 2021 at 5:14 pm
Can I please suggest you revamp the Cave dragon. It won't follow me after I tame it, I can only ride it, allow us to saddle it and help us fight enemies. That's all I want to say I am waiting for the new update!
Log in to Reply

1
Because i can sucks

October 08, 2020 at 1:44 am
Umm... a pirate ship just spawned in midair. It's at about where the water would be in a natural ocean, but it's above a pond I made below that level. Would that be why?
Log in to Reply

July 26, 2020 at 3:36 pm
Ok i can't even get in a word with out crashing and I'm doing this on a Xbox i can get it on Minecraft bit crashes before i load in please fix this
Log in to Reply

1
Because i can sucks

September 25, 2020 at 11:20 pm
Shut Up Nobody asked also u probably dont have a 500 dollar graphics card and a gaming pc that can run faster then ur moms old crappy van’ and if u want to try me i’ll try u
Log in to Reply

July 21, 2020 at 3:17 pm
Quite a few things wrong but the only thing I really want you to fix is so that the pirate trades work. Thanks for everything!
Log in to Reply

July 19, 2020 at 8:02 pm
update this package to 1.16.1, as none of the new craftings appear in the inventory and the blocks are broken manually, and with another delay in the tool it is necessary, even if it is efficient
Log in to Reply

1
minecraft is my Iife

July 18, 2020 at 4:14 am
Some custom mobs don't exist in the world that equiped this addon even activated experimental gameplay
Log in to Reply

July 19, 2020 at 3:15 am
Aaammmmmm why is this not looking updated Is updated in july 18 and the addon thumbnail is not like update and the description too maybe he is just updating this addon And It will be release later
Log in to Reply
Report Comment
Login Sign Up Submission