Big animatronics want to see you ...

It's been a long time since the last time Freddy sang and now they come to Minecraft wanting to do bad things!

Vindictive souls will want to catch you!

Hey! I'm glad you're back to visit Freddy and his friends, I'm sure they would have a great time together.

addon with super realistic 3D models with sounds, animations and movement !. perfect for your releplay maps.

addon based on the characters in the saga of FIVE NIGHTS AT FREDDY´S of the creator SCOTT CAWTHON. This addon replicates animatronics to the letter in behavior, size, shape, speed among more things! 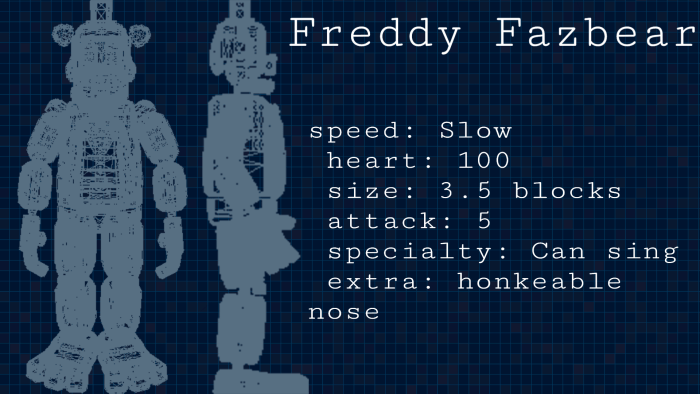 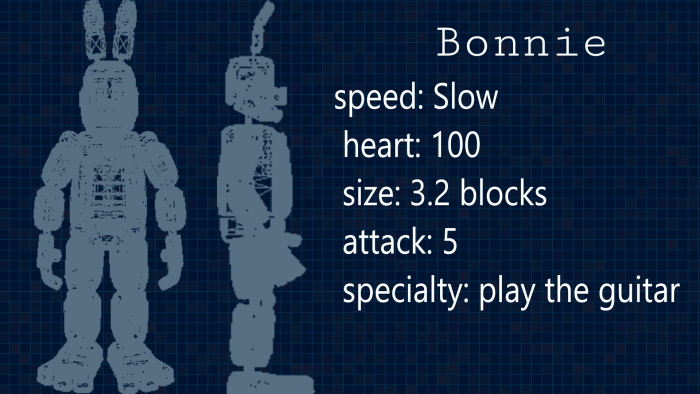 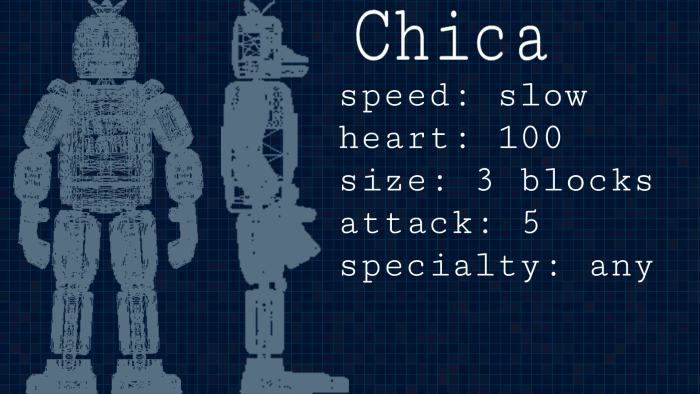 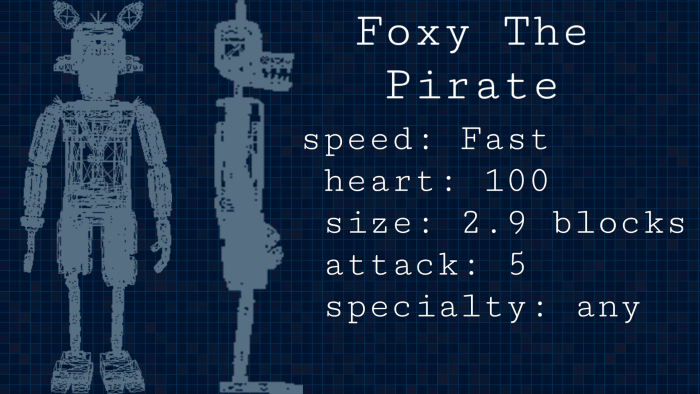 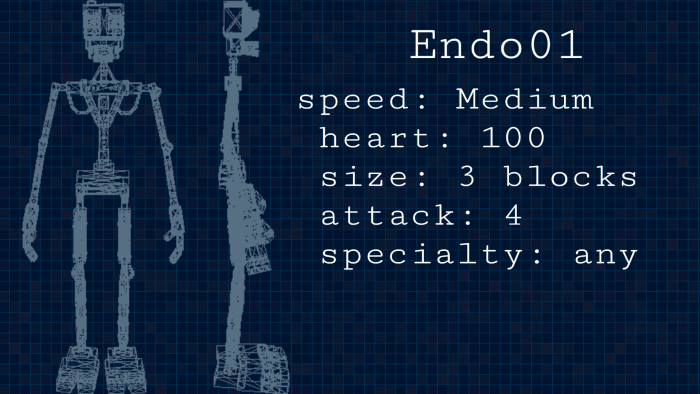 Animatronics are spawnables in creative mode, all entities are hostile.

the animatronics cannot enter through small places, they can see you within a radius of 50 blocks

It is not recommended to play in BETA versions of minecraft 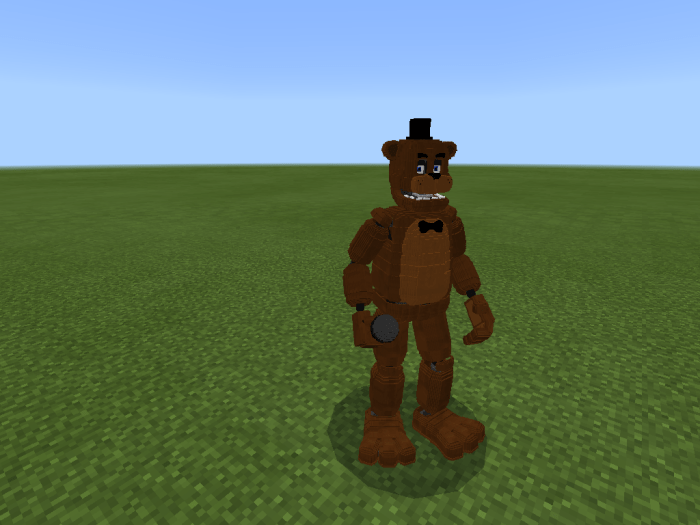 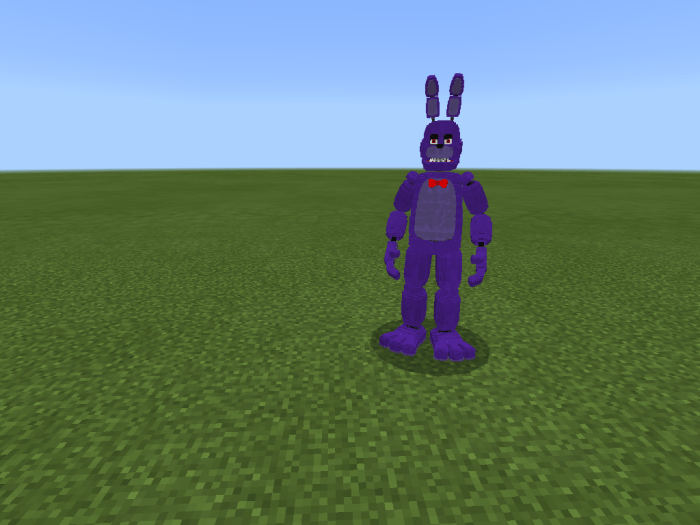 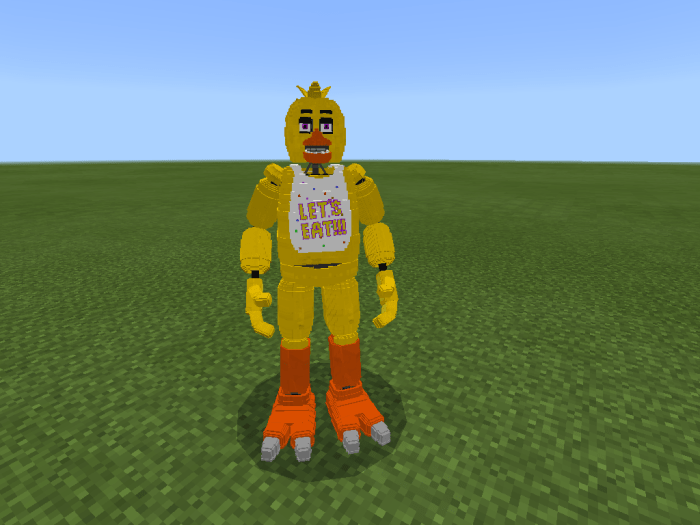 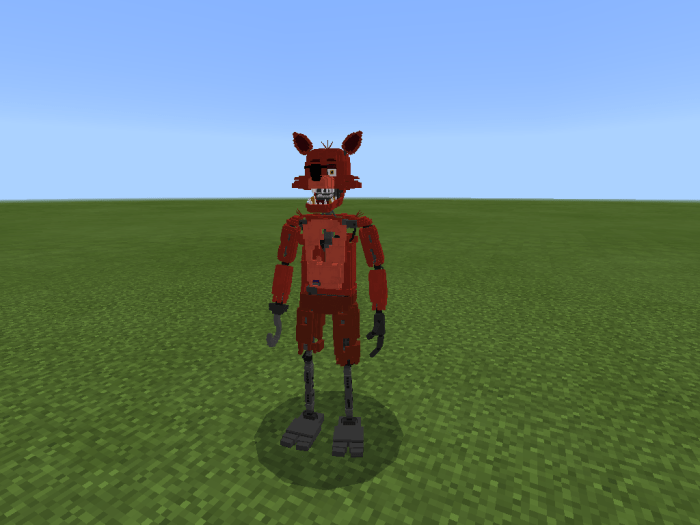 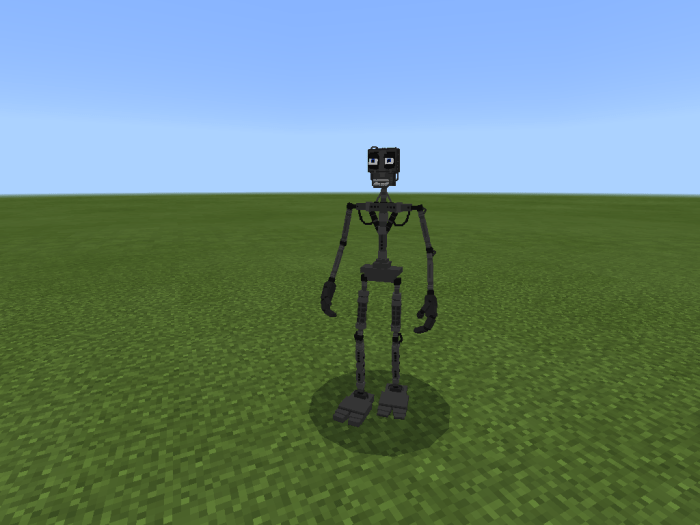 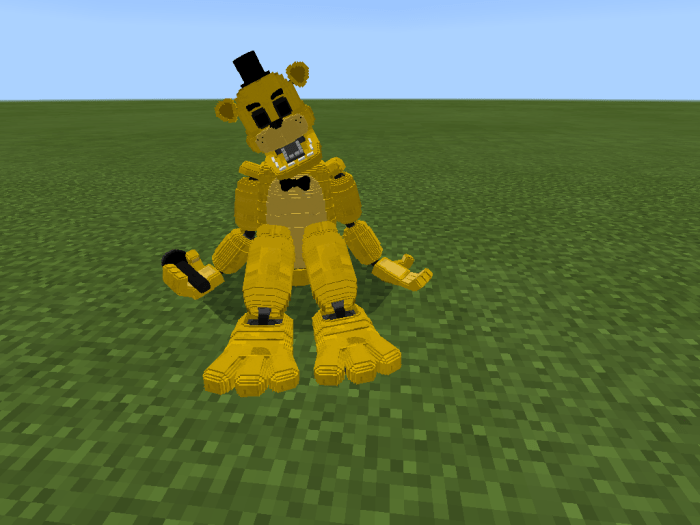 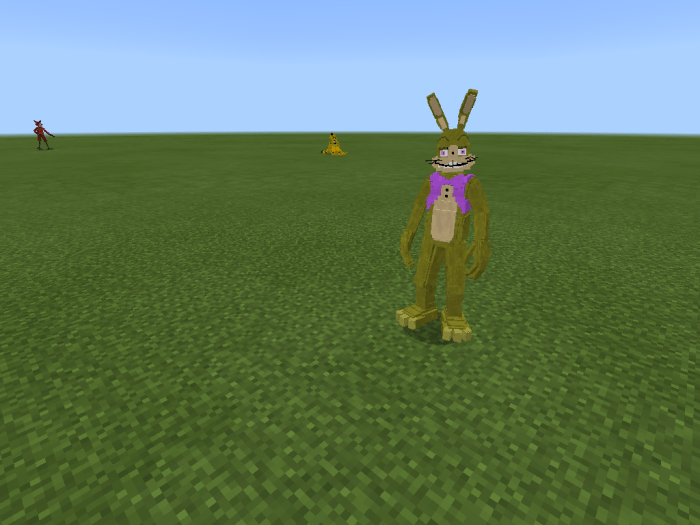 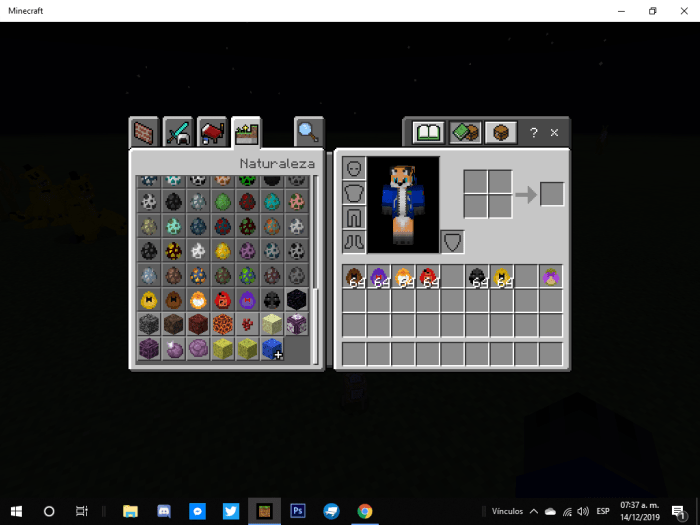 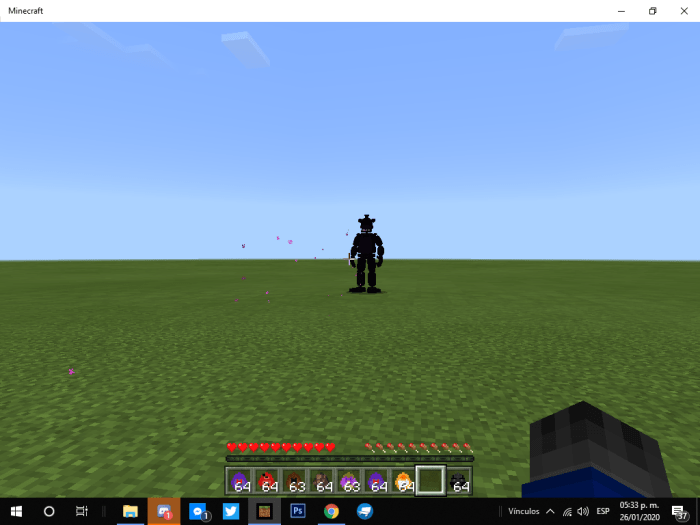 the animatronics have entrance and attack animations

When  hit the animatronics they make a metallic sound

April 15, 2021 at 8:58 pm
As much as I’d love to download it, Ad Fly has been being rather sketchy. It may be due to the fact that I am using an IOS device, but still. I’ve seen reviews of it on YouTube and know it is amazing but the site is just to sketchy. The things I’ve seen on that site are obscene. If possible, could you maybe create a direct MediaFire link for this?
Log in to Reply

July 14, 2020 at 10:42 pm
How to get/spawn glitchtrap? He's not in the spawn egg group when i redownload the pack but shadow freddy is. Any help will be nice.
Log in to Reply

July 12, 2020 at 2:07 pm
Can you make it so the animatronics are passive during the day and aggressive at night? Kinda like the real game
Log in to Reply

March 14, 2020 at 2:48 pm
Hello I am wondering if you could make a Spring bonnie and Freddy suite. And if you can make them rideable so that you can be "in them". Anyway thanks for listening
Log in to Reply

February 01, 2020 at 9:46 pm
I can’t get the download here it doesn’t work, I don’t know why but safari doesn’t work no more, hasn’t since November 21 2019, bottomline this is an amazing addon but I can’t get it here, can you at least post it on The app Addons?
Log in to Reply

February 12, 2020 at 2:31 am
All you do is go into files when you see the download sign which has the file and then move the .mcpack/.mcreasource or .mcbehaviour to its right location.
Log in to Reply

February 01, 2020 at 1:29 pm
Dear Dany Fox,
Can you create an another fnaf addon that only has animatronics from Fnaf Sister Location please. That game is my favorite.

June 29, 2020 at 2:45 pm
its because you didn't fallow the steps it tells you before you leave this site
Log in to Reply
Report Comment
Follow:
Login Sign Up Submission
Tweets by MCPEDL
Tweets by MCPEDL