If you’ve played Minecraft Dungeons, then you know that there are a lot of artifacts you can find that will help you in various different ways, all possessing different abilities. But did you ever think some of these artifacts would make good additions for regular Minecraft? This addon will try to do that!

Currently, this addon adds 16 artifacts from Minecraft Dungeons, most of them are functional. None of the artifacts are craftable or obtainable yet, and are only obtainable with commands. To get all of them, type /function artifacts into chat. Now, let’s take a closer look at these artifacts! Remember, this is still a work in progress and more artifacts will be coming soon! Remember to enable experimental gameplay!

The first one this addon introduces is the Ice Wand! This is an artifact that will be added in the upcoming Creeping Winter DLC. It will rapid fire powerful ice blocks at enemies, dealing 7 damage, may inflict slowness and doesn’t use any ammo! 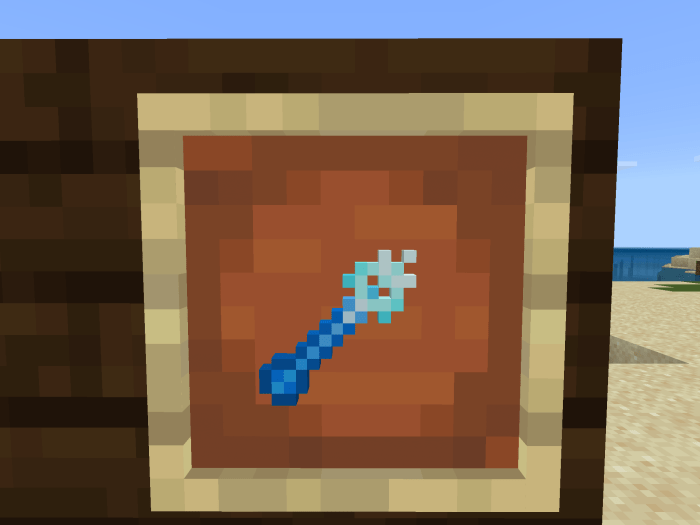 Next artifact is the Lightning Rod. Said to be forged by Geomancers and enchanted with the power of a storming sky, it will rapid fire quick lightning bolts at enemies. Deals 5 damage and sets anything it hits on fire. 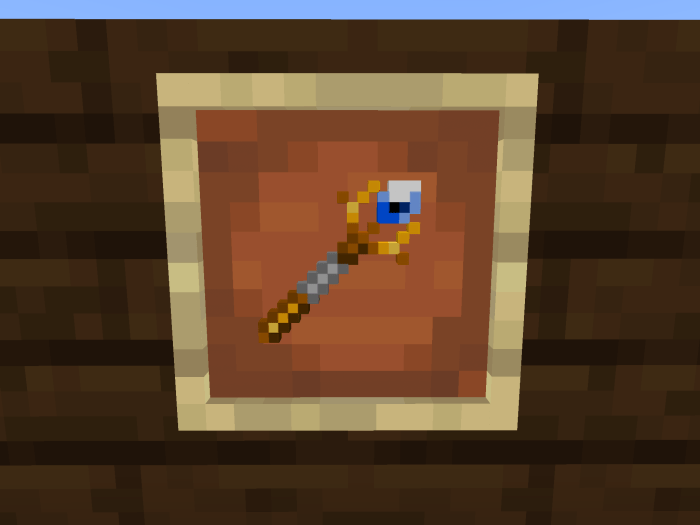 Now, let’s take a look at the Corrupted Beacon. It’s a super effective weapon, that, while not dealing too much damage, is enough to stun enemies and push them back! This weapon rapid fires beams, these beams only do one damage, but unlike the Lightning Rod and Ice Wand they inflict a lot of knockback! So, if you need crowd control, the Corrupted Beacon’s got you covered! 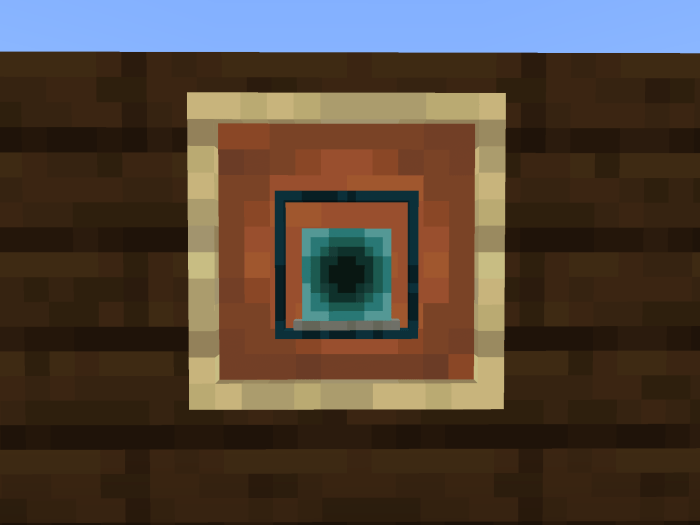 The third artifact to look at is the Deathcap Mushroom. A favourite of the Minecraft Dungeons players, eating this item will give you temporary speed boosts. Eat it to receive haste, speed and jump boost for 15 seconds! 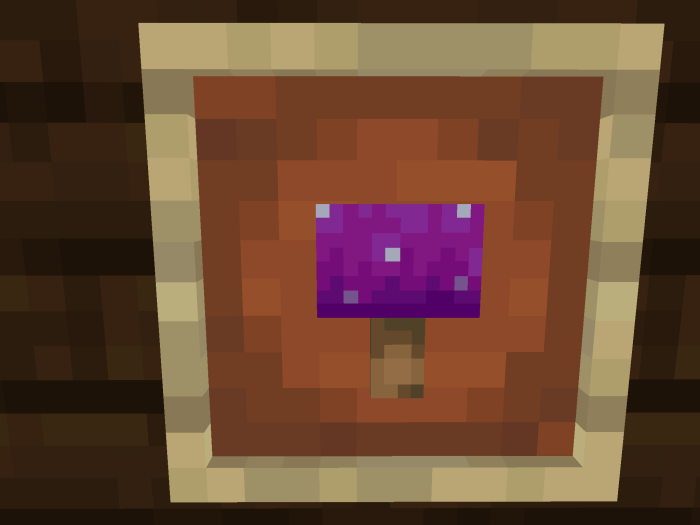 Up next is none other then the Light Feather! It’s not known what creature this feather comes from, but what we do know is that it makes you much softer and swifter then using it! As a result, “eat” this item to receive levitation for 10 seconds, and then slow falling and weakness for 30 seconds! 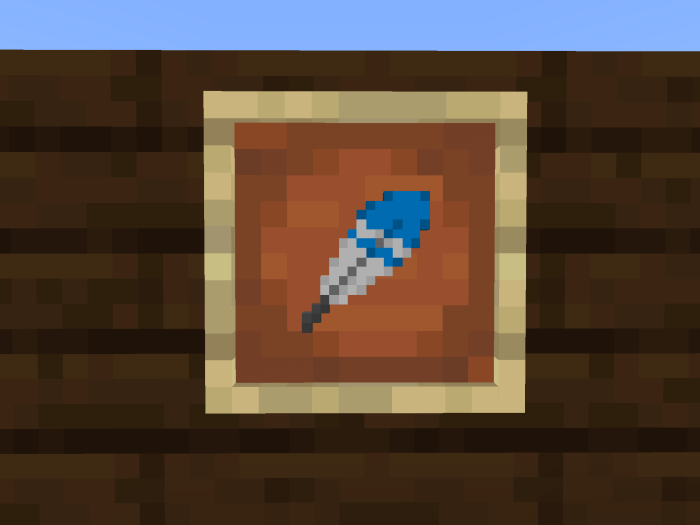 Coming up is the Shock Powder. This is a handy item that will make for a great escape out of tight situations! “Eating” this item is faster then eating other items, similar to Dried Kelp, and will provide weakness, speed and mining fatigue effects for 10 seconds. Again, this item is better for getting away from threats rather then fighting them. 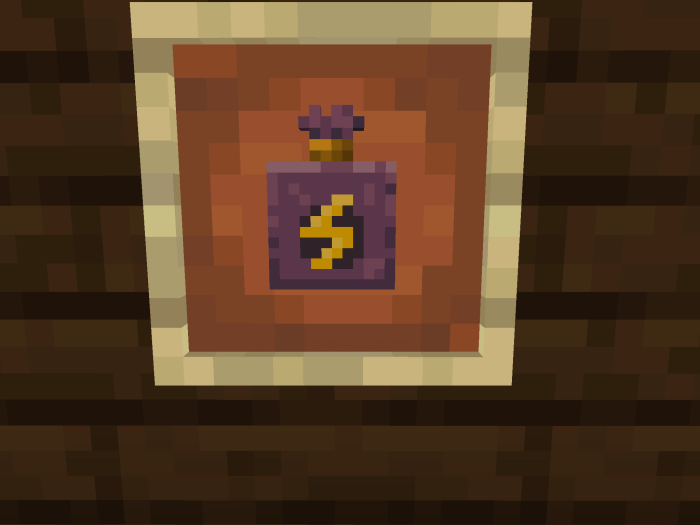 The next artifact you may find handy is the Soul Healer! It’s an item that instantly restores some health when used, but it requires souls. I didn’t see how to implement that in Minecraft, so instead “eating” the Soul Healer will replenish some of your health. 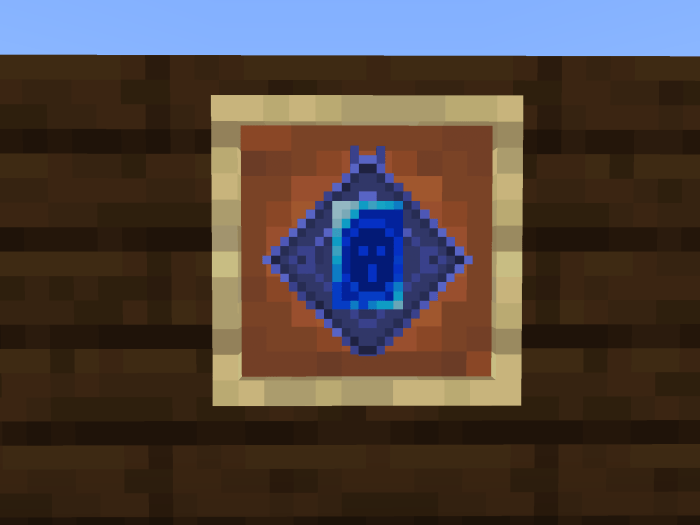 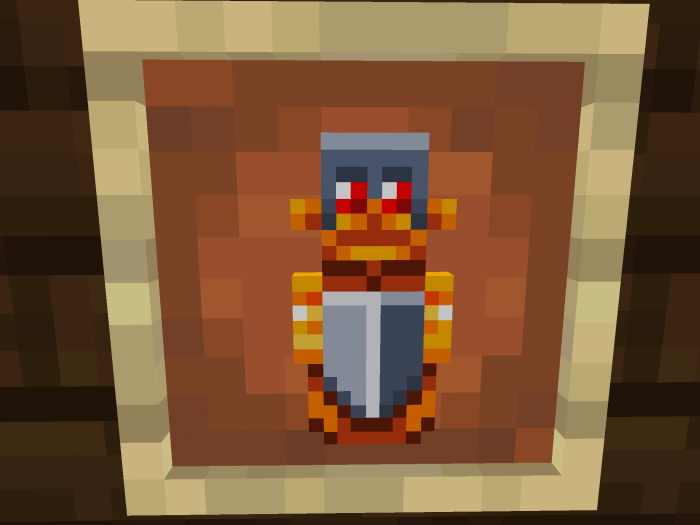 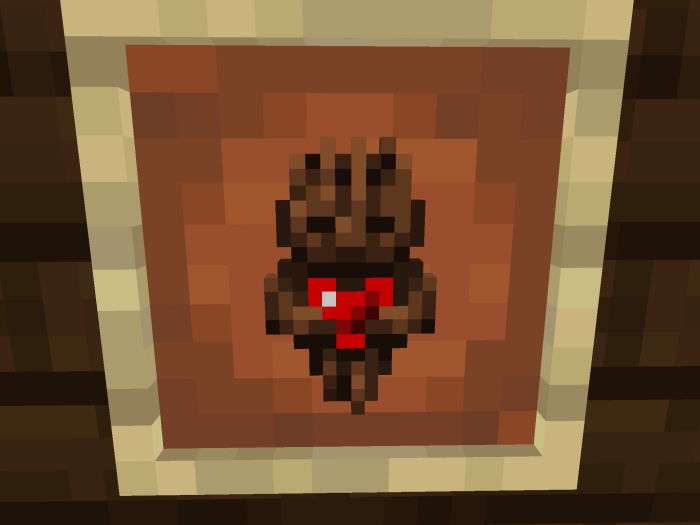 Our next one is the Iron Hide Amulet! It’s an item that makes you much tougher when using it, and it’s effects last for quite a long time! “Eating” it will give you strength, mining fatigue and hunger for a whole minute. 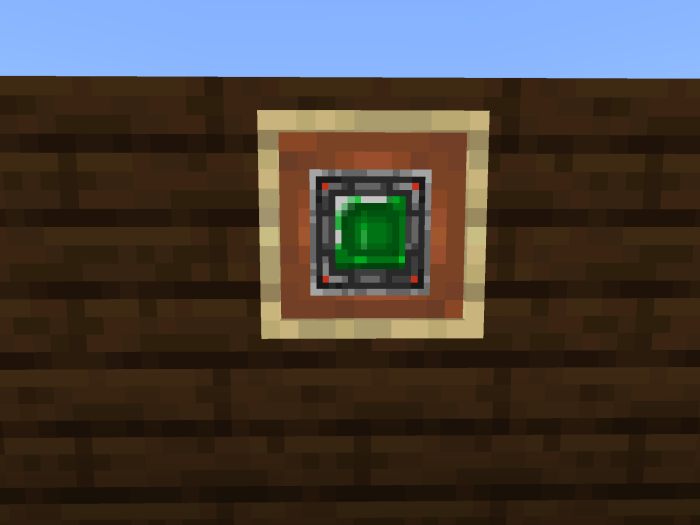 This artifact is the Tasty Bone. In Minecraft Dungeons, this item will summon a wolf that fights for you. However, since there’s already a tameable wolf that will fight for you in basegame minecraft, I instead just made it so that you can eat it to get a lot of saturation and hunger back. I mean, it’s not called tasty for nothing! 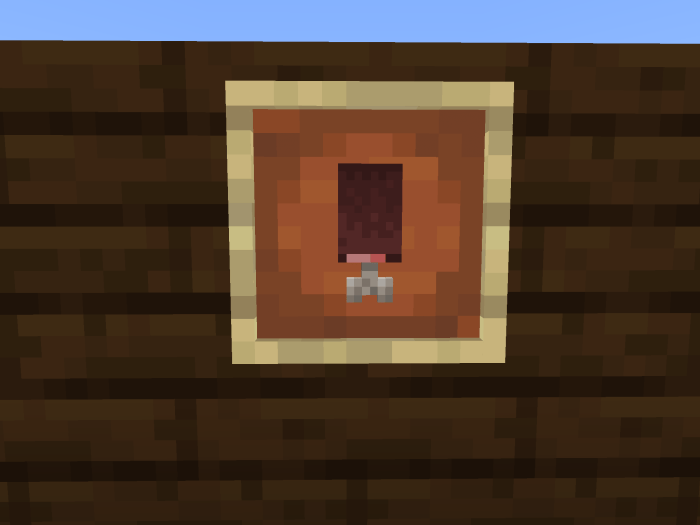 Up next is the Wind Horn! This artifact is very useful as it can slow down enemies and send them flying! It deals no damage, but does quite a lot of knockback and has a good chance to slow down it’s target, so it still has some good functionality! 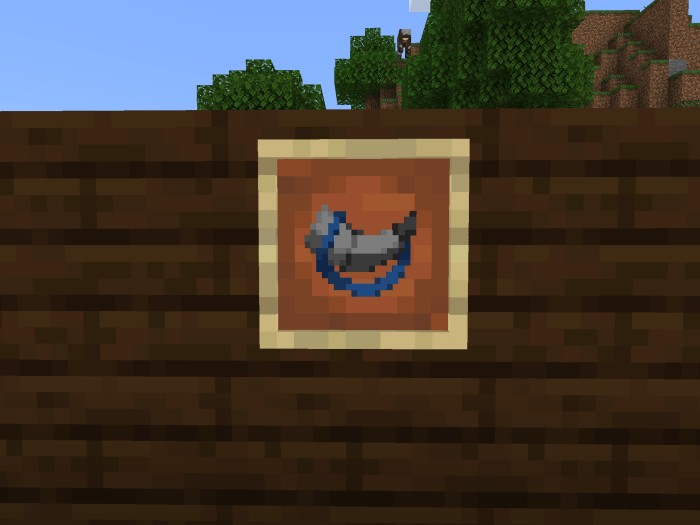 This item is known as the Wonderful Wheat! It’s an item that can be placed down to summon a friendly llama. This llama will attack nearby enemies with projectiles, you can also ride it but you can’t tame or control it. This item can be found in the creative inventory, next to all the other spawn eggs. 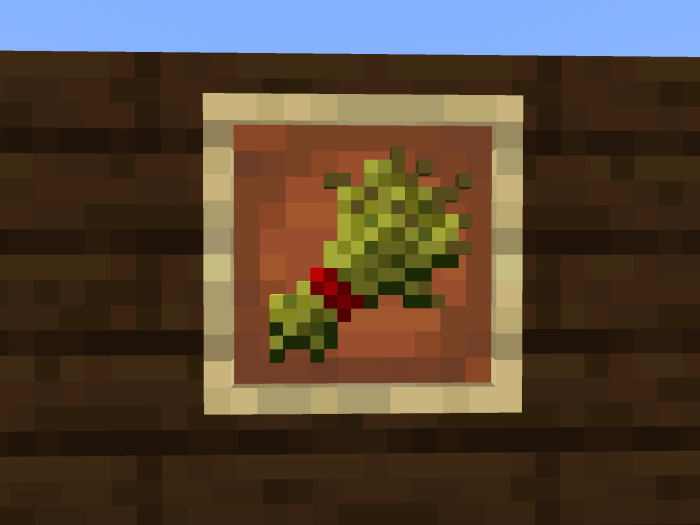 Another summoning artifact is known as the Corrupted Seeds! They work similar to the Wonderful Wheat, place it down to summon a small grapple vine. The grapple vine will attack nearby enemies with a melee attack and has a small chance to poison them. Again, find this item in the creative inventory among spawn eggs! 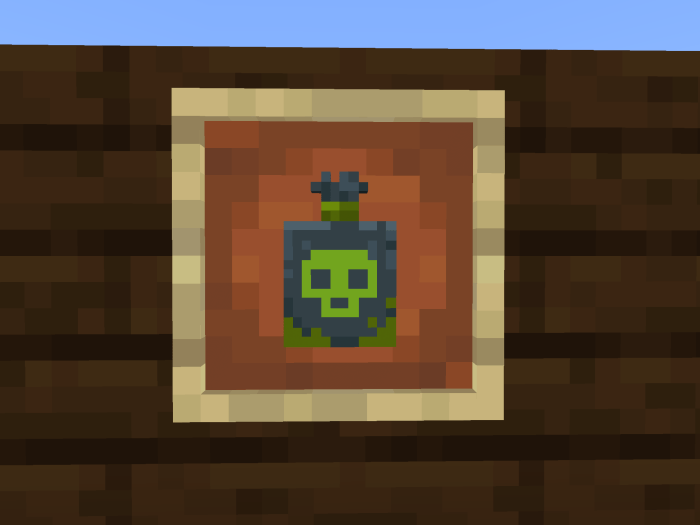 Now here is the Golem Kit! It’s another summoning artifact, and is the most powerful one! Place it down to summon a friendly iron golem that attacks nearby enemies and deals a lot of damage and has a fair bit of health. Just like the other two summon items, you can find this in the creative inventory. 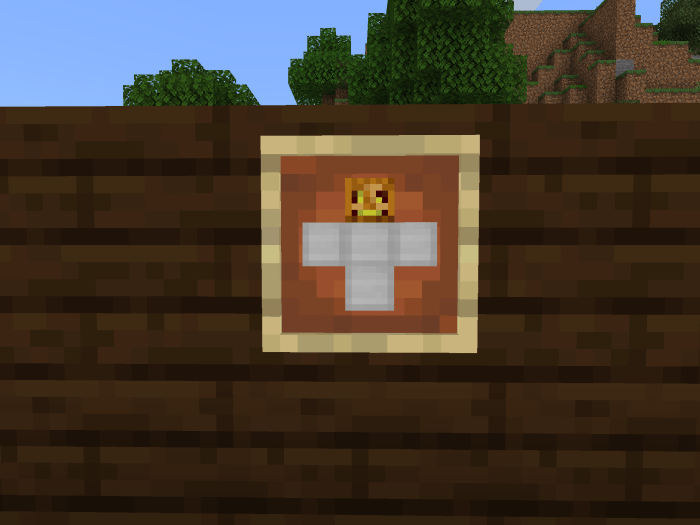 There is also one more item avaliable in this addon: the Totem of Soul Protection. Currently it isn’t functional, and won’t do anything for now. Expect to see uses for it in the near future! 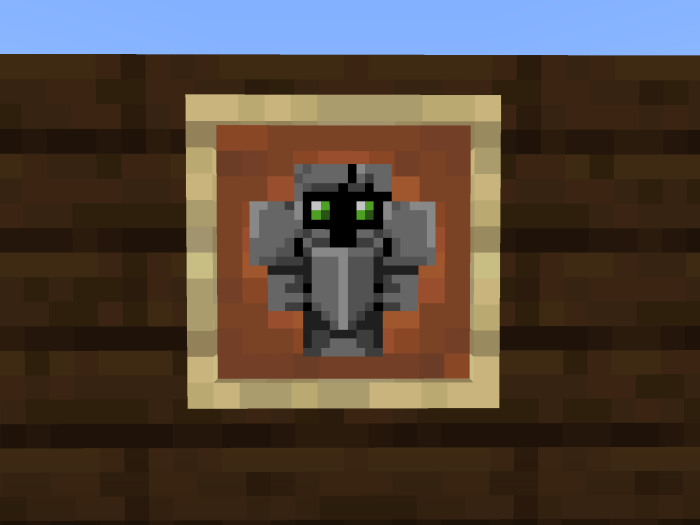 Currently, a known issue with this addon is that the regeneration effect isn’t  be applied properly. These means regen potions and golden apples currently won’t provide it, I will try to fix this eventually

*The Grapple Vine created by the corrupted seeds now always inflicts poison when it attacks. Previously, it only had a small chance to

*Reduced the effectiveness of the Soul Healer

*Slightly buffed the damage of the Corrupted Beacon

September 21, 2020 at 9:53 am
Some of the items work like the edibles, but some don't. The addon interferes with the Minecraft dungeon weapons and makes the weapons do no damage. other than that keep up the great work!
Log in to Reply

September 21, 2020 at 2:06 am
Hi creator,why in my Minecraft all Artifacts is nothing textures,why?can you update this?
Log in to Reply

September 19, 2020 at 5:14 pm
I’ve sent an update to this addon for review. It will include some new artifacts and a ton of changes. I wasn’t able to add crafting recipes for them yet, but they may come in the next major update!
Log in to Reply

September 02, 2020 at 11:27 pm
Just make the items craftleble and you're all set. Also good job, this mod has alot of potential
Log in to Reply

September 02, 2020 at 6:14 pm
A way to get soul is as a drop from monsters but since it would be really common you should make all soul usage items really expensive but not too rare since this isnt actual dungeons and it would be annoying to have so much soul orr an even better but most likely harder choice is making the soul act like experience where you can collect it and you amount shows on the top left under the life bars
Log in to Reply

September 02, 2020 at 6:16 pm
And also make all artifact mob drops by different mobs with the exeption of the meat and wheat which the meat could maybe be crafted like steak surrounding the top of two bones like in hammer shape and the wheat just be a really rare drop from normal wheat
Log in to Reply

September 02, 2020 at 6:18 pm
Also the totem of soul protection should... protect souls upon death like a keep inv for exp
Log in to Reply

September 02, 2020 at 2:19 pm
Behavior pack is not working i dont see anything on the functions area
Log in to Reply