Ever wanted to recreate a place from Dungeons in Minecraft? If you have, this add-on is for you! This pack adds more than 300 blocks to help you create your dream build.

This addon adds blocks from Minecraft Dungeons into normal Minecraft. There are over 300 blocks to help you complete your build. It's now easier than ever to recreate the Camp, the Nether Portal, and other builds that caught your eye while going through a level!

Please read the entire description before downloading. There are some stuff that are very important and you do not want to miss. Thank you.

There are currently 4 blocks in this series:

Each block has a different amount of grass on them. Dirt in Dungeons has a brighter and smoother texture than dirt in vanilla Minecraft. This is why I added Soil!

There are currently 5 blocks in this series: 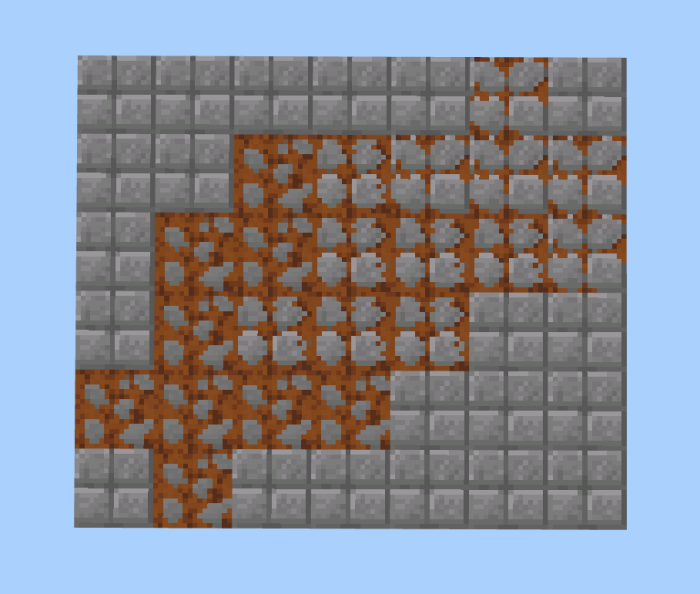 There are currently 4 blocks in this series:

There are currently 7 blocks in this series: 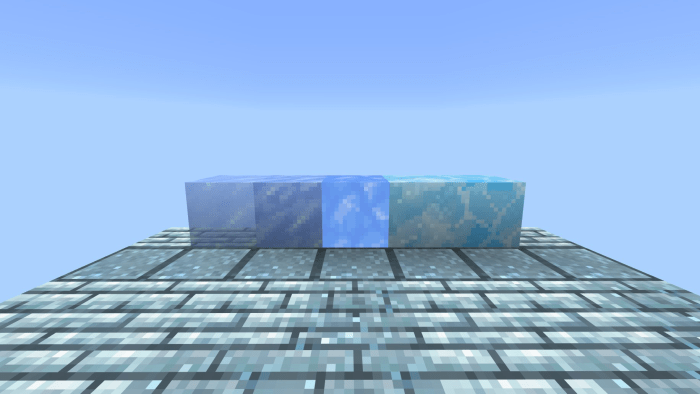 There are 21 blocks in total that are considered frosted: 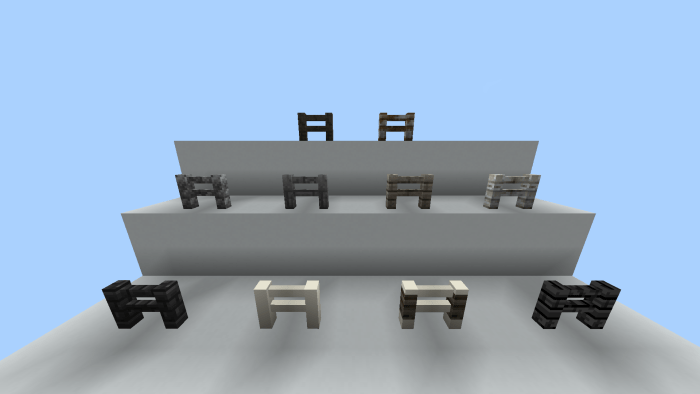 Fences are very experimental and requires activating a separate pack to function correctly.

Please remember this is an experimental feature and may be removed, or stop working in a future update.

These aren't the only blocks added in this addon! There are loads more for you to try out! 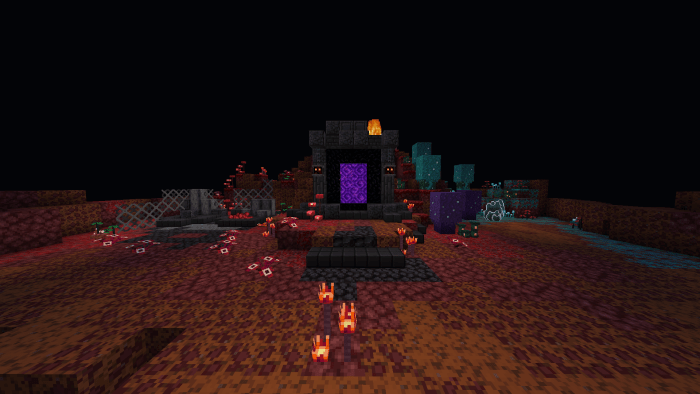 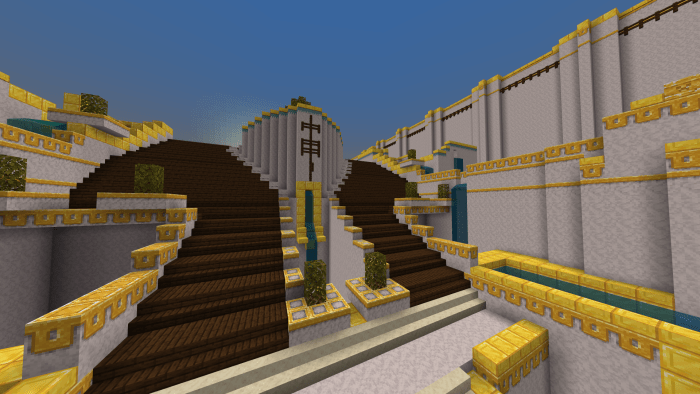 ^ A part of Gale Sanctum rebuilt! 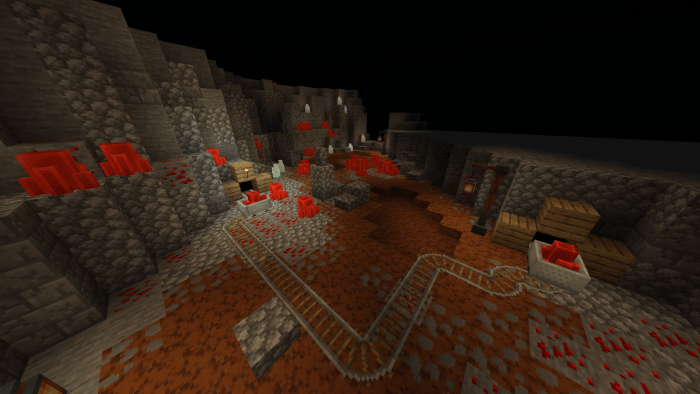 ^ A part of Redstone Mines rebuilt! 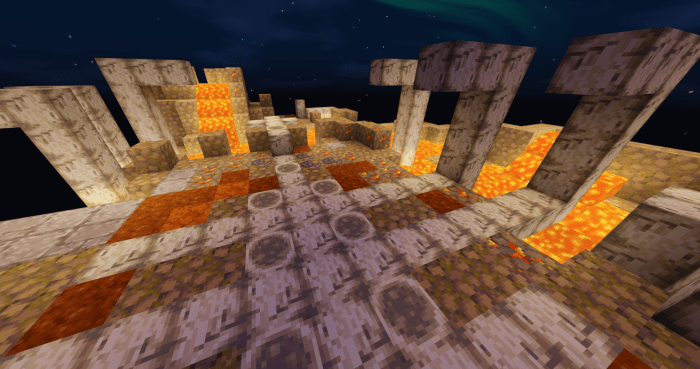 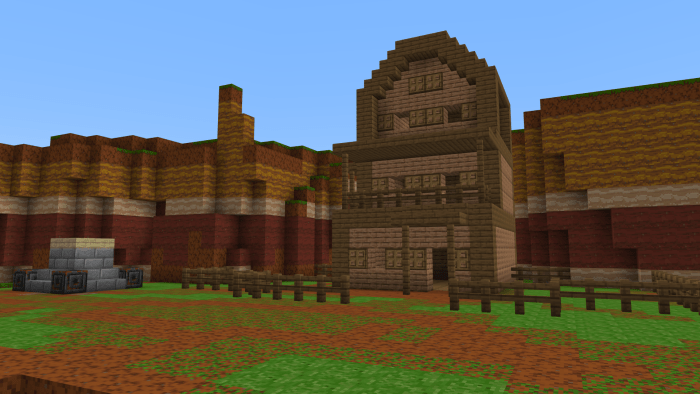 ^ A part of Cacti Canyon rebuilt! 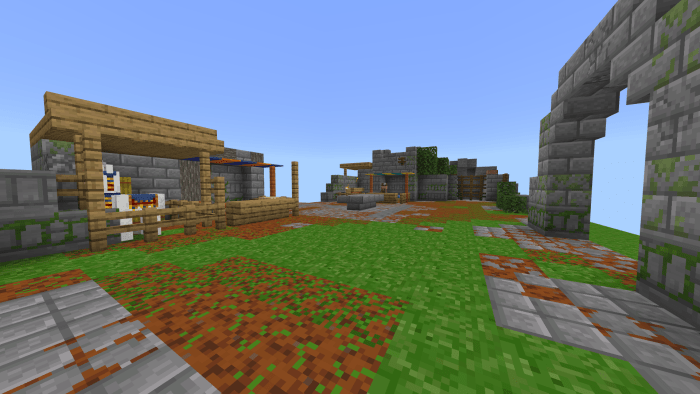 ^ The Camp rebuilt in Minecraft! 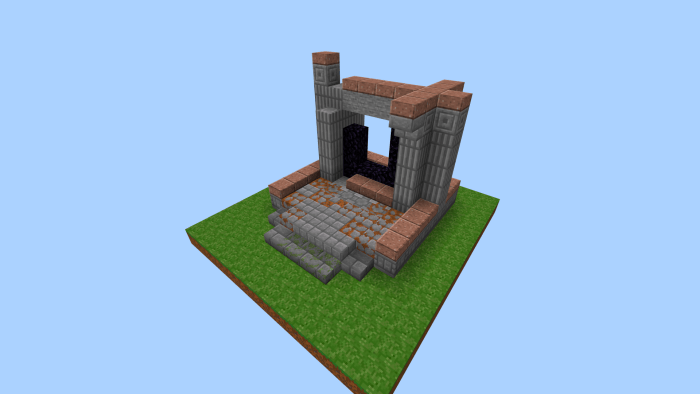 ^ The Nether Portal found at the Camp rebuilt!

These blocks aren't just limited to being used for rebuilding stuff from Minecraft Dungeons! They can be used to make just about anything you want.

In 1.16, there is a bug where custom blocks from addons do not show up in the creative inventory. Therefore, I have added items that you can use to place the new blocks. They can be found in the inventory. There is an item for every block added. Because they are items, they appear 2D in your hand.

These items are temporary additions. They will be removed when Mojang fixes the bug that causes custom blocks to not appear in the creative inventory. 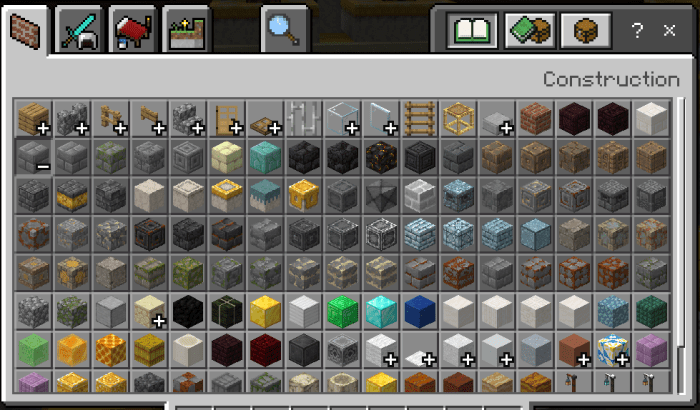 The custom blocks also do not show up in the recipe book. For the recipes, check out this document here. (Google Docs). To obtain custom blocks, place them using the items, craft them, or use one of these commands:

For the [block] values, check the last few pages of this document. There are too many to be listed here. The "giveallblocks" function gives you 1 of each block added in this addon.

There is also a map showing you what you can build with these new blocks! It includes some of the builds in the images above. The download can be found in the Downloads section. 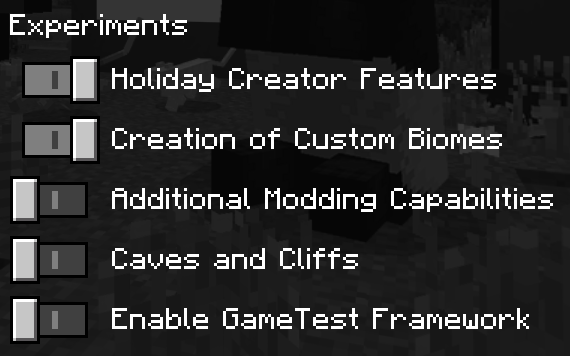 Holiday Creator Features must be turned on.
Creation of Custom Biomes needs to be turned on if you want plants and structures naturally generating in your world. 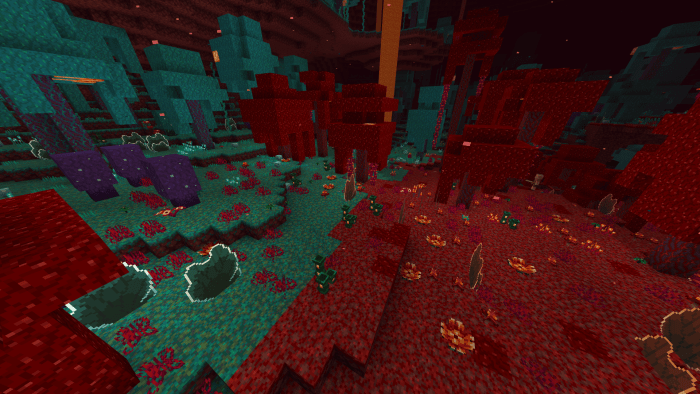 Flames of the Nether

- These plants can be harvested by interacting with it.

1. Some textures have been extracted from Minecraft Dungeons directly so that the blocks can be more accurate. I do not own these textures.

2. Some textures in this resource pack are made/replicated by me and/or adjusted to make them fit vanilla Minecraft.  All code and models in this addon belong to me. You are not allowed to redistribute them without my permission.

3. Feel free to change up the textures, the block names, etc. for your own use.

5. Credit me if you are using my pack.

6. I recommend backing up your world once in a while when playing. I am not responsible for any loss.

September 24, 2021 at 12:09 am
I wanted to make a Minecraft dungeons addon that adds in some dungeon blocks and stuff but you really did a wonderful job, I'm kind of sad that now I don't feel like doing it anymore but hey i'm glad that someone made it for bedrock editon!
Log in to Reply

August 22, 2021 at 9:41 am
Hello, I noticed that the dungeons grass block I can’t place normal vanilla, so could you please make so we can place plants or make “custom” vanilla plants to place in there?
Thanks.
Log in to Reply

July 17, 2021 at 8:22 pm
Hello, I loved this addon, I would like to know if it is possible to make the "bamboo" of the nether grow over time at least 3 blocks upwards like the cane and then be able to make paper with it
Log in to Reply

July 05, 2021 at 6:26 pm
Will redstone mechanisms be added to this addon or just relatively decorative blocks? (Sorry if something I wrote sounds offensive because I'm using a translator)
Log in to Reply

July 06, 2021 at 2:04 am
Mostly just decorative blocks, this add-on isn't meant to add new redstone stuff to the game.
Log in to Reply

July 06, 2021 at 2:04 am
You can turn off the Creation of Custom Biomes toggle in Experiments in World Settings if you do not want the new Nether plants generating.
Log in to Reply
Report Comment
Login Sign Up Submission