Sometimes while travelling through a world Minecraft can feel very vast and empty. With my add-on, it adds nearly 20 structures to your Minecraft world that generates in various locations! Generally, these structures aren't that overpowered and the most you can get from a structure is probably a mob-farm but its meant to be towards the early game.

To start off with the structures the most common structure in your world would probably be the rocks that generate throughout your world. I find it weird that there aren't any rocks above the surface that's not on the side of the cliff.

All 6 variants. Spawns more commonly than the rest of the structures for obvious reasons.

Next is the abandoned house, spawning semi-rarely. The abanded house can be fixed up or may have a secret basement. 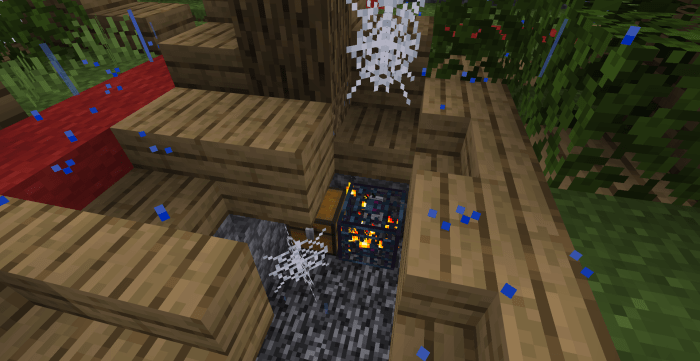 And Many More! (Don't want to spoil the exploration aspect)

Program used to create this: https://machine-builder.github.io/programdownloads.html

Use this add-on in whatever just tell me so I can see.

October 16, 2020 at 8:18 pm
One structure does have loot but not randomized. Haven't figured out how to do that yet
Log in to Reply

October 16, 2020 at 8:19 pm
Google translate gave me a horrible translation of this sentence
Log in to Reply