The Pac Man has returned! Now Enjoy it in minecraft is one of the most famous classics of all time and a worldwide phenomenon in the video game industry.

There will also be my enemies that are the 4 ghosts.

This addon adds to pacman and the 4 ghosts: red, blue, orange pink 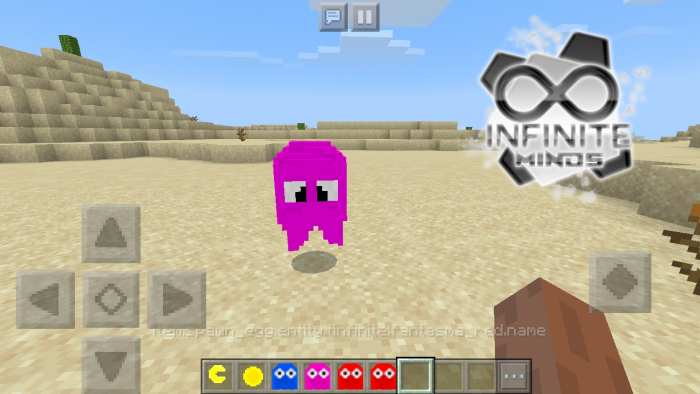 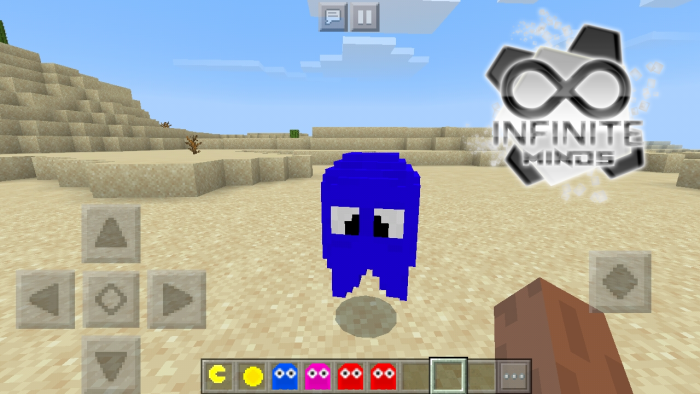 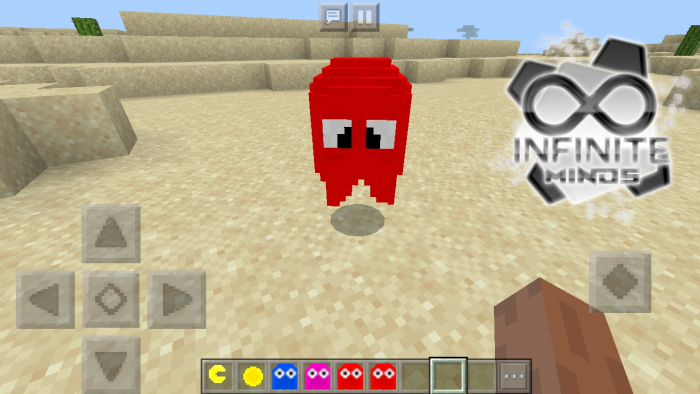 The objective of the character is to eat all the balls on the screen, at which point the next screen level is passed. However, four ghosts or monsters, go through the maze to try to capture and destroy Pac-Man

pacman has its own animations when opening and closing its mouth

this addon does not replace any entity 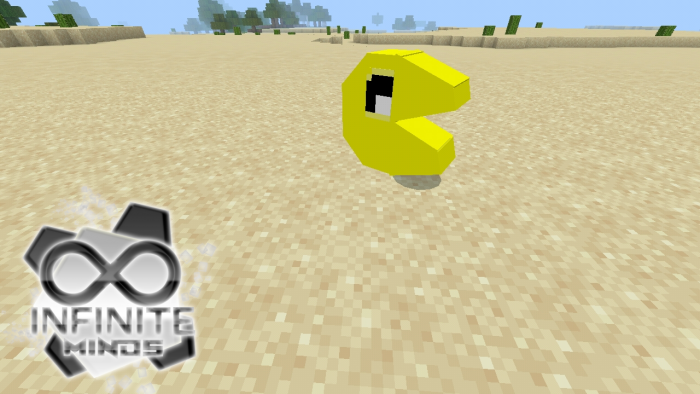 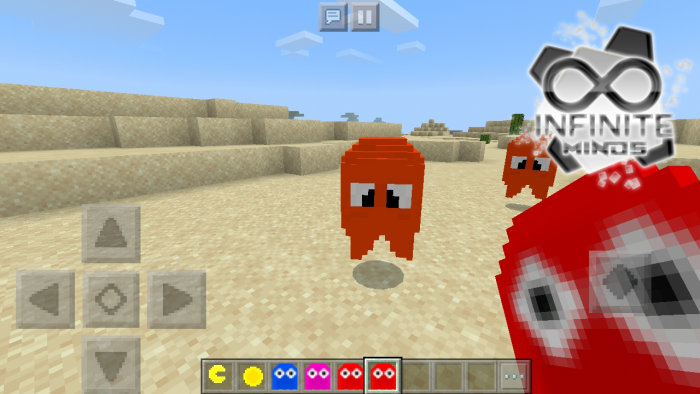 The ghosts are not the same, so while Blinky is very fast, and has the ability to find Pac-Man on stage, Inky is very slow and often does not find Pac-Man. 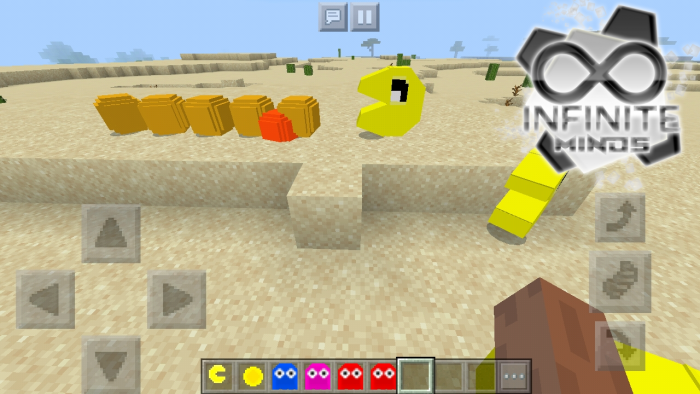 Ghost Red:he will chase pacman and attack him

Ghost Pink:he will chase pacman and attack him

Ghost Orange:he will not chase pacman only attacks him if he is close

Ghost Blue:he will try not to persecute pacman will only pursue him if pacman is near the

correction of errors in the addon