Tired of playing Minecraft and always seeing the same ores and weapons? Well, here I bring you the solution.

This mod includes the ruby, sapphire and iridium ores (ahem Stardew Valley, ahem) along with their crafting (swords, tools, blocks, apples, ...) and some legendary swords.

Currently the mod is in development and in the next few days I plan to add all the ruby, sapphire and iridium tools as well as the armor along with other things that come to mind but I accept suggestions! :)

Without talking too much, let's go with the review of the mod:

For the mod to work properly you have to enable all this:

To start, I leave here all the functions that allow you to get any of the things included in this mod (except the obsidian stick and the Notch apple).

All minerals can be obtained naturally by underground mining or even in chests and exploring dungeons.

This is the frequency of appearance of the minerals and in the layers that can appear:

Zafiro: Rare, Can be found between layer 40 and 0.

Iridium: Very Rare, Can be found between layer 20 and 0. May release 1 to 3 iridium pieces.

All the iridium-related crafting so far requires iridium ingots and, as in Stardew Valley, they can be obtained in this way: 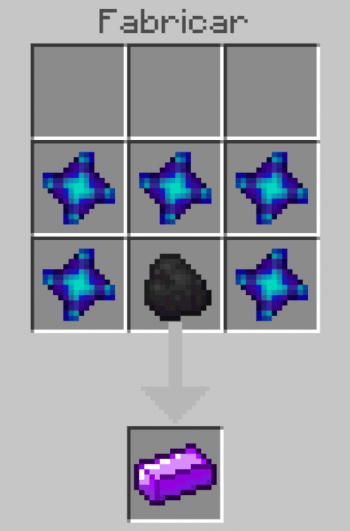 Currently these are the swords included in the mod and now they can be enchanted!

I have decided to add both the ruby and sapphire tools now that they are functional and I will add the iridium tools soon, they are enchantable!

For now I have only added the iridium armor (it no longer replaces the chain armor thanks to the new Minecraft update) but I plan to add the ruby and sapphire in the next update, they are enchantable too, here the craftings:

I have decided to include enchanted apples with each of the ores that are included in the mod and each apple has its respective effects:

I have finally added effects to the swords that are compatible with multiplayer/realms!

To make the sword requires an obidian stick, here the craftings: 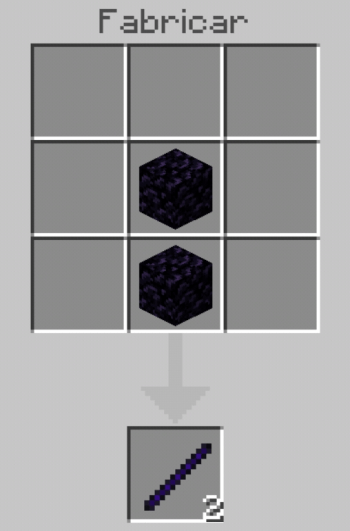 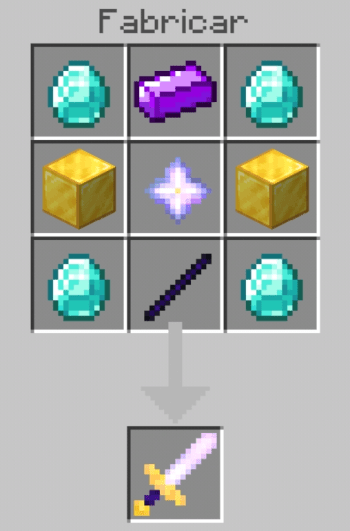 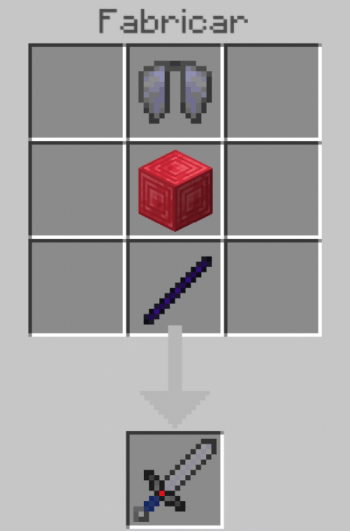 Over here I leave you the crafting of the ruby, sapphire and iridium blocks as well as the block to ores conversion:

Finally, I decided to add the crafting of the Notch apple back to Minecraft since I consider that it's quite necessary for the game: 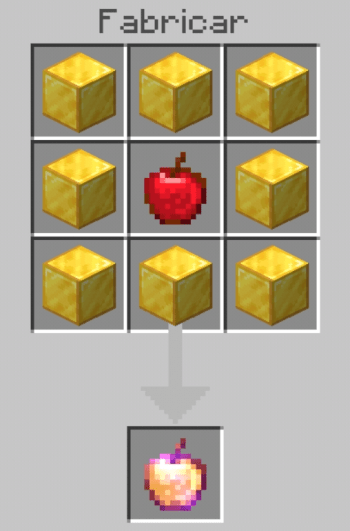 - Non-legendary swords, armor, and tools can now be enchanted.

- Ruby and sapphire tools have been added.
- Iridium armor updated.
- Some details of the add-on have been modified and fixed.

1. Download the .McAddon or the Behavior and Resource packs

2. Install the pack to your game

It is possible that if you apply the mod in some previously created world you must explore new areas for the ores to appear.

January 13, 2021 at 8:44 am
Hey This Is REALLY GOOD. I haven't tested is out yet but i am expecting alot of good things. but the swords is just looking a little bad.....
maybe re texture them put more details but not so much detail just a vanilla look
so yeah. imma test it

January 15, 2021 at 8:05 am
Maybe that's how you can see it here in this site, the swords look amazing in-game, they are all made by me and with great delicacy and detail, try it and tell me!
Log in to Reply

January 12, 2021 at 2:26 pm
This mod looks really good! Ores generate properly, and even though they can be broken by hand they do take a little bit to break, which is a nice soft fix in my opinion. Crafting the weapons doesn’t have any problems either, which is another major plus. The major problem I had though was that the swords didn’t do any more damage than your fist. I’m not seeing that show up as a problem for other people in the comment section, so it may be a problem pertaining just to me? But still, it’s hard to really get the most out of the new weapons when they’re not even as effective as a wooden sword. Again, I haven’t been seeing this show up in the comments for other people, so it very well could be an issue with my Xbox, but if this is an issue that shows up, I hope it gets fixed, because I honestly still really like what this mod has to offer.
Log in to Reply

January 15, 2021 at 7:58 am
Well, I don't know friend, it works perfectly for me and I have never heard of anyone that the add-on works badly, anyway I'm working on a new update of the mod and let's see if your problem can be solved! Thanks and best regards!
Log in to Reply

January 11, 2021 at 9:45 am
Yes you can, but you have to give me credit by simply putting this post link in the description.
Log in to Reply

June 07, 2020 at 8:45 pm
Hey i like this mod but not being able to enchant the weapons, let alone make tools is a letdown. Could you add enchanting capabilities, along with some tools? Maybe some new armor too? That would make for a far greater experience in the grind for these rare ores
Log in to Reply

May 04, 2020 at 5:49 am
Hi I was wondering if you could help me after downloading the add on I was about to add it to my world but it said one or more of the dependencies are missing I then added it to a copy of the world and when I checked the only thing available was the iridium armor nothing else could u please help me because I would love to play with this add-on

For now, I will rate it at 3 stars this is not a threat to get you to reply its just an honest opinion because of im not sure if the problem is on my computer or the add-on

June 07, 2020 at 7:14 pm
hey look at me it worked for me all you have to do is add the resource pack and behavior pack to your world after activating the experimental game and everything would be fine
Log in to Reply