SCP Site-42-C is a complete SCP Site with a Light Containment Zone, Heavy Containment Zone, Entrance Zone, And Surface. You can get between each level with the correct key card through an elevator. This is a solo build, built by myself in the past 2 and a half months, and you can contact me on Xbox (Co2byJ98) or Discord (Co1byJ98#0101). 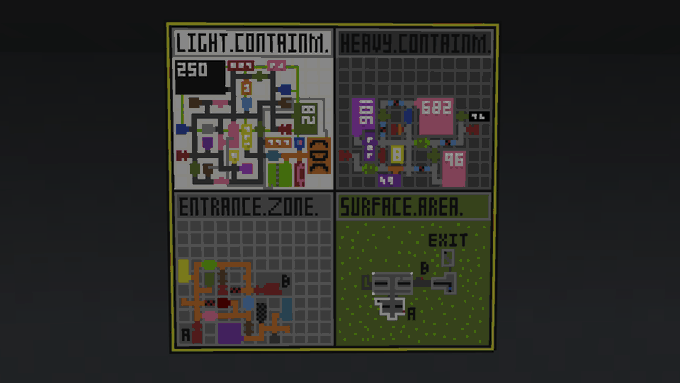 Map of the Facility, as shown above

Teams
This Site has most of the conventional SCP roles to play as. Each role is accessible as soon as you join, and some roles have multiple ranks which are unlocked the more you play. The roles on the Site are:
- D Class Personnel
- Researcher (Level 1, 2, 3, & 4)
- Facility Guard (Ranks Private to Lieutenant Colonel)
- Utilities Department
- Mobile Task Force Epsilon 11, AKA Nine Tail Fox (Ranks Cadet to Commander)
- Ethics Committee
- Serpent's Hand (Ranks Recruit to Commander)
- Chaos Insurgency (Ranks Private and Lieutenant)
- Rapid Response Team (Ranks Cadet to Commander)
- Internal Security Department
- O5 Council
Each team will spawn in their respective room, on their respective floor with their uniforms and gear. They will also have different level key cards depending on their role and rank. 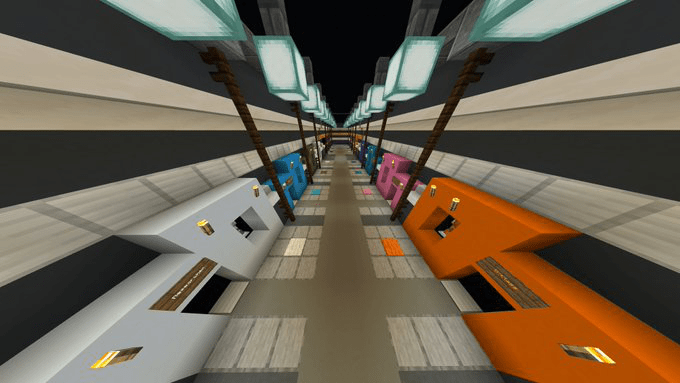 Team Select, as shown above.

Key Cards
Keycards can be used throughout the facility to access different rooms and level. SCPs containment areas (excluding SCP-914) all require some form of key card to access. Lower threat SCPs that are stored in LCZ will require a Level 1, or 2. Higher threat SCPs that are sorted in HCZ will require a Level 3 or 4. Keycards can also be used to access rooms such as the Cafeteria, Sewers/Vents, Armory, Elevators, Nuke Room, and other Areas. There are 11 Keycards in the game, with 2 groups of 5 each having their pupgrade progression using SCP 914
Keycard Progression (1)
- Level 1
- Level 2
- Level 3
- Level 4
- Level 5
Keycard Progression (2)
- Utilities Keycard
- Ethics Keycard
- Guard Keycard
- MTF Keycard
- O5 Keycard
Keycards in the 1st Progression will open doors that require lower level key cards if you have a keycard higher than it. For the 2nd Progression, you need the exact keycard for the specific room your trying to open. You can upgrade and down grade in these progression using SCP-914, and switch key cards between them using 1;1

Loot will be randomly spawned throughout the facility on all floors (although most will be in Light Containment). Loot such as Swords, Bows, Crossbows, Ammunition, Potions, and Key cards will all randomly spawn which can be used by D-Class to help themselves escape. These items (excluding ammunition) can all be put into SCP-914 to upgrade or downgrade them. If you upgrade or downgrade to much the item will turn to dust. 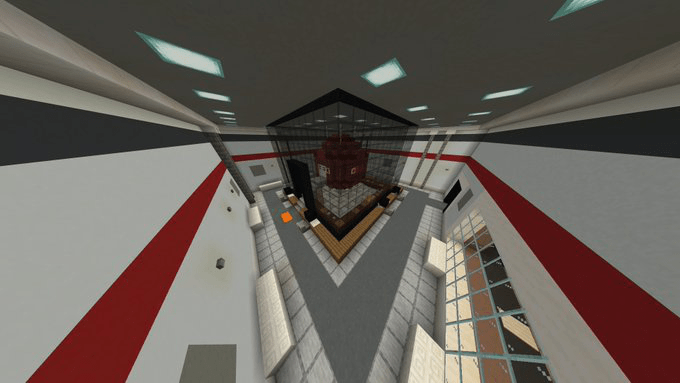 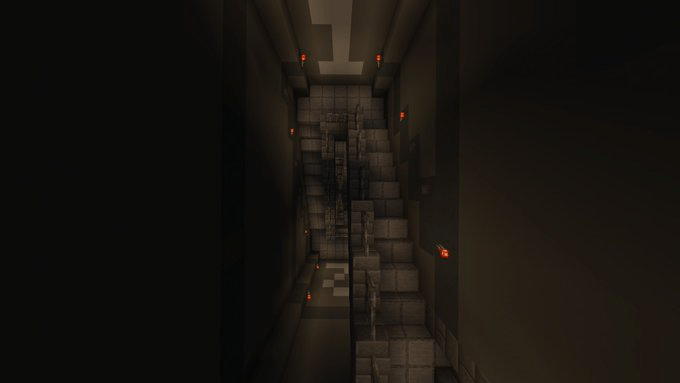 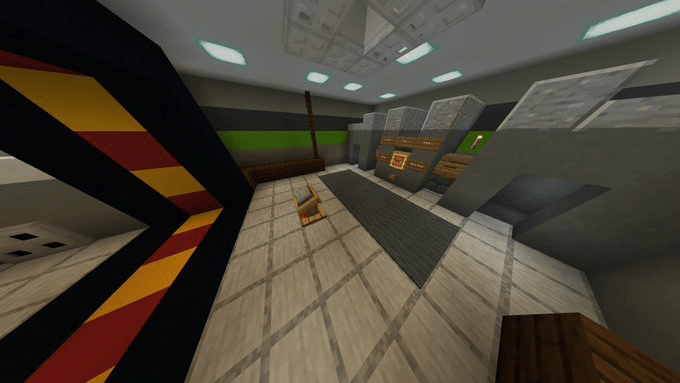 SCP Entity Containment Cells
These SCP Containment Cells do not contain functional SCP (As im a map maker not a addon creator), so if you would like to play with SCPs you should download one of the other SCP Mods on MCPEDL (I recommend BendyTheDemon13's SCP Mod Pack) And you can spawn the SCPs in the corresponding cells 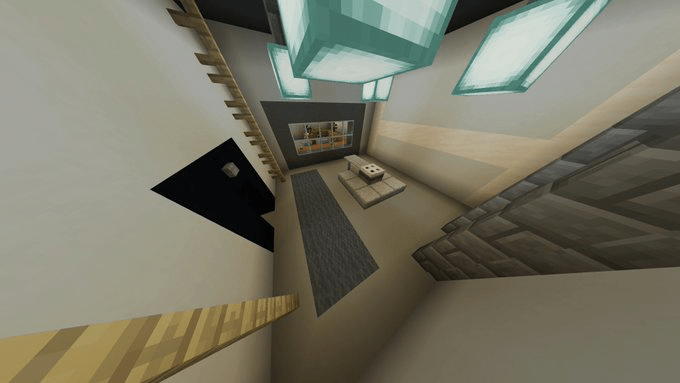 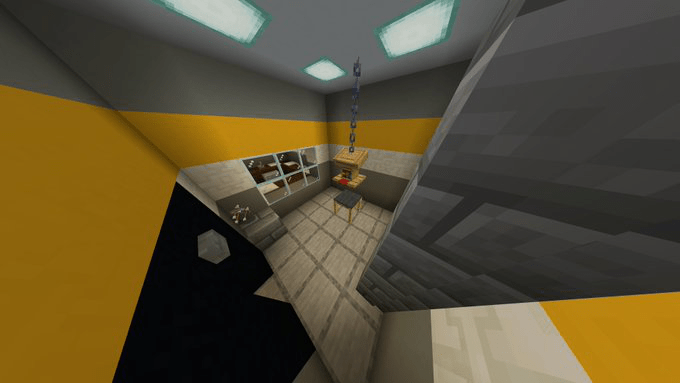 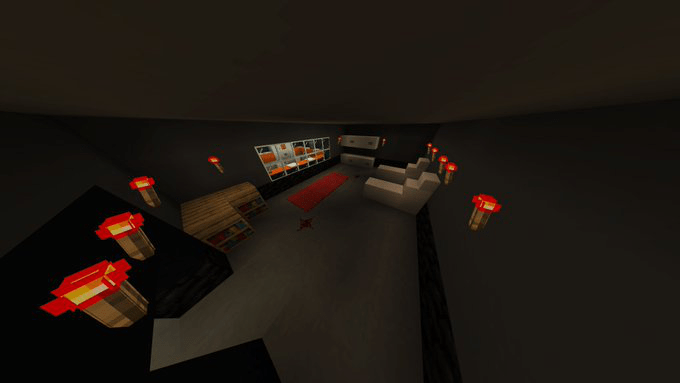 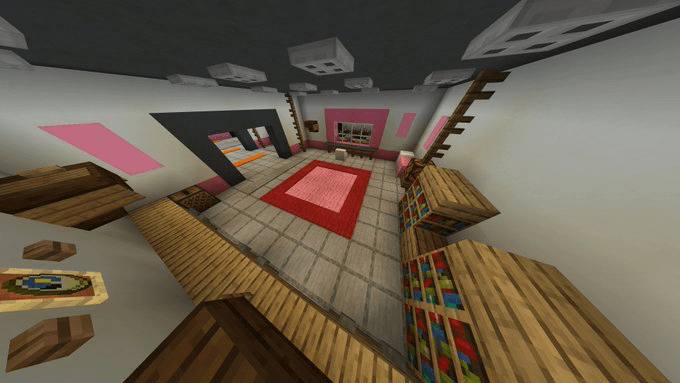 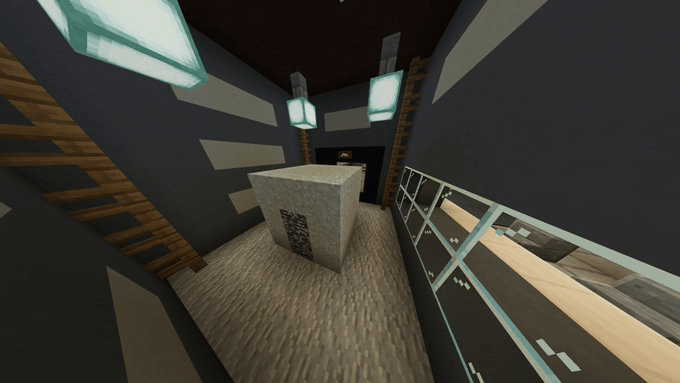 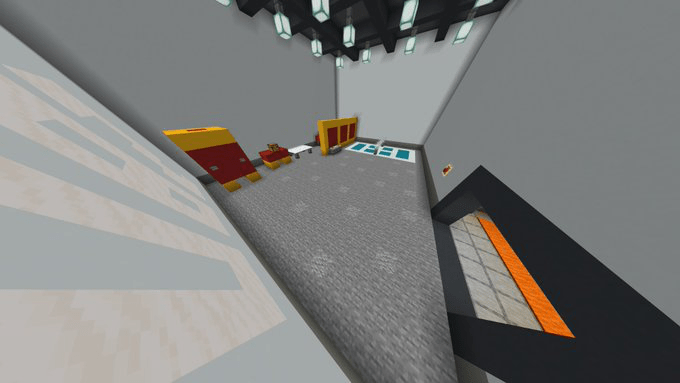 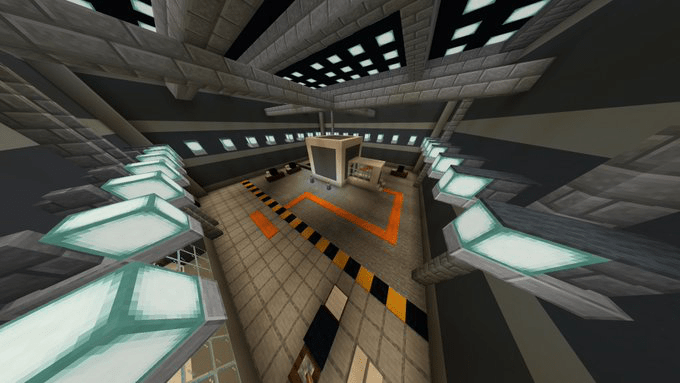 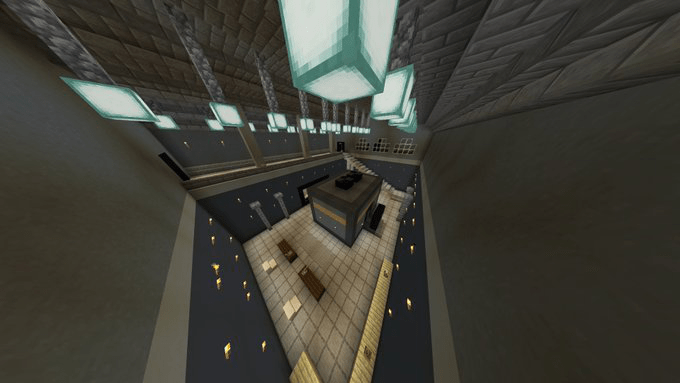 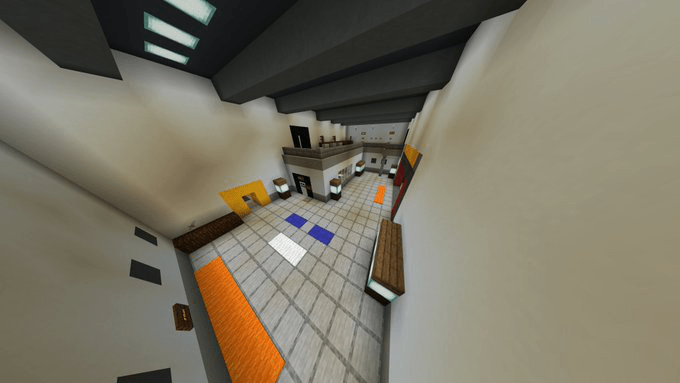 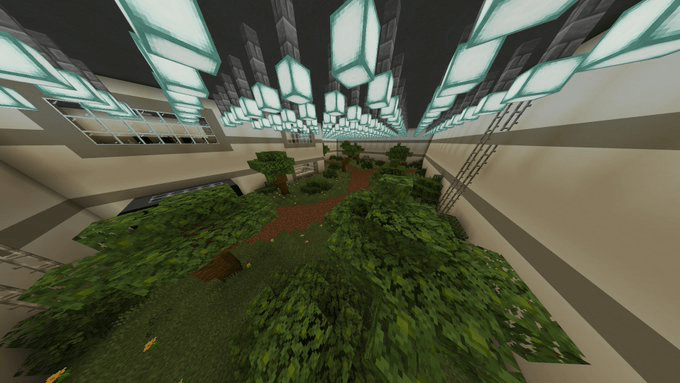 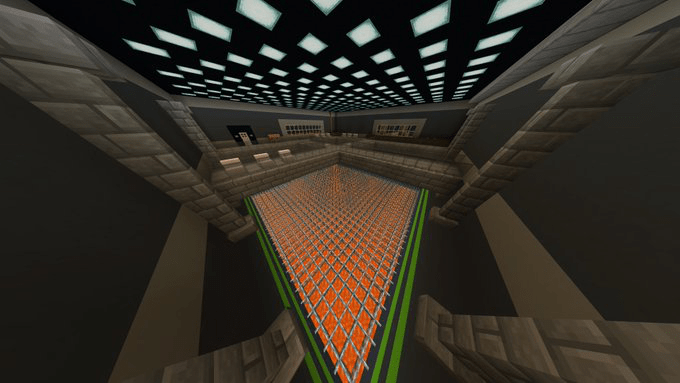 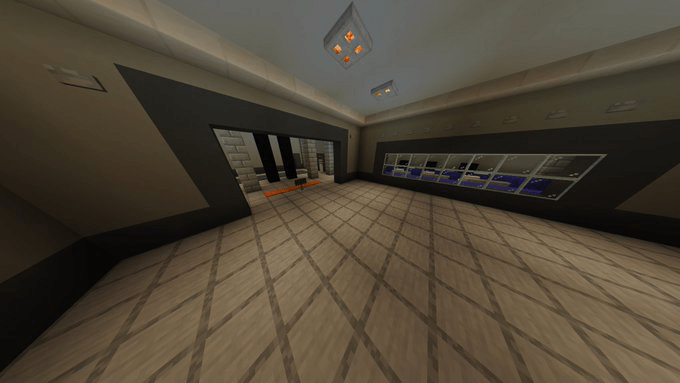 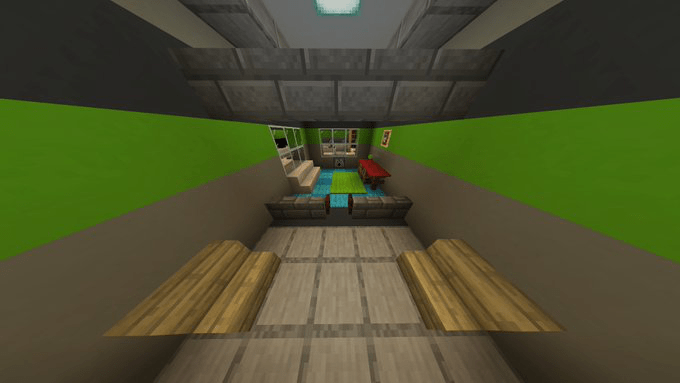 The Facility
Around the Facility, there are many more rooms and features that are noteworthy and that you should know about 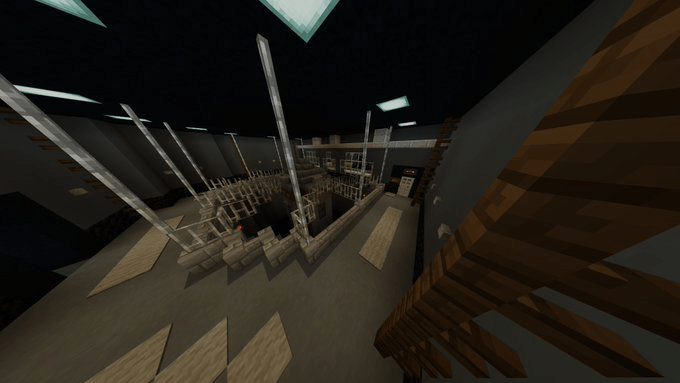 - Sewers (Accessed by Toilets in LCZ) 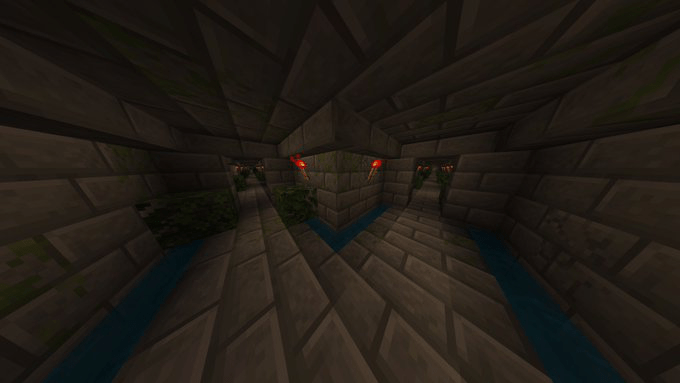 - Vents (Accessed Through Cafeteria and Utilities) 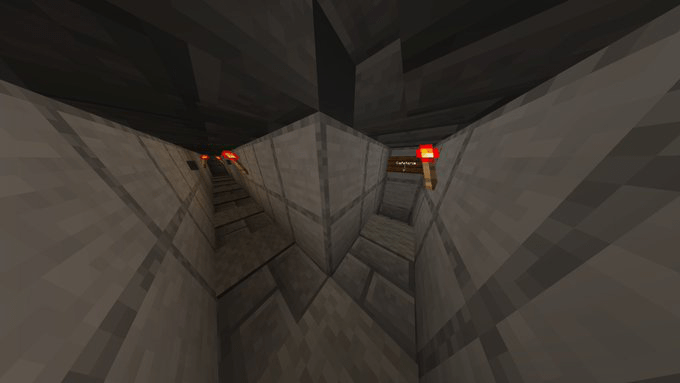 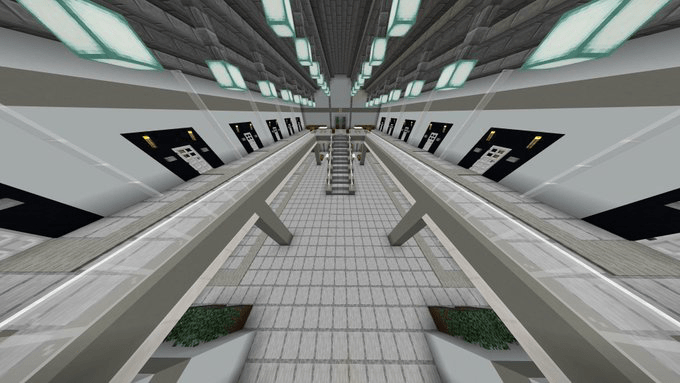 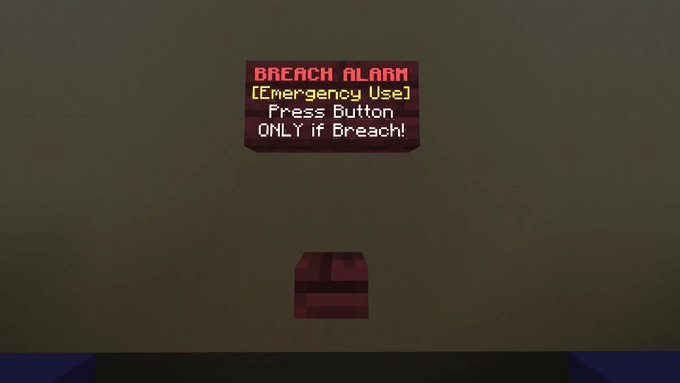 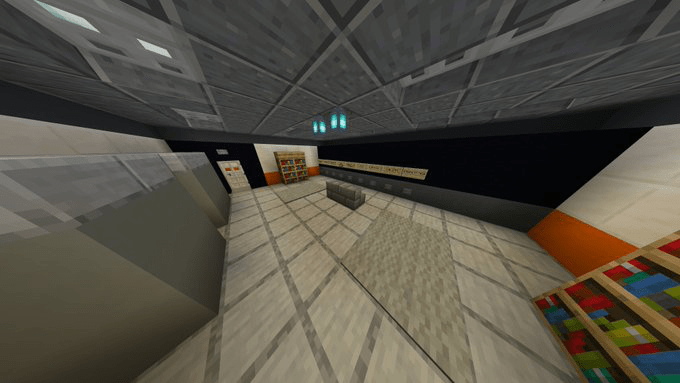 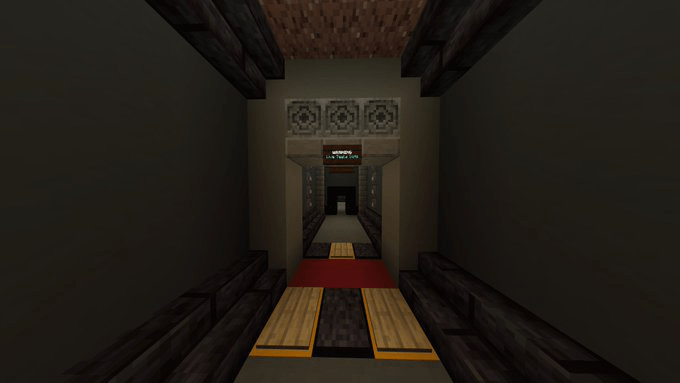 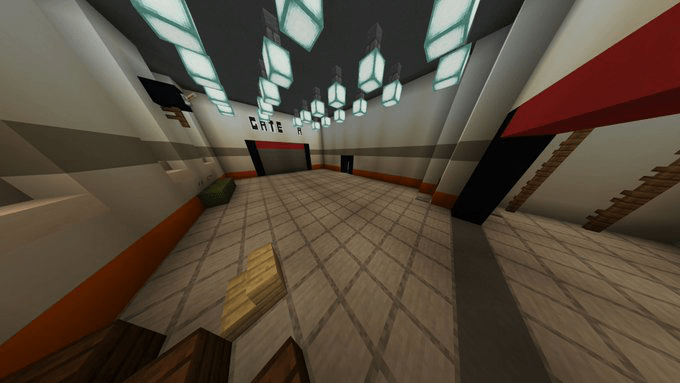 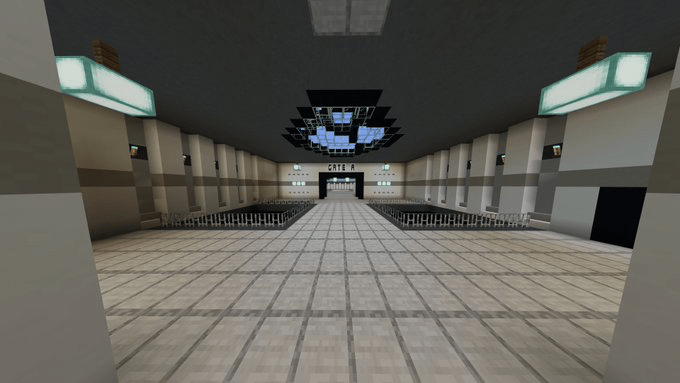 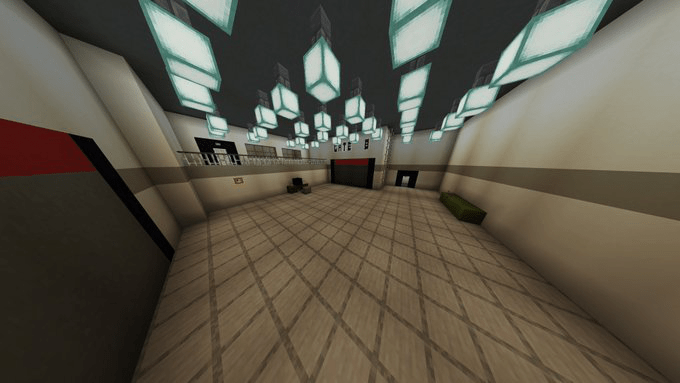 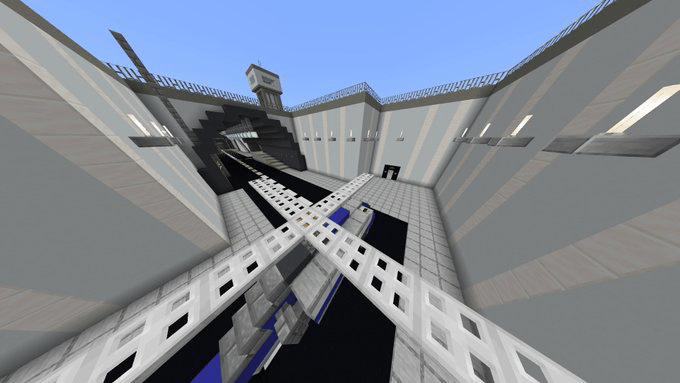 - Exit Area (Surface, This is where D-Class can escape) 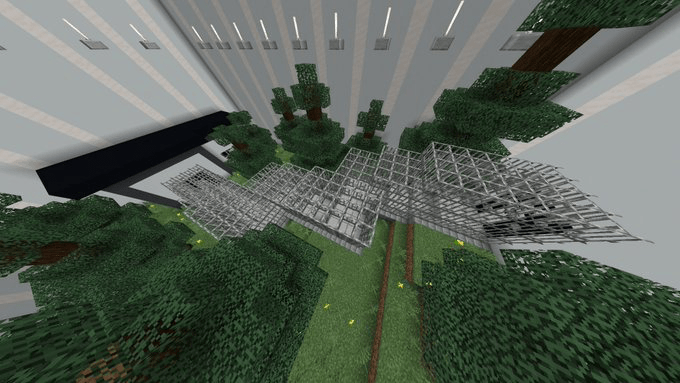 I hope that you enjoy the map, please report any issues to me and I shall fix them and re-upload the map

May 25, 2021 at 9:57 am
Great map! Only, how does the temporary-ban work in the internal security department
Log in to Reply

April 06, 2021 at 11:55 am
Good map. But why I rate 1 star cause I don’t download from adfly. When I try to skip this adfly thing, it wants you to allow notifications. Though lot of effort has been put into the map. Can you change the link pls. Change the link and I will give you 5 star.
Log in to Reply

December 22, 2020 at 10:30 pm
a nice and large map plus a redstone system that works to make this map look really cool.
Log in to Reply