This addon is ambiented in the SCP Foundation universe, but you can use the vehicles as standard military vessels. It is meant to be used along side other SCP addons. If you are building an SCP facility or a military base this addon is perfect for you.

This addon includes four different Foundation vehicles, two of them being attack crafts and the other two cargo/transport vehicles. 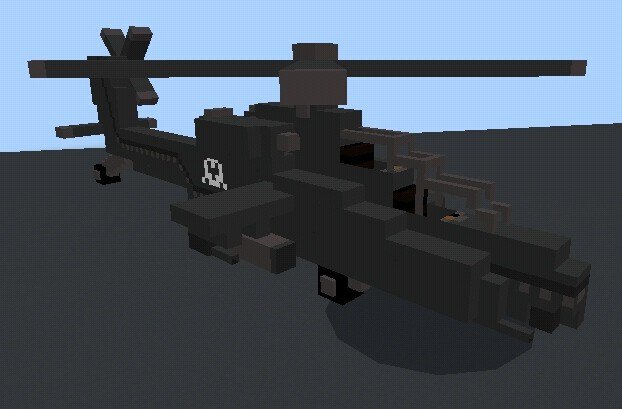 Attack Helicopter: It attacks hostile mobs, it can be mounted by two players/MTF and it has 5 inventory slots. It has an automatic variation that doesn't need to be controlled. 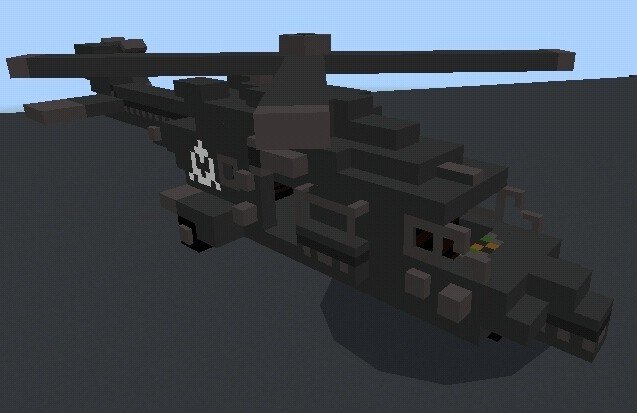 Cargo Helicopter: It can be mounted by 6 players/MTF and it has 27 inventory slots. 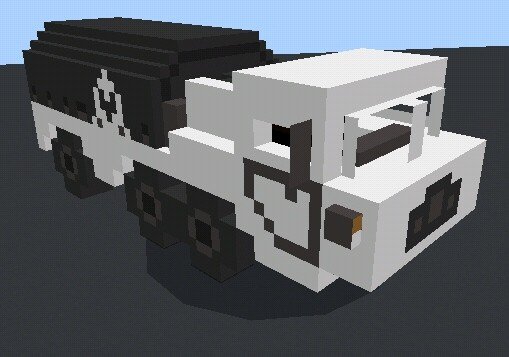 Tactical Cargo Truck: It can be mounted by 10 players/MTF and it has 27 inventory slots.

March 30, 2020 at 10:13 am
How do you make the Mobile Task Forces from Julious’s SCP Addon Mount to the Helicopters/Cargo Truck? I can’t somehow seem to make them mount in it
Log in to Reply

March 29, 2020 at 3:38 am
I downloaded the file and opened it (it brought me to MCPE) but it said it failed to load it because it was “not a valid zip archive” ugh. i really wanted to play this
Log in to Reply

March 20, 2020 at 12:26 pm
Quick suggestion, could you please collaborate with Bendy the demon18, so that his SCP foundation addon works with this addon? I think that would be awesome
Log in to Reply

June 04, 2020 at 2:23 pm
I think the same as this guy. Mix your addons. Find whats good from each of your addons and make something better out of the combination. Not saying any of them are bad but combining them would be cool. For example guns from bendythedemon blocks keycards and doors from Julius scizzor.
Log in to Reply

February 02, 2020 at 7:46 pm
hey dude i don't know why? but when ever i get into a non automatic helicopter and try to fly it my game crashes other than that, good addon 4 out of 5
Log in to Reply

January 28, 2020 at 12:38 pm
This is awesome, I always said we need More aircrafts. The design is perfect, but of you could make it go further and not jump like a horse that would be great.
Log in to Reply

January 25, 2020 at 2:29 am
Definetley that good even saw the mounting the vehicles except they cant control it but ITS DEFINETLY GOOD DOWNLOAD IT
Log in to Reply

January 11, 2020 at 5:15 pm
Now I go to update with this files my previous version so thanks aaaaaa... O yeah and many thanks for uncharted my experienced to play Minecraft
Log in to Reply

December 23, 2019 at 3:29 am
This is good and all but how on earth do you summon these vehicles? Unless I'm really blind or something is broken, I can't find anyway to make these things appear. There should at least be a sentence describing how to use the mod
Log in to Reply