A long time ago, a scientist tried to create other bosses to the game, ended up failing the experiment and created a three headed aquatic boss! And it's your job, to stop it! 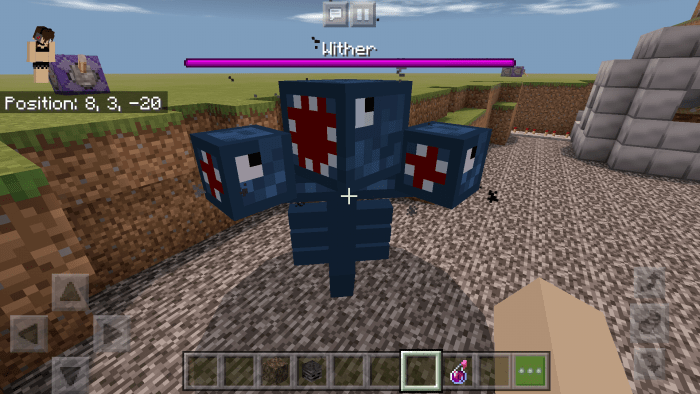 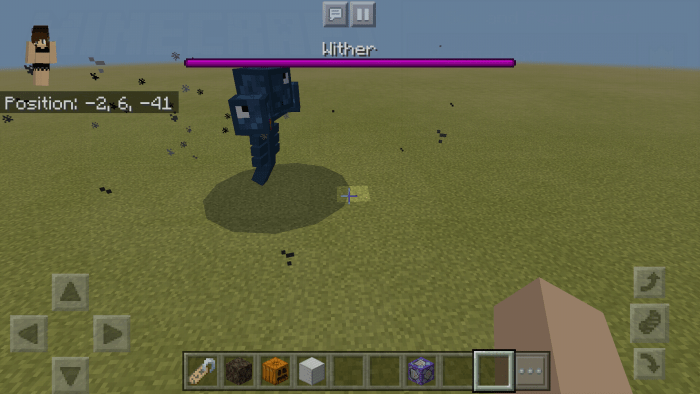 Here's an example of the Squid Boss attacks not even close to scratching a dent on the Iron Golem! Like I said, it's attacks are kinda sloppy... 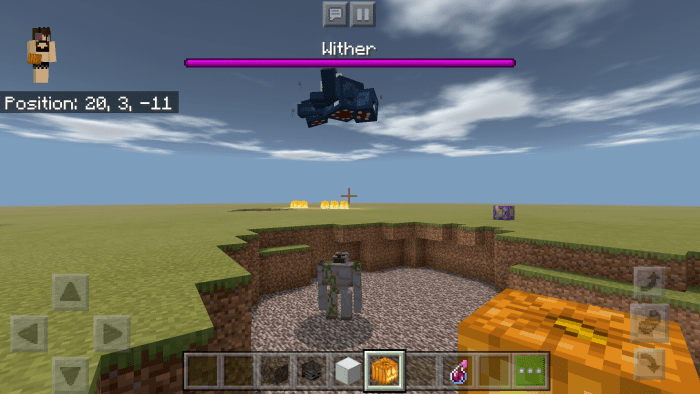 Prior to 1.0.1 Update (Last Update), we've added in other mobs to make this Add-on a tad bit more fun to experience. 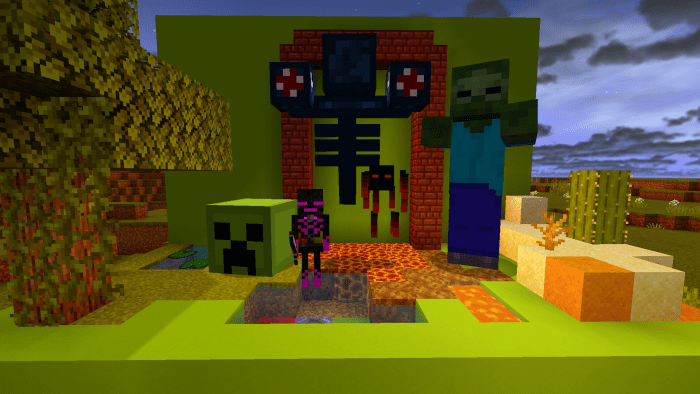 Mobs in the screenshot above: 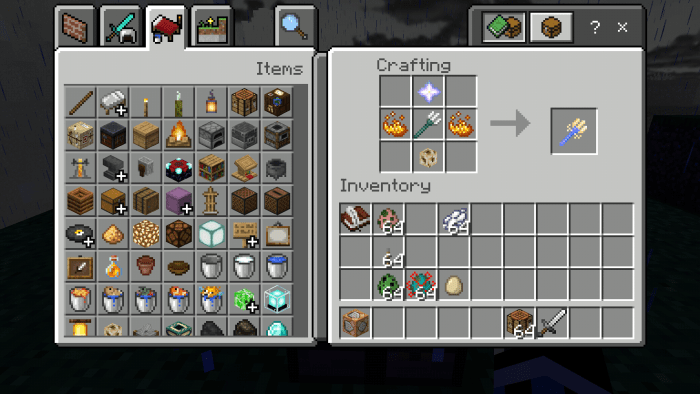 Here are the specialties for the mobs!

• Squid Hybrid Boss is scared of its own kind (Bugged)

• When Hybrid Skeleton is struck by lightning, has a slight chance it'll change into an Enderman on a 5-hour energy drink, unless it gets struck directly..

You are not allowed to:

Disclaimer: This Add-on was made prior to update 1.14 (not beta), so.. somethings might break..

- Added ability that Squid Hybrid Boss would be scared of its own kind (bugged feature, will be fixed in the future)

- Added a feature where Hybrid Skeleton would turn into an Enderman that's on a 5-hour energy drink.

- Tweaked a couple of size changes, especially for the Mini Giant (Requires verifications).

Use either Ad.Fly or Mediafire links. Do not use other links from unknown sources, as that can rewrite my work and suspend it.

January 20, 2021 at 8:58 pm
You just changed some things about the mobs and changed the textures, I wouldn't be surprised if you used an addon maker or something like that
Log in to Reply

June 07, 2020 at 10:09 pm
by the way, you don't own those textures, get outta there with that "Give me credit in the description to any of my social media." or "Dont Modify the behaviors/ textures of the mob!", like that'll ever happen
Log in to Reply

June 15, 2020 at 4:16 pm
Don't worry, hater of mine, I have another Addon that doesn't do any of that replacement at all. Here, you hater: mcpedl.com/ravage-and-savage-addon/
Log in to Reply

October 12, 2019 at 10:21 pm
How many times do I have to say? I still don't know how to make a custom entity yet!! Stop telling me that, or I will keep making more of these addons that replaces existing mobs!!
Log in to Reply

October 12, 2019 at 11:50 pm
Please keep making addons that replace mobs. I cannot and never will be able to use ones that don't
Log in to Reply

October 11, 2019 at 9:40 pm
Thanks for the addon, ThisJob. Now my world will be infested with nothing but squid madness now.
Log in to Reply

October 11, 2019 at 9:05 am
this addon is more like a texture change to the wither instead of a normal addon.
Log in to Reply

January 20, 2021 at 8:58 pm
You just changed some things about the mobs and changed the textures, I wouldn't be surprised if you used an addon maker or something like that
Log in to Reply

October 23, 2019 at 3:56 pm
So its a retexured wither, with modified health, the problem is, ANYONE CAN DO THAT. ESPECIALLY SINCE YOU USED AN ADDON MAKER
Log in to Reply

April 05, 2020 at 1:07 pm
I'd have to agree. Creator said "you can't take my textures" in his description when it very clearly is not his. Add-on Maker gives out the textures for people to use, so him claiming them is not right
Log in to Reply