Translations for Minecraft contains translations for 93 different languages. Even ones which already existed have been greatly improved to provide a more accurate translation for everything from items and blocks to in-game messages. It includes languages such as Swedish, Pirate Speak, Vietnamese and LOLCAT.

Once you’ve installed the resource pack and toggled your language in the the game settings you’ll immediately see some of the translations. However, some things will remain in English as the translation files aren’t yet complete.

Here you can see some texts which have been translated using the LOLCAT language. 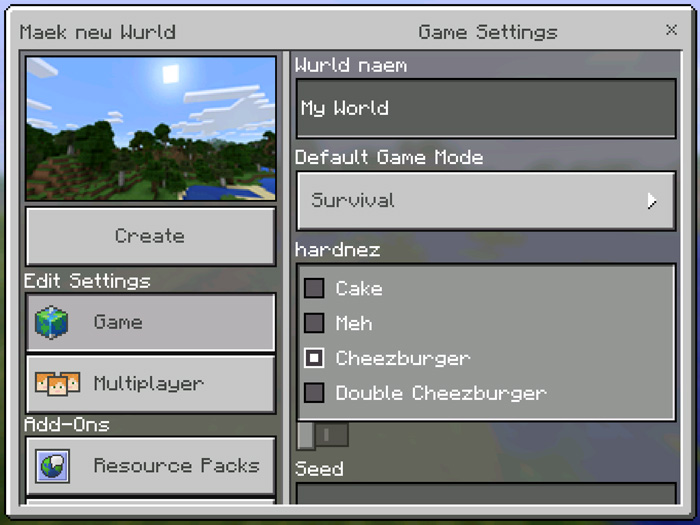 It’s primarily in-game that you’ll notice the big differences as every item, block and in-game message have been translated. Here are some examples using a few different language packs: 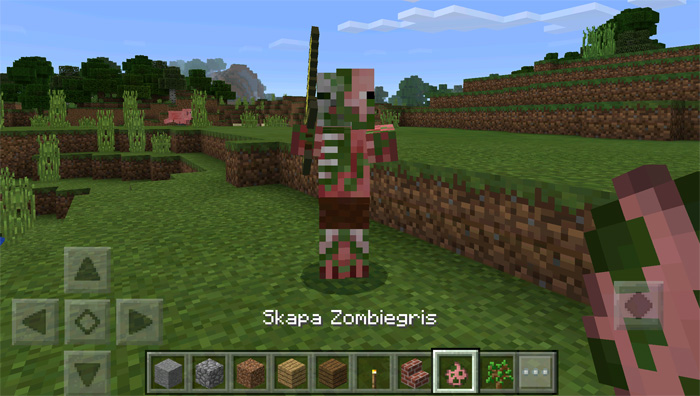 The ones in bold are the new languages and the ones which already existed have been heavily improved. In the list down below you’ll find the English translation for each language.