This script/shaders pack changes the movement of the water, so that the water in your minecraft gameplay becomes realistic. This pack includes 6 options, which are the  normal waves, the wavier waves(faster), and the other 2 options are experimental(which are the stormy waves and tsunami waves). This was coded with Open GL 2.0. With the renderchunk.vertexhlsl (used to change the movement of the water) and renderchunk.vertex(to give the water a variable.)

I will only show a few just so you can make out the difference. 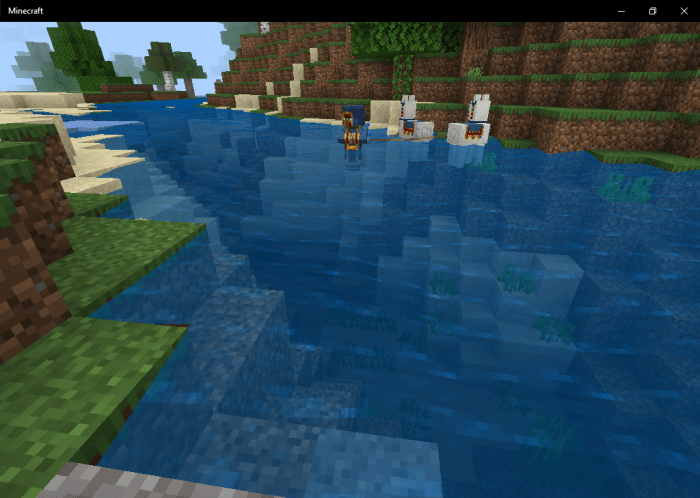 This is your normal vanilla feel, with smooth and steady water waves. Good for survival lets plays. For the shader nerds the float increment, was increase by 2 percent on the x, y and x cords. 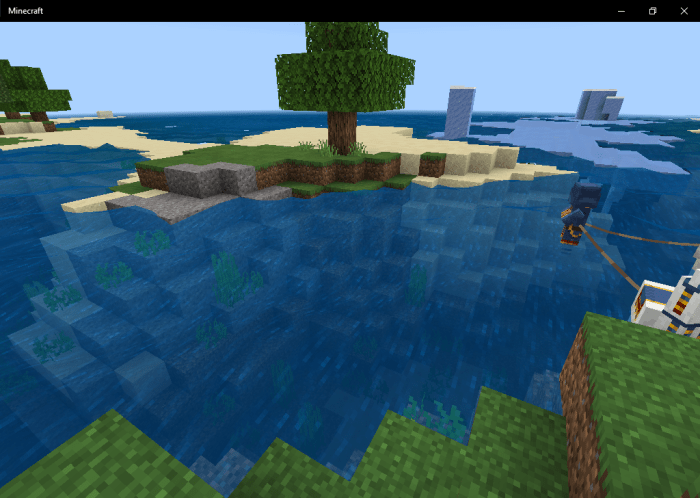 You probably wont notice the difference.

This one was made faster than the first one by 40 percent, I intentionally made it like this to make it have a realistic feel. Out of all of them, I think the one is the most realistic one in my opinion. 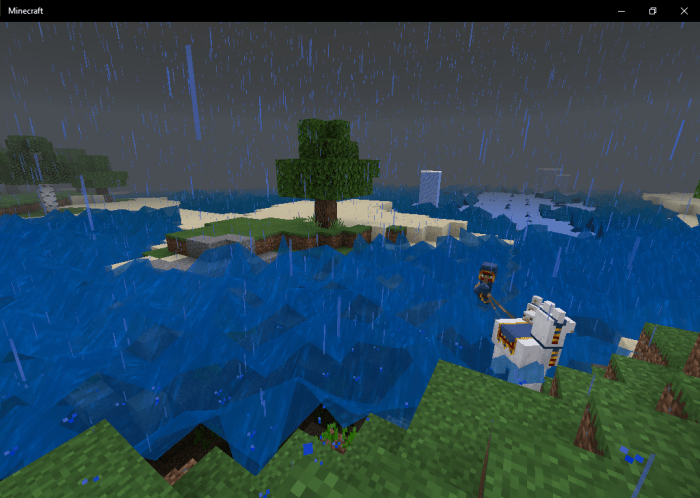 Keep in mind this one is still experimental and requires more math the my old ones. This bug will probably be fixed in version 2(if there is a version 2). This water only fits for rainy days and will probably fit in if you are in a snowy biome.

There are still 3 other ones. But these 3 are the ones I have decided on to be shown.

BTW if you want to mess around with this feel free! :D

This pack is free to modify.

December 30, 2020 at 8:30 am
hey PolrFlare, i have make and upload videos about showcasing this texture, but i gave peoples wrong link perhaps because it said error 404, i just wanna thanking you for let me use this texture in my video, by the way i love polar bear like in cereal box
Log in to Reply

October 21, 2020 at 1:40 am
i added it to my world and it made the entire world flash and glitch (only visually) and it wasnt supposed to happen but i liked it so good job
Log in to Reply

August 20, 2020 at 8:18 pm
Does not work on Windows 10, therefore, a complete disappointment to me as its only a resource pack
Log in to Reply

August 19, 2020 at 10:22 am
Awesome Addon Dude. It Is An Interesting Concept Like No Fancy (Insert Expected Shaders Stuff) But Without That. I Had Fun Reviewing This Add-on On My channel Good Luck On Future Add-ons!!! :D
Log in to Reply