Snipe away and easily hit your targets! Help maximize the efficiency of your aiming. Supports usage of a Bow, Crossbow or even a Trident! Works in in your Local Multiplayer, against other players.

We aim, you fire! With some simple controls, you can be able to easily target mobs around you!

Hold either a Bow, Crossbow or Trident, and then: 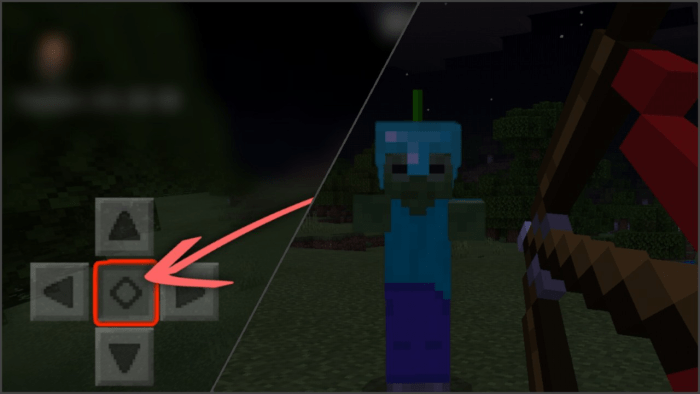 You can choose wether to enable or disable auto aiming, by simply sneaking / crouching or not.

By using the auto aim feature, you may not be able to move properly unless you stop sneaking. This is to focus on the target.

This add-on is not intended, and will not work on servers or other multiplayer worlds you do not host. You can't use this add-on as a hacking get-away.

This add-on is currently designed to help you aim, as it can't replace how you as a player originally aims well. It is not perfect.

Aim specifically. You can now choose wether to target closest or the farthest mob. Nearest can help you aim to the nearest incoming Creeper, or scope them from afar by using the Farthest.

Using a Texture Pack is no longer mandatory. You can still, however, apply it and see arrow hints above your target! Also take note that you may need to enable Experimental Gameplay to your world's settings.

(Note: Dont notify this update to everyone)