This add-on greatly tones down the power and radius of normal Creeper explosions. With this add-on enabled, Creepers will be unable to cause major damage to builds or the landscape, and won't even leave a dent in stone blocks.

This add-on is mainly for those who wouldn't mind normal Creeper behavior, as long as they aren't able to blast you and your pets into oblivion if they do get the jump on you. That said, this add-on does still allow Creepers to explode, but their explosion radius is greatly decreased and the blast only damages soft blocks, such as dirt. Harder blocks such as stone are left unharmed by Creeper explosions with this add-on applied.

Example: I stand outside minding my own business while a Creeper approaches. 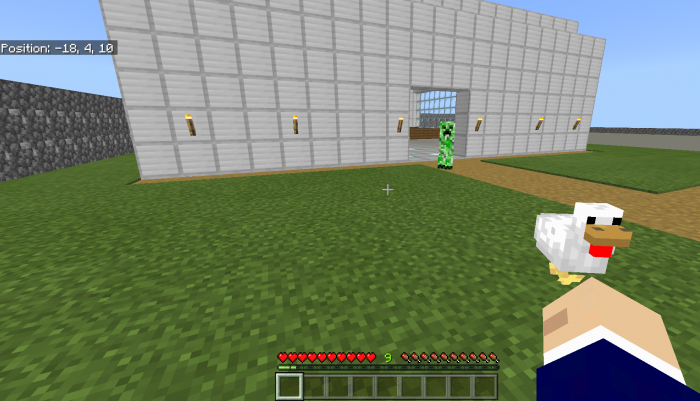 Result: While the chicken decided to run away in terror, it can be seen that there wasn't any cause for alarm, as I took no damage despite not moving an inch. The only evidence a Creeper was there is a small 2x2 hole. 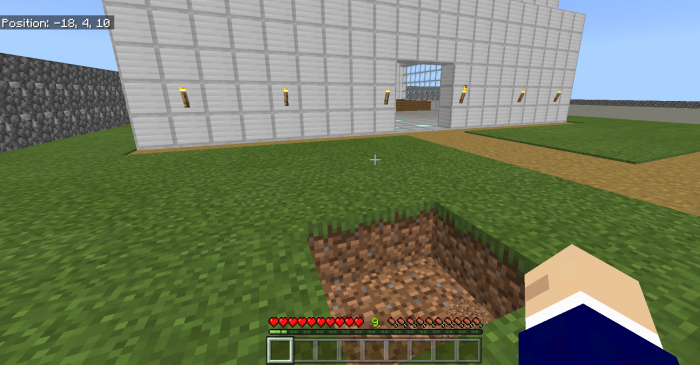 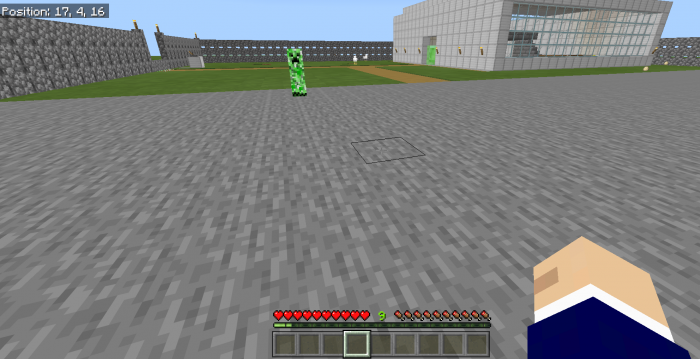 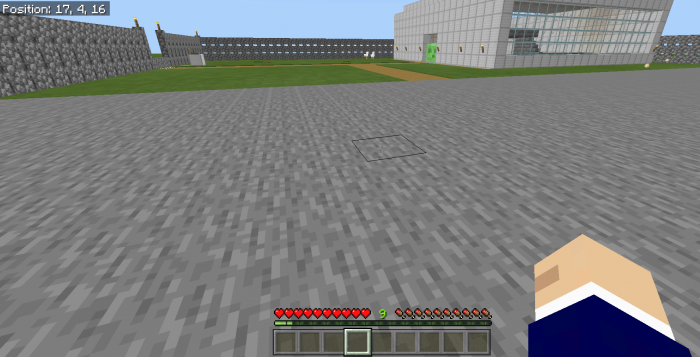 A few things to note:

- While also reduced, Creeper explosions still cause blast damage to mobs, including the player, if they're close enough. So, if you decide to try to hug a Creeper, you'll still get hurt a bit.

- Charged Creeper blast strength remains unchanged in an effort to not make it more difficult to obtain mob head items.