Lets go back in time to an era that looked more futuristic than the present, the retrowave styled 80's! What better way to do it than to travel in time in the classic DeLorean DMC12! This is the car that you think when you think about the 80's, no matter if you're a car enthusiast or a normie; that's how iconic this car is! (Credit goes to the Back To The Future franchise!)

Of course it may be unreliable, with a speed of 88mph, a speed below average for a quote-on-quote "sportscar" with a price of around $25k at the time. You might as well buy or save up to buy an R32 or a Mustang which are better performing cars. But lets put aside performance issues for a while, we can swap engines later. Lets just admire the design of the iconic and rare DMC12!

"The DMC DeLorean (often referred to simply as the "DeLorean") is a sports car and was the only automobile manufactured by John DeLorean's DeLorean Motor Company (DMC) for the American market from 1981 to 1983. The car was designed by Giorgetto Giugiaro and stood out for its gull-wing doors [...]" -Wikipedia

One could only imagine the bright future the DMC12 could have, had DMC did not face bankruptcy and the framing of John DeLorean. On a more positive note however, people out there have made more reliable and powerful DeLorean's by swapping it's stock engine and other improvements to it and whatnot. So hey, atleast now you know that some actually powerful DeLoreans do exist!

Has mediocre speed, 2 seats, a container slot meant to be a container or a glovebox, animations and sounds.

Has 2 variants and a total of 3 colors. 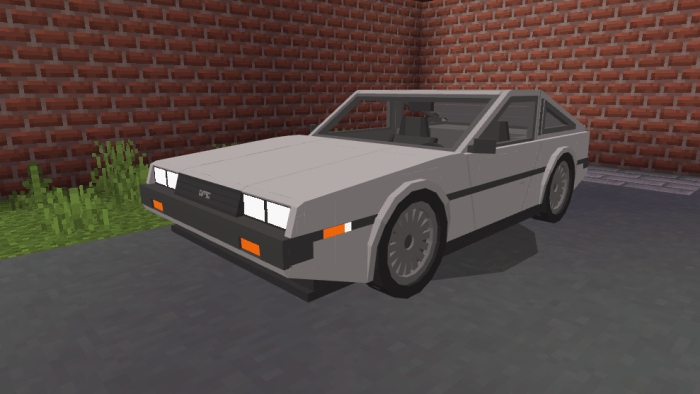 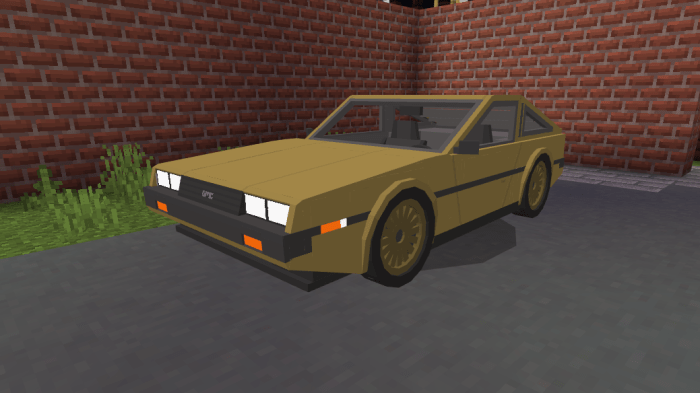 2) Time Machine variant (Back To The Future)

You can switch the Time Machine from Grounded variant to it's Hovercraft variant by using a custom item added along the pack called "DeLorean Controller". Tutorial below! 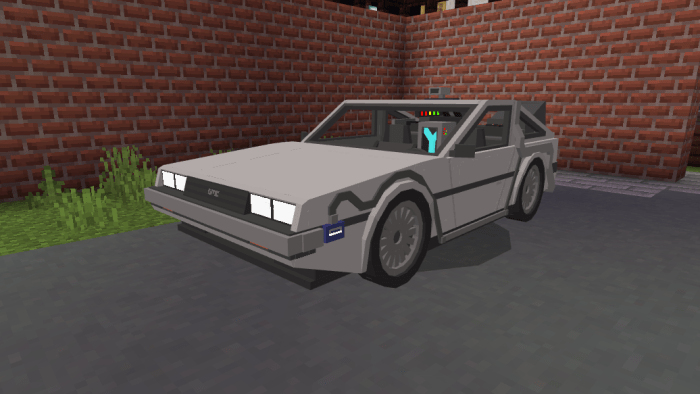 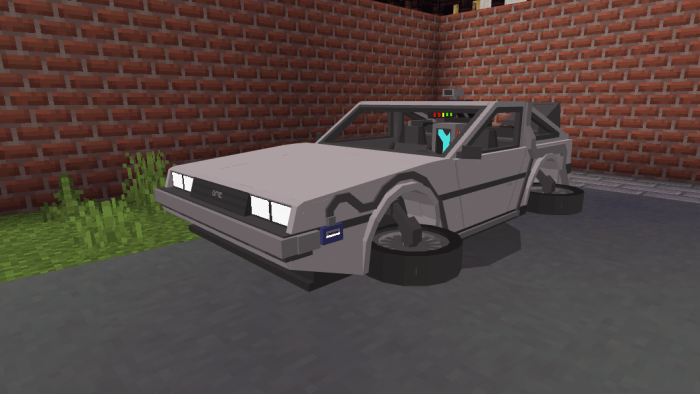 How to change variant

Heres a GIF of how to switch from Grounded to Hovercraft. You will need to use an item called "DeLorean Controller" which you can get in the Creative Inventory. You will also need to be in Creative mode as Minecraft doesen't allow item interaction with mobs in survival mode. 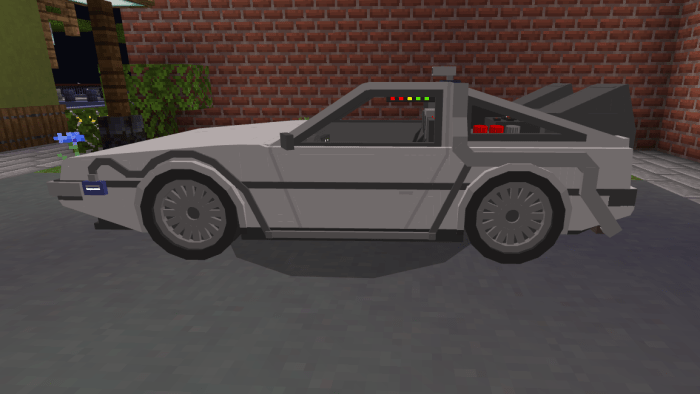 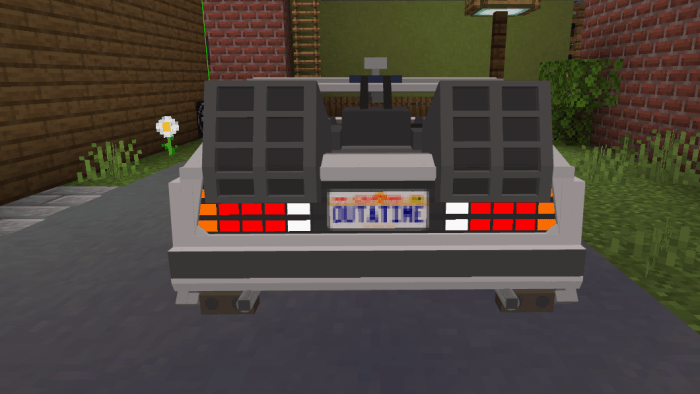 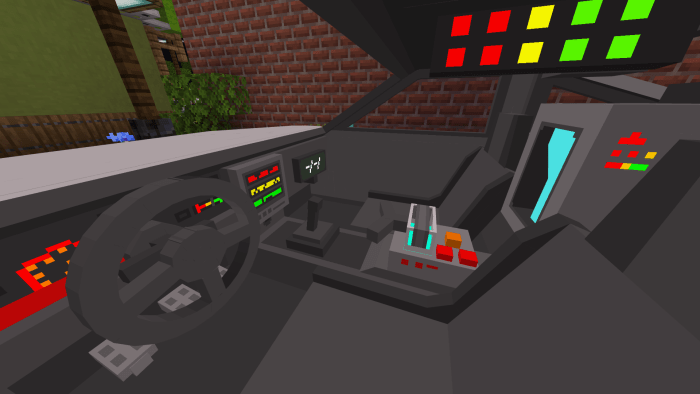 Fire trail (Only for the Time Machine Grounded variant, as per Back To The Future.) 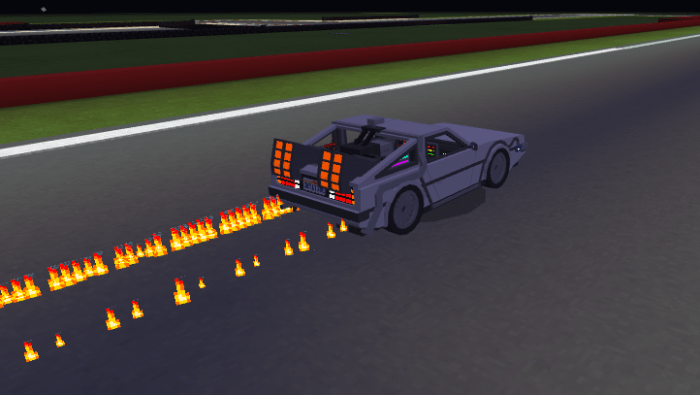 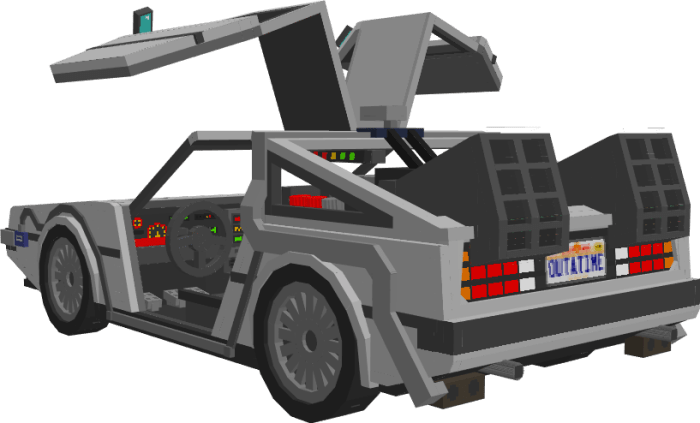 Method 1: Get their spawn eggs from the Creative Inventory. They are classified as spawn eggs.

Note: ashminggu01 is my brother's account. He usually can be found on Hive servers playing SkyWars, unlike me who rarely plays Hive, so if you ever find someone with "ashminggu" in their name, than that's most probably him!

Credit goes to MCPEDL user Marley Largado for suggesting this car! Thanks again for the suggestion!

July 27, 2021 at 2:32 am
I have a problem when i go to activate the behaviour pack in my world it says incompatible. Fix this pls.
Log in to Reply

June 22, 2021 at 3:07 am
Is it possible to remove the fire trails or even them on both sides of the delorean? Because one side contains more than the other side.
Log in to Reply

June 12, 2021 at 3:20 pm
I want to learn how to create this kind of addons, but I don't know where to start. I don't no any coding but I'm ready to learn since It's summer. Can you help me out by giving me some videos or a anything more that could be helpful? please?
Log in to Reply

February 07, 2021 at 10:12 pm
In fact I would love to return in 2017, Since in 2020 there was a problem in that time with Coronavirus. Now I have to fight the Covid-19 and the Pandemic. Although It Would Be a Disinfectant Alcohol, But It's Energiant🤤
Log in to Reply

February 05, 2021 at 1:59 pm
When you'll finish the NFS cars series? I recommend Rachel's 350Z from NFS Underground 2 or a Polestar 1 Hero Edition from NFS Heat but if they're too hard try the Pagani Zonda Cinque NFS Edition from NFS Hot Pursuit 2010
Log in to Reply

February 03, 2021 at 9:35 am
Here's another thing: l'll probably spam with my requests until the developer will reply to my comment with agreeing or disagreeing or taking into consideration my request.
Log in to Reply

February 03, 2021 at 8:28 am
I love everything in this addon and here's my request: Toyota GR Supra and 2004 Opel Zafira OPC with Irmsher grille
Log in to Reply

February 03, 2021 at 8:04 pm
Not so sure about the Opel Zafira, though I may take into consideration the GR Supra, although it might be a little hard to model (primarily the headlights of the car). Will jot down the GR Supra into my list and see if I can try and make it into my schedule of plans!
Log in to Reply

February 05, 2021 at 2:22 am
Ok, no problem, l understand that the GR Supra might be quite hard because of these shapes and l want the Zafira OPC for just one reason: gray one with blue stock rims and with lrmsher grille is my father's car so that's why l want it
Log in to Reply