Do you feel very lonely? You do not have friends? Do you want to have "human" company? Are you forever alone, introverted, or simply antisocial?

Well then this addon is for you, my dear and alone friend

Well, to start, you should know that there are 2 new entities, which are:

These two entities are able to appear in any biome belonging to the overworld, with an 87.5% probability of spawning in a chunk near you.

Without further ado, we delve into Steve, the first entity.

Steve is the male entity that this addon adds, with the texture of a steve default without any news regarding that.

Steve will always appear equipped with an iron sword and will attack all hostile mobs except the ghasts and the Ender dragon for obvious reasons.

Steve can be tamed with any food the player can consume.

Once tamed, it will follow the player and attack all monsters near the player

So now let's move on to the basic stats. 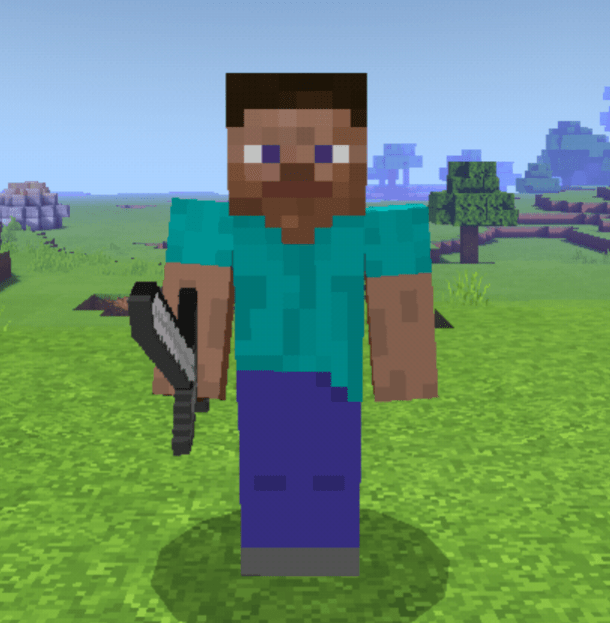 Alex is the female npc that adds this addon, with the default texture of alex that Minecraft adds.

Alex will always be equipped with a bow, so she will only attack from a distance.

Alex will attack absolutely every mob in the monster category except the enderman because he can teleport.

Alex can be tamed with any food that the player can consume.

Once tamed, it will follow the player and defend him from any monster.

So now let's move on to the basic stats. 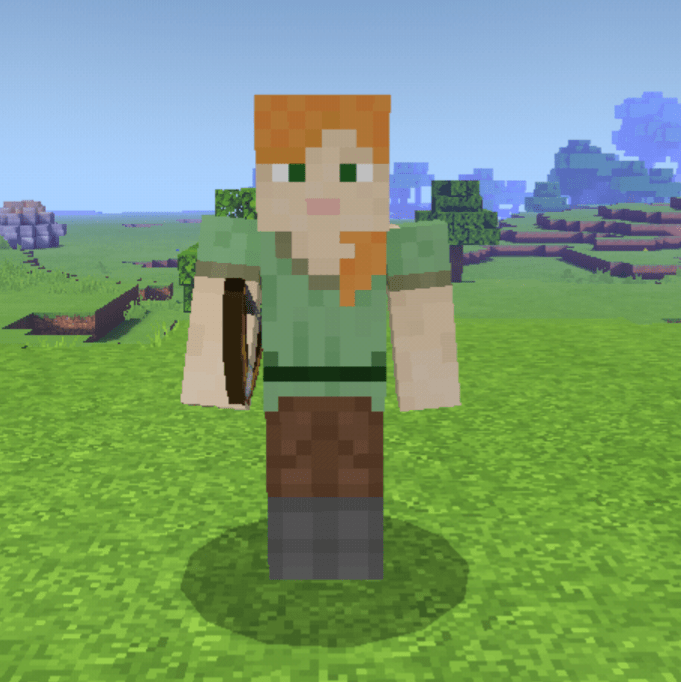 This has been everything from this addon, remember that any situation can be explained to me in the comments to see if I can solve them ^-^

I was wrong to say that it has 25 life points, when in reality there are only 20.

1- Choose your download file, either .Zip, or .Mcaddon. It will send you directly to mediafire.

2- Download the file. It does not have virus, calm

3- If it is .mcaddon, just press the recently downloaded file in the notification bar, or if not, go to your file explorer, go to the downloads folder, and press the file you just downloaded.

If you have done it correctly, you will be redirected to Minecraft

4- If it is .Zip, then go to your file explorer, unzip the zip point, and it will give you two folders, the behavior pack and the resource pack.

Just open and close Minecraft and you will have the addon.

April 02, 2021 at 10:08 pm
i apparently cant edit my comment so im re typing it. there both invisible even though i have both experimental mode and the resource pack on
Log in to Reply

March 12, 2021 at 9:06 am
Its a cool mod, looks cool. I just cant figure out how to spawn him. i heard something about experimental game play but idk what that is, is there any way to summon him in creative? or do they spawn just in survival, randomly.
Log in to Reply

January 01, 2021 at 10:21 am
Can you make it where they can turn into zombies? And you can cure them with weakness and golden apple?
Log in to Reply

Guys,you just have to turn on experimental gameplay to make the add-on work

November 18, 2020 at 2:10 am
Cool,i can get extra loot after war beetwen the Alex and Steve with HOSTILE mob ?,sometimes i find Steve or Alex in baby size but wear a normal size weapon,can you fix it?,and maybe you can add derpy Steve (noob) too,it Will be great
Log in to Reply

December 01, 2020 at 2:50 pm
I am looking to solve the problem of babies, because yes, I have noticed, but at the moment I cannot find a solution, I suppose the best thing is to leave the babies without weapons.

And yes, in the next update I will add a version "Noob" of Alex and Steve, I hope the update will come out this year

December 01, 2020 at 2:47 pm
Well, I'm so bad that I use Addon Maker, that explains the poop of "Op swords", and its well-deserved hate. In the App you can create villagers with player models and well ... that's how I made Alex and Steve
Log in to Reply