I wanna to watch some videos about Gogoriki in Minecraft on our favourite Russian youtube, but.... I found awful minecraft videos((

It's awful. So I made nice Gogoriki add-on that adds cute and beauty characters. 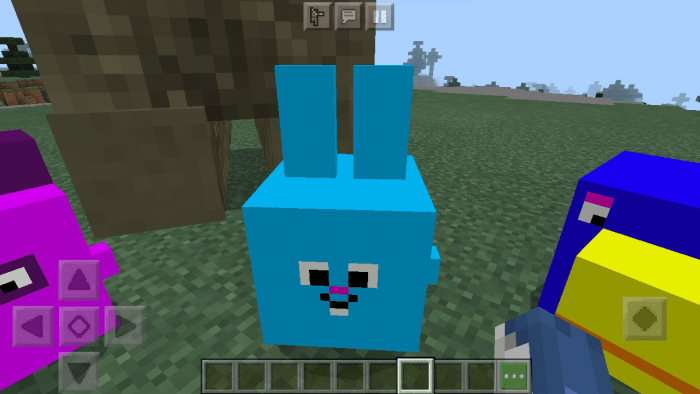 Spawns everywhere. To tame it use carrots or golden carrots. 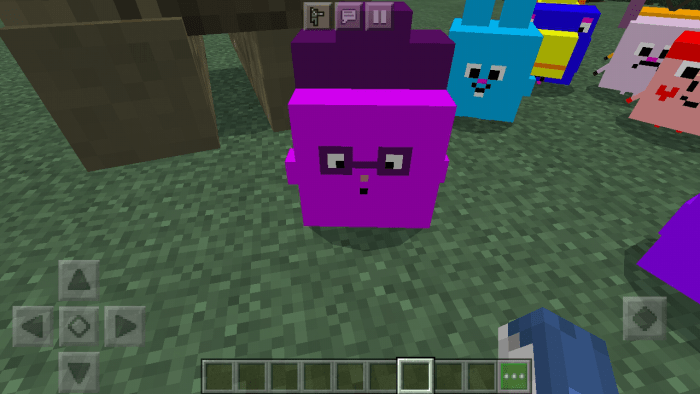 Model and texture , were changed. Spawns in mooshroom plains. Tamable with using mushrooms. 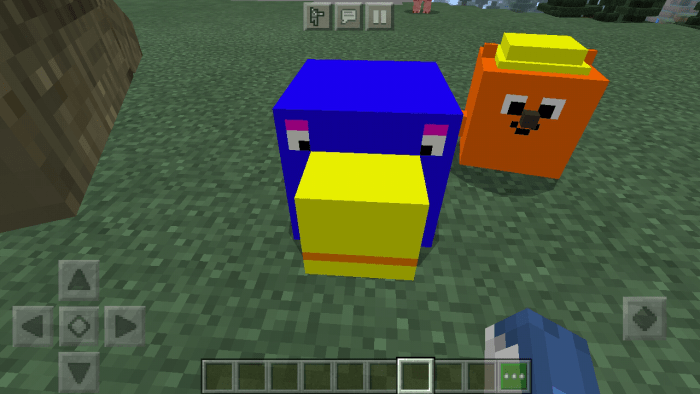 Spawns in jungles. Tameable with using any types of seeds. 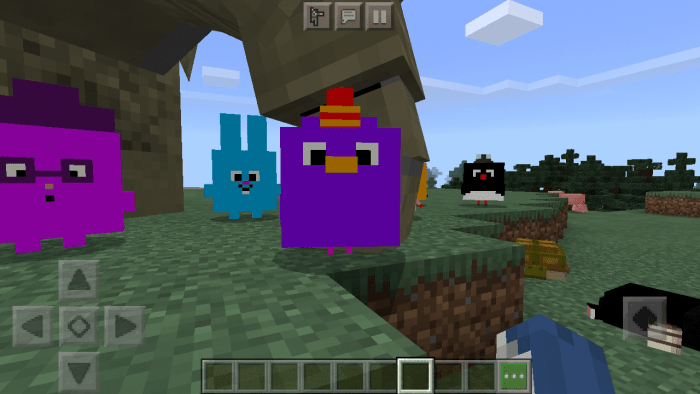 Spawns on plains. Tameable with using any type of seeds. 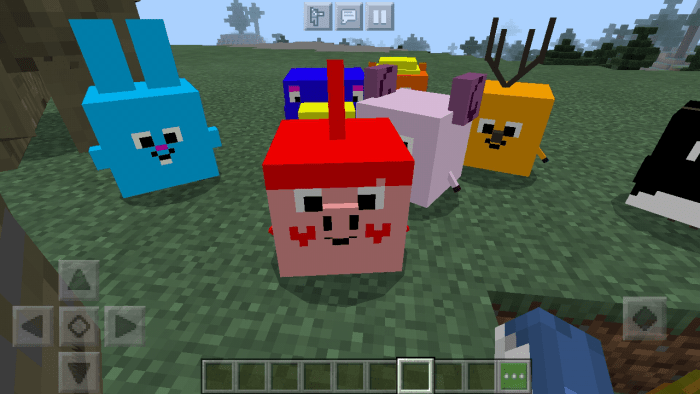 Beauty piggy, that spawns in deserts. To tame it use cake. 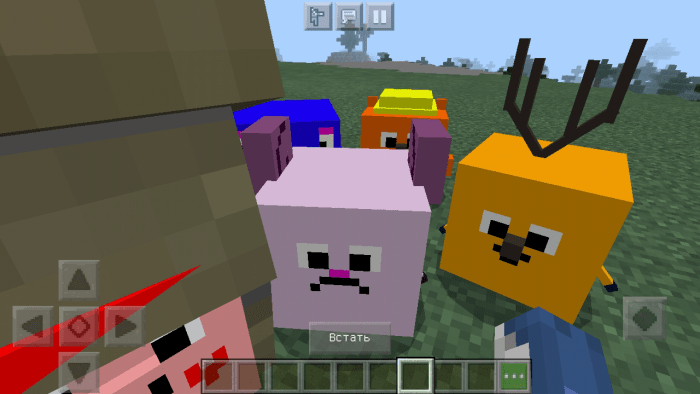 Young oven , that try to say Rosa about his feelings. Spawns in mesa. Tameable also with using cakes. 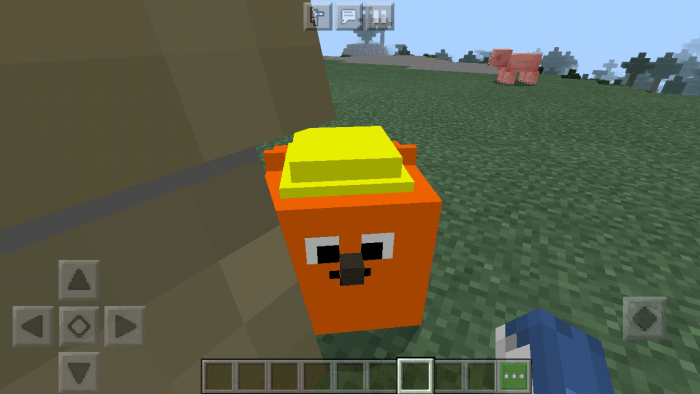 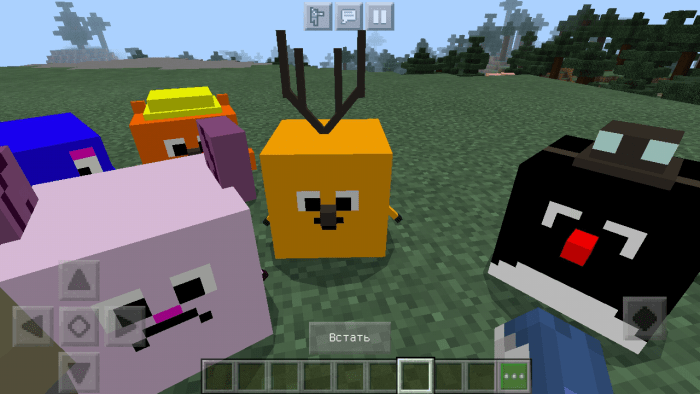 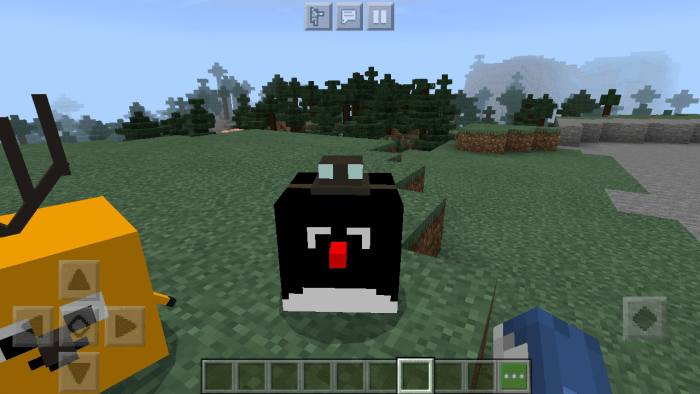 Spawns in frozen ocean. Tameable with using fish. Strongest one! Tame one have 160 health points and 90 damage points.

I love animals , so add 4 new animals to this pretty add-on. They have Mo'Creatures and Pocket Creatures textures and spawn eggs.

Message for Gona. I don't wanted to thief you ideas , I did it because most of players wants to this have been an add-on. You one of the most creative creator , that I have ever seen.

For the moment added 2 new items. Elephant saddle and sugar lumps. Here is their craft recipes. 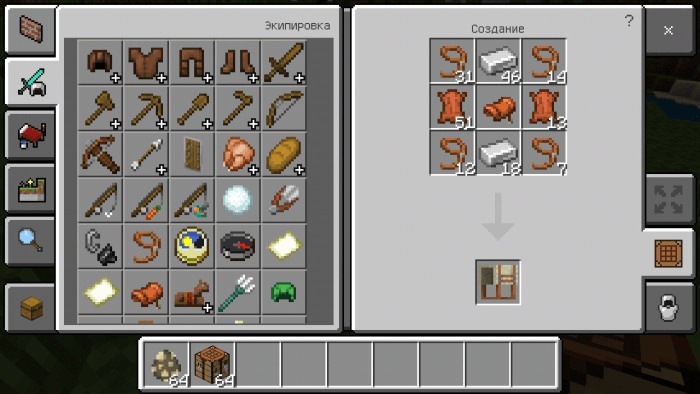 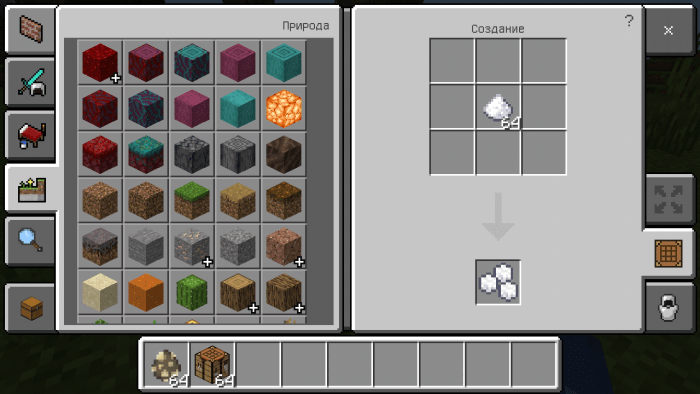 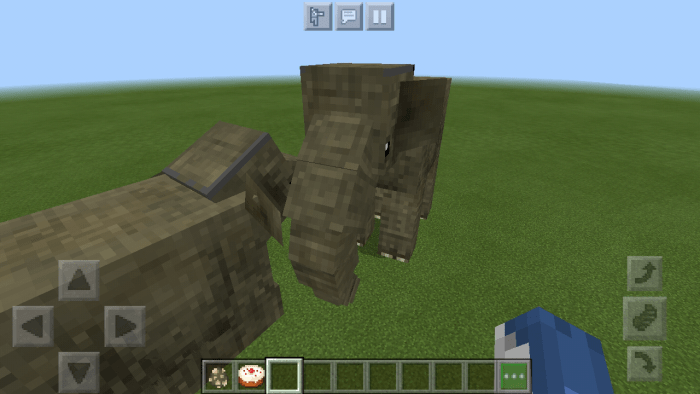 Neutral mobs , that spawns in savanna biomes. Tameable with using sugar, cake and sugar lumps. To ride them use elephant saddle. Ravager will run away from elephant. 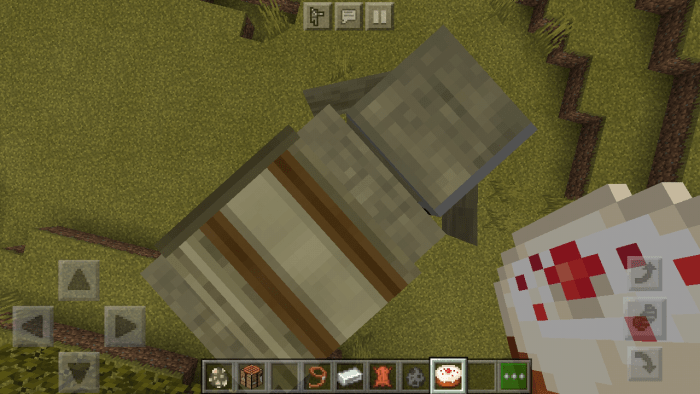 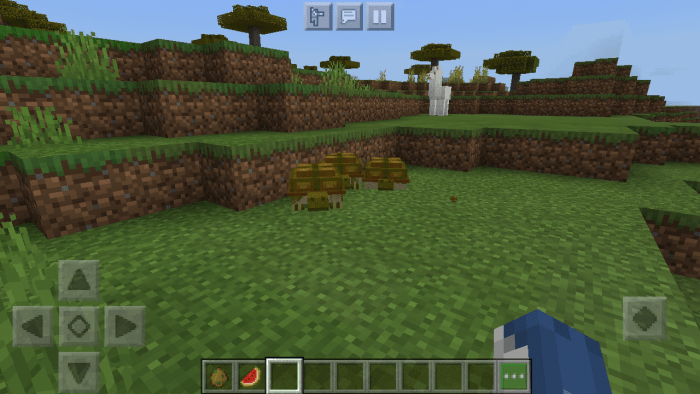 Slowy bois , that can be tame with using melons. They have 150 health points , when wild and 250 , when tamed. They also very funny when they sitting. 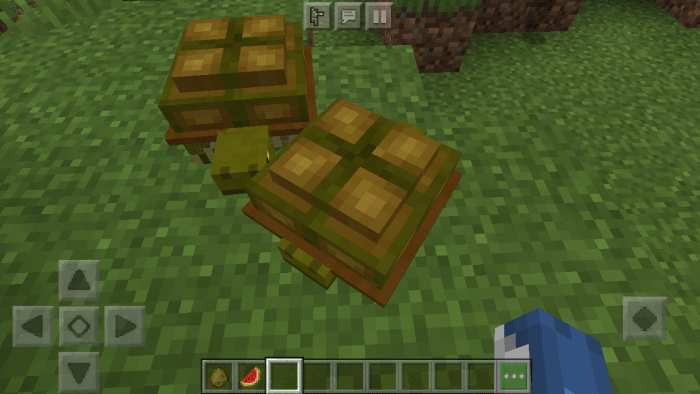 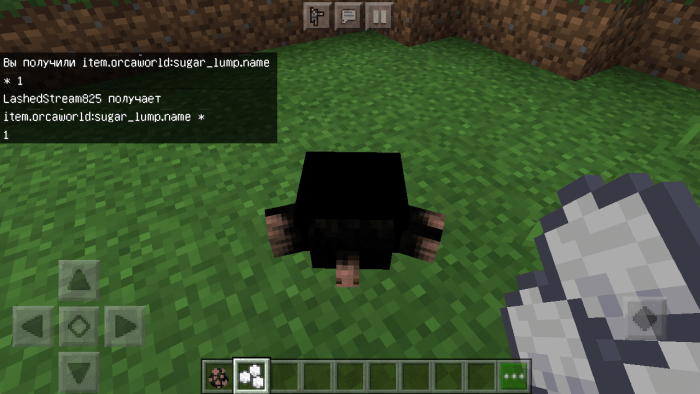 Digging bois. They also can be tamed , with using sugar lumps. 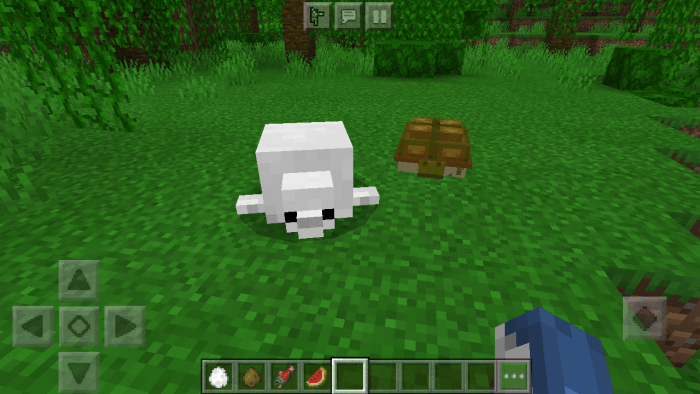 They looking very cute and can be tamed with using fish. 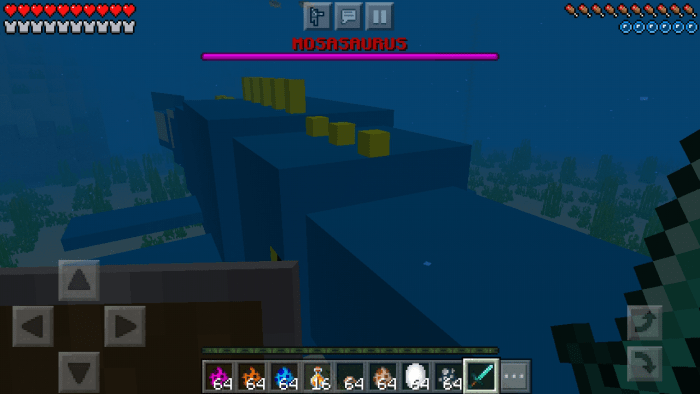 Giant preihstoric aquatic reptile (not a dinosaur) , that hunts gogoriki , illagers , villagers , turtles , dolphins and you. If you defeat it, it will drop you full set of diamond armor. Good for start , but you need to kill it. Mosasaurus have 700 health points.

Tip: Try to defeat it from the land , and use crossbow or bow.

February 04, 2021 at 1:17 pm
i saw that you transferred a few animals from gona's pocket creatures into an addon, could you make an addon version of gona's wyvern mod, or teach me how to make creatures from a modpe into an addon?
Log in to Reply

July 25, 2020 at 2:15 pm
Hey and finally you could show us how you make your addons and how put new mobs in the world like elephants, gogorokis and more, if you can't or don't want, I understand you
Log in to Reply

July 22, 2020 at 2:41 am
Thanks, next uptade of this add-on is coming. Next uptade will add crocodiles, snakes and furry (maybe). All of this mobs , expect furries we can tame.
Log in to Reply