Hey everyone , I'm back after more that 3 months. So I'm back and I made new add-on that adds three new mobs to the ocean - goldfish , orca and shark. OK lets's start! And about that 3 months - I learned about Java coding and now I can making mods for Java Edition also , but I see that you want my creations for MCBE also , so here you are , friends! 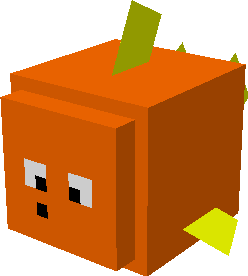 Friendly and tameable mobs , that spawns in ocean. You can tame them with using seagrass or kelp. They're prey for orcas and sharks , BUT they can also attack some types of mobs :

When your fish tamed - it got armor :

After taming , they're will guard you and follow you anywhere (also if you on land , but don't worry - they'll not die).

Goldfish drops new item - raw goldfish! Yes , you can eat them if you want. You can cook it , or tame cats with that :

I also made armor for goldfish - but for the moment it's not craftable and unuseful yet , but  in new versions I'll try to make it useful. 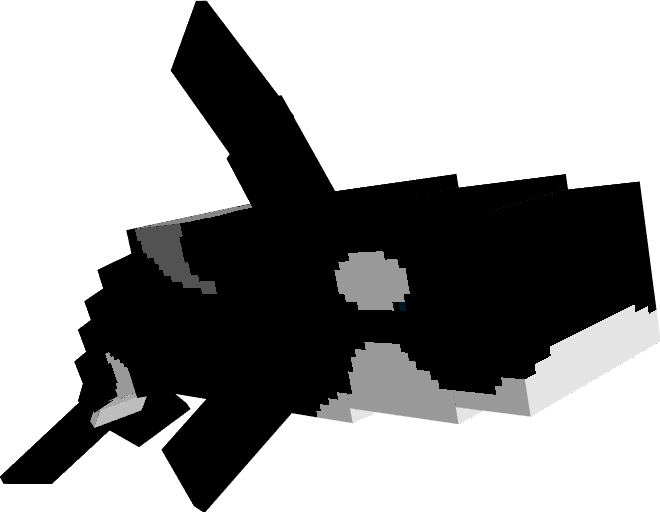 Huge , but friendly to players dolphins , that hunts sharks , foxes , guardians , other dolphins and wild goldfish (they'll not attack tamed ones). Orca's model and texture were based on Dolphins Plus Addon by Ceta Craft studios. You can find baby orcas that will follow parents (cute , ya?). 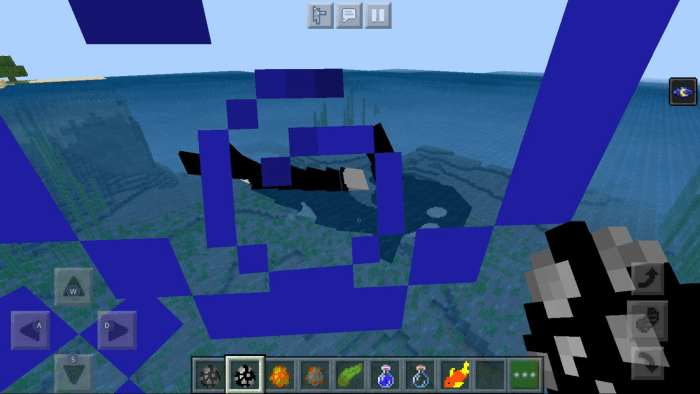 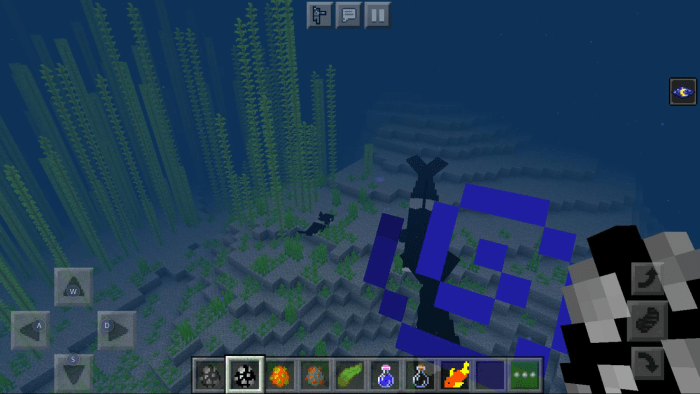 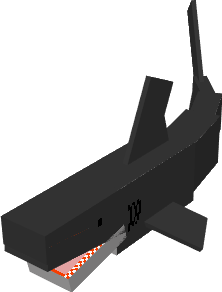 Main orca's and dolphin's enemies that hunts you , villagers , goldfish , dolphins , foxes , guardians. If they saw one of them , they'll follow it and kill  (if catch). And please , don't wear fursiut when shark swimming near to you - it anger them (OK , it's a joke). 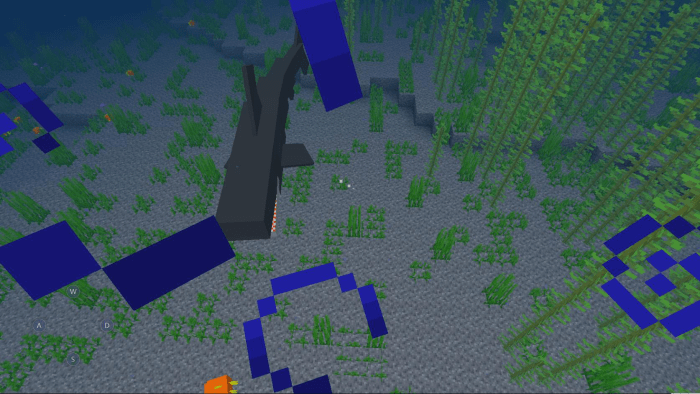 Yeah , they are huge , but orca bigger!

A group of orcas fight's to sharks. 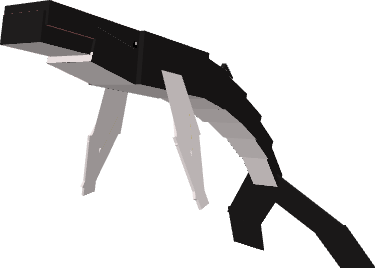 Biggest aquatic mobs in add-on. Giant , but friendly mobs , like orcas , they're have babies. 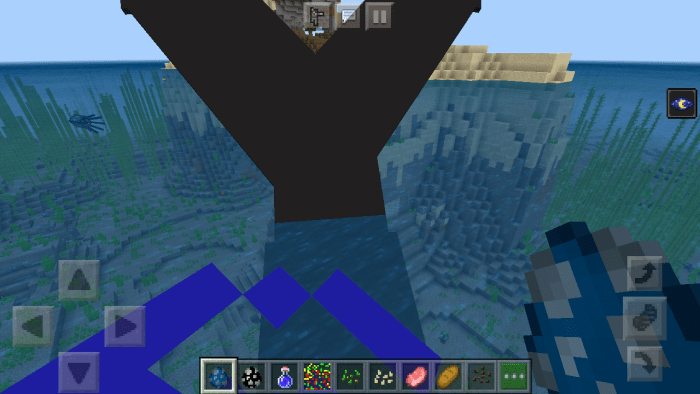 It's tail as big as dragon's wings , heart as big as minecart and it's weight more than the most biggest minecraft mob ever. 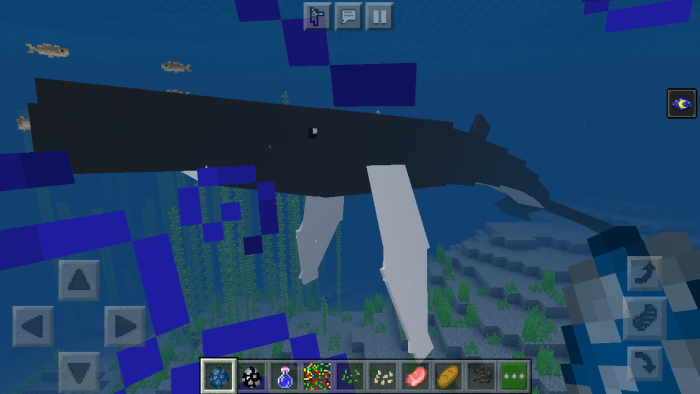 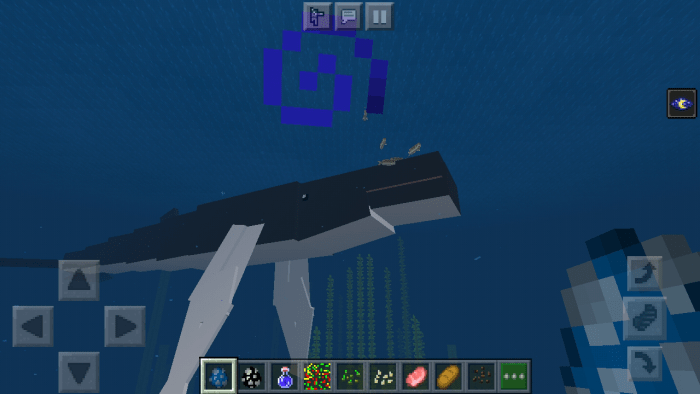 Here you can see some screenshots , where orcas attacks whales. 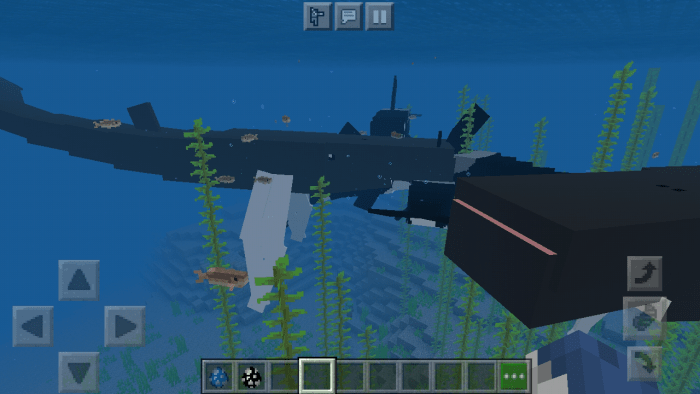 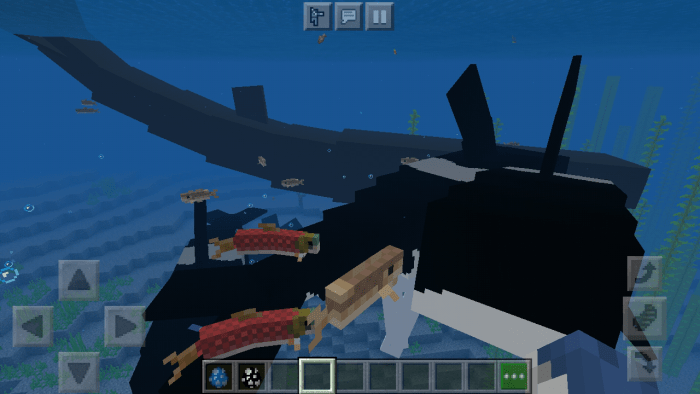 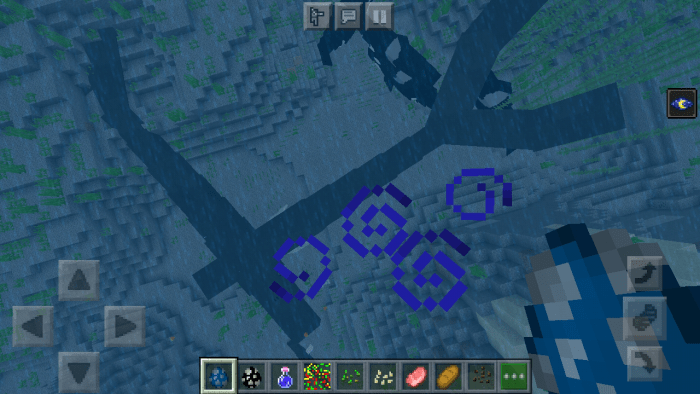 Soon also will be added sounds and loot for whales. 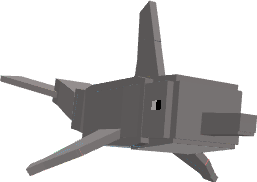 Similar to vanilla dolphins. You can find them in most of oceans. They're neutral and can also follow you (will talk about this later). 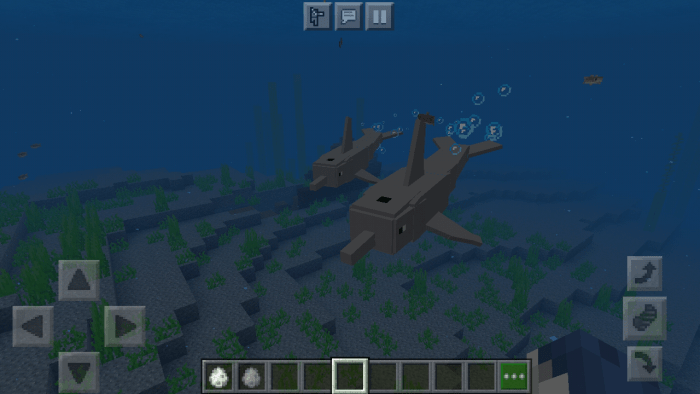 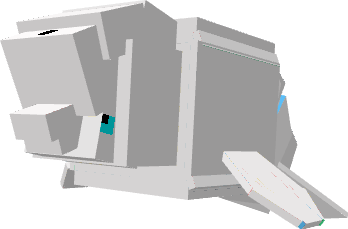 Have you ever dreamed about your own pet beluga? Your dream comes true! Belugas - friendly tameable mobs. You can find them swimming in frozen oceans. To tame them you must use fish or salmon. Tamed beluga will follow you. You can also ride them , with using saddle. 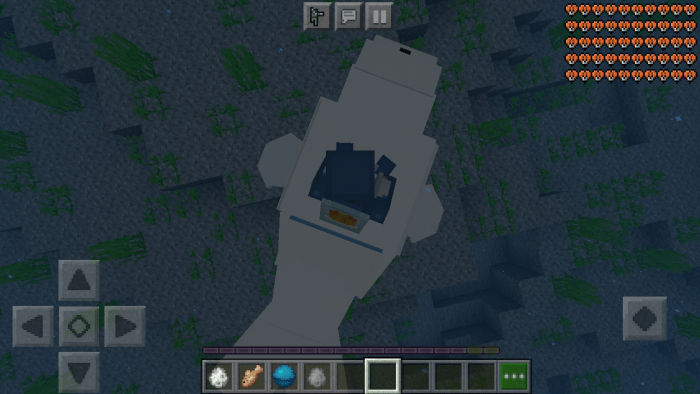 You can also find baby belugas! 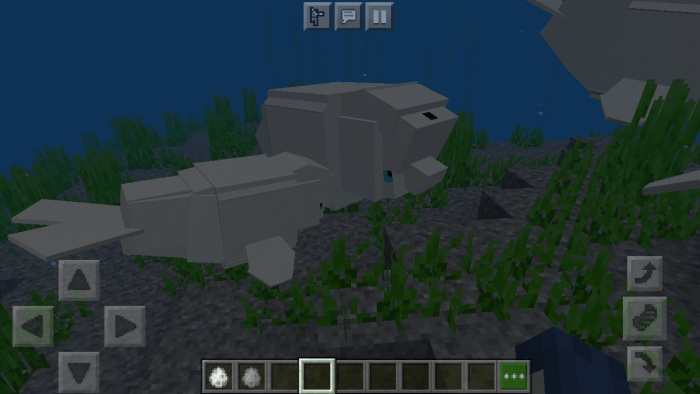 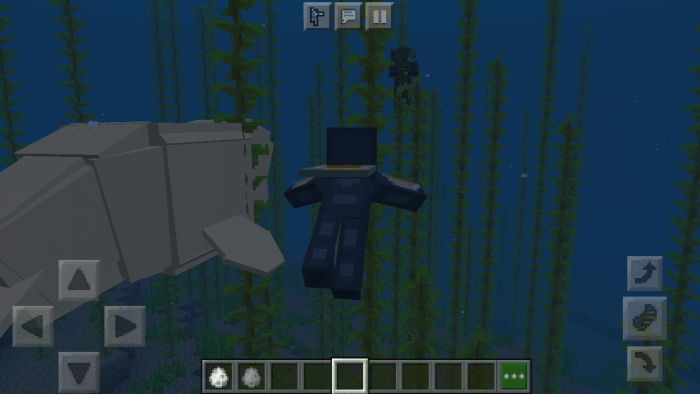 Wild belugas , also will follow you , meanwile you swim.

And they don't eat goldfish 😃 But they hates guardians. 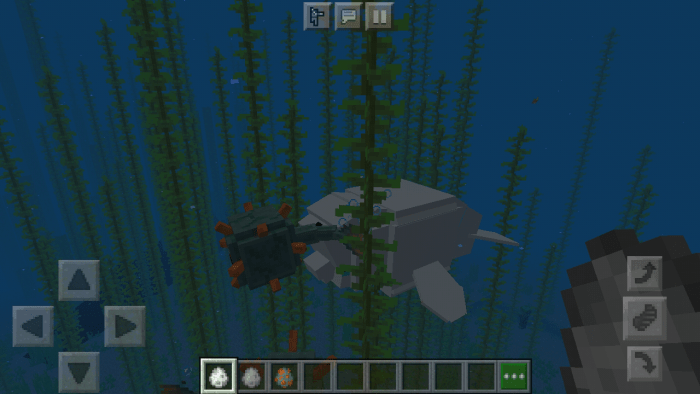 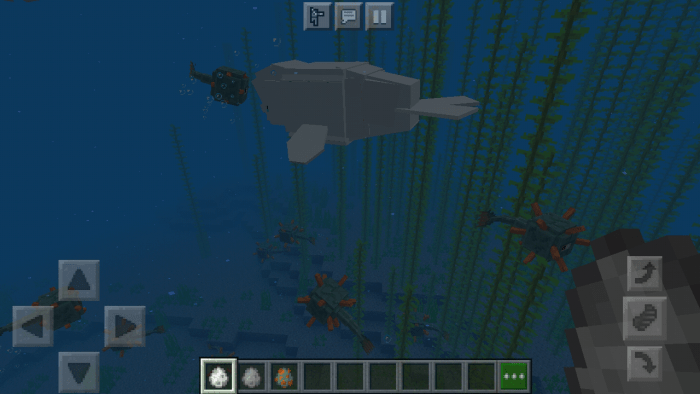 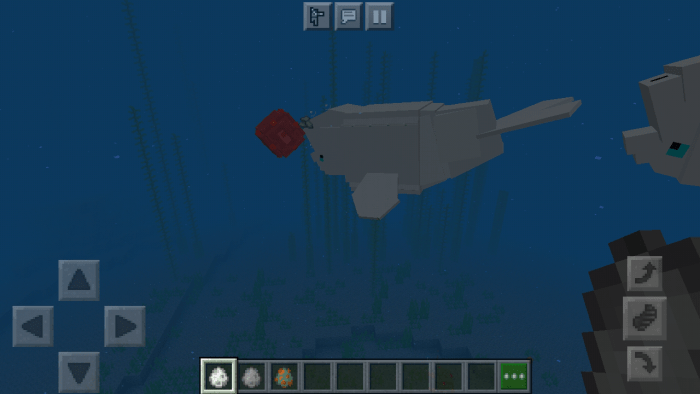 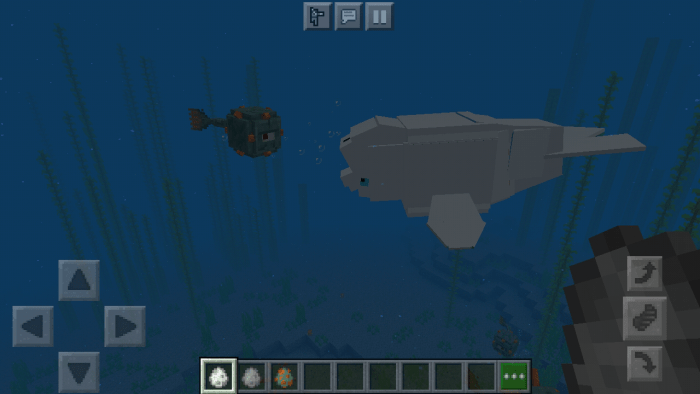 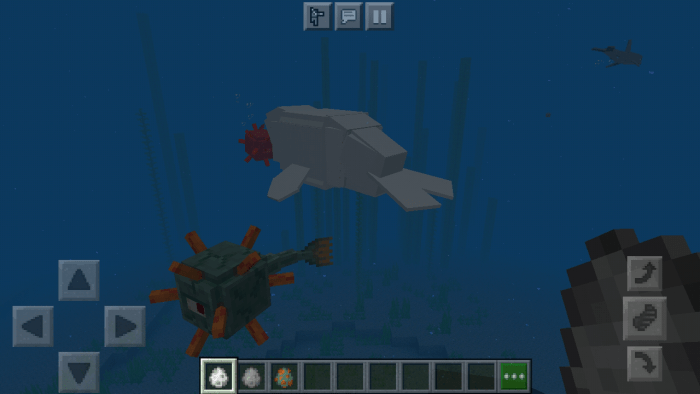 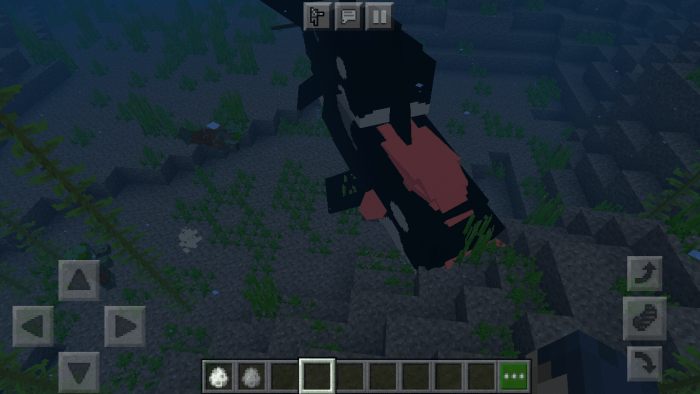 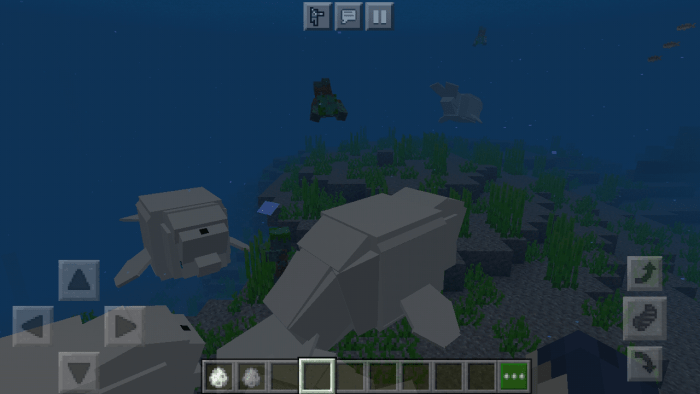 You can feed baby goldfishes by them. 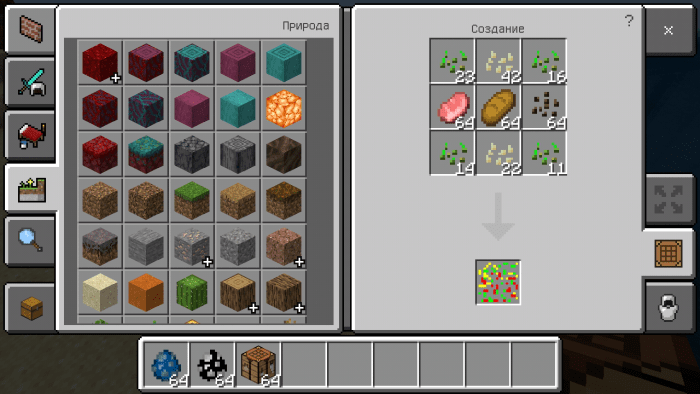 I looked at Arathnidogamer's axolot's AI (I don't used full AI , Arathnido) to know , how they follow us and give that function to my dolphins. Now when you swimming - orcas , blacksea dolphins and belugas will follow you and protect you. You can look my video , where I show that function (yeah , I'm russian) :

I hope that you enjoy it. That's all , but don't worry. I'll continue to uptade this add-on , guys!

November 21, 2020 at 1:49 am
Why goldfish look silly and make me laughing at first time looking that lol, but nice addon of course
Edit | Reply
🧡

November 14, 2020 at 11:14 pm
Hi! i am a youtuber Can u update this addon with more creatures? I wanna do A Mod review Also cool addon Add like bosses and more sea creatures So i would Review this addon For sure Bye!
Edit | Reply
🧡

November 10, 2020 at 5:36 pm
brother of I recommend that you change the figure of the colored fish, and that you goals more animaes, some hostile and that
Edit | Reply
🧡

November 09, 2020 at 1:23 pm
Awesome, I love how you made the textures of the orca and shark so detailed and the gold fish looks so cute!
Edit | Reply
🧡
Report Comment
Login Sign Up Submission