If you’ve ever played Minecraft Earth, then you will know there are a plethora of unique items and mobs available on it. But did you ever want to see some of these features come to normal Minecraft? No? Well, me neither but here they are anyway!

This addon is currently a work in progress, but it will be adding several blocks, mobs and items from Minecraft Earth. Some of the content isn’t finished yet, but you can check it out right now as it is! Let’s take a look at the mobs first, shall we? 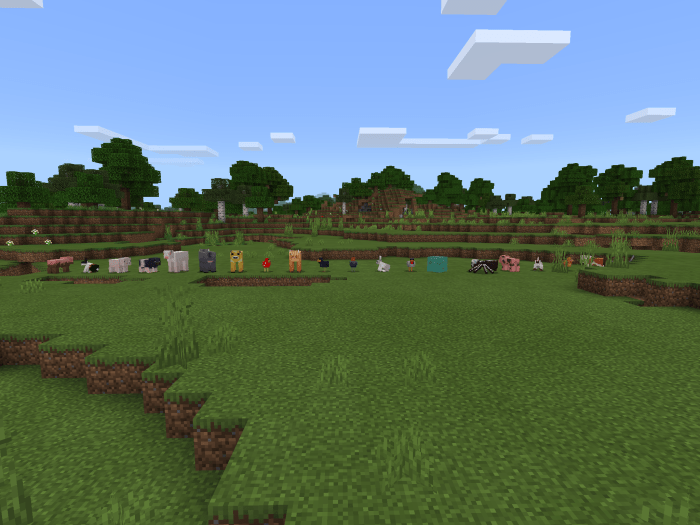 This addon adds about 36 new mobs into the game, all of which come from Minecraft Earth! I’m not going to be diving deep into each of them, as most of them are just variants of already existing mobs. We will have a better look at some of the more interesting ones, though! The mobs currently added include:

Now lets have a deeper look into some of the interesting mobs! 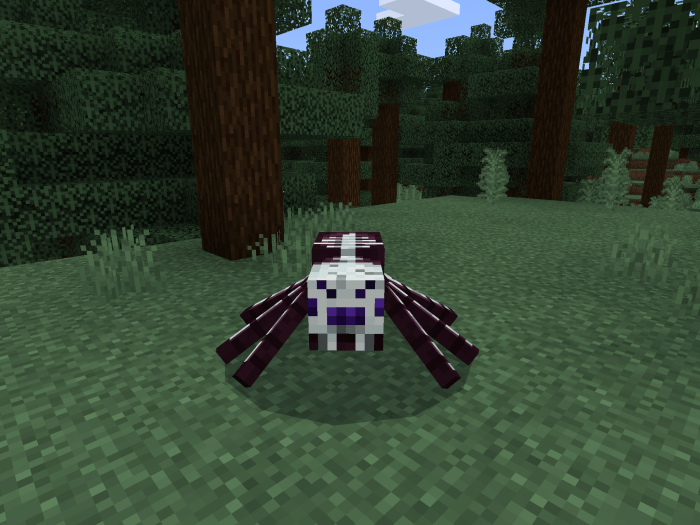 Bone Spiders are undead mobs that will spawn in Taiga biomes. They have much better health and speed then the other two spiders, but instead of doing melee attacks they will fire projectiles at you! They will also burn in sunlight similarly to skeletons and zombies. May drop some bones if killed. 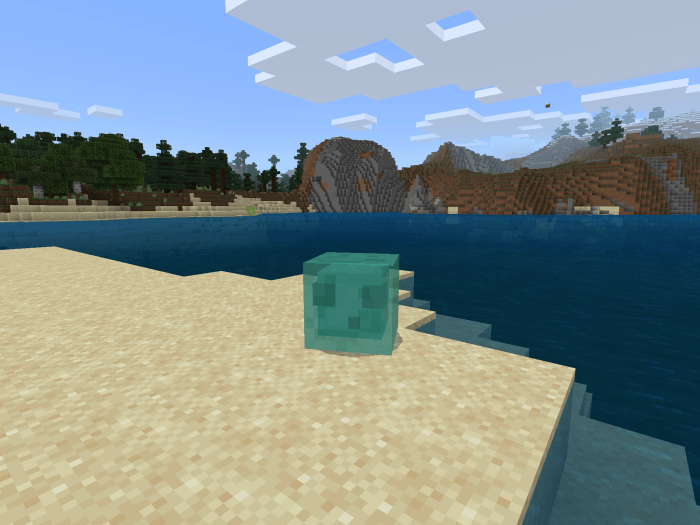 Tropical Slimes will spawn on beaches. They are mostly peaceful, and only attack if you get too close. Will drop a tropical fish if killed 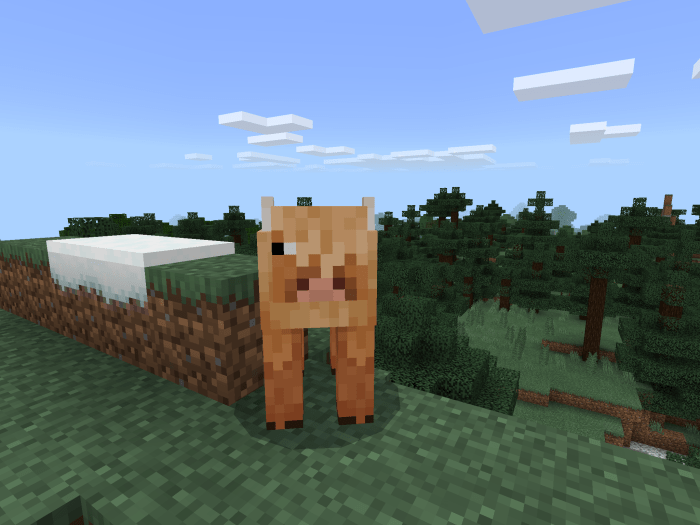 The Wooly Cow is a very useful mob that merges the uses of cows and sheep, they can drop leather, wool and beef if killed! They will spawn on extreme hills biomes. 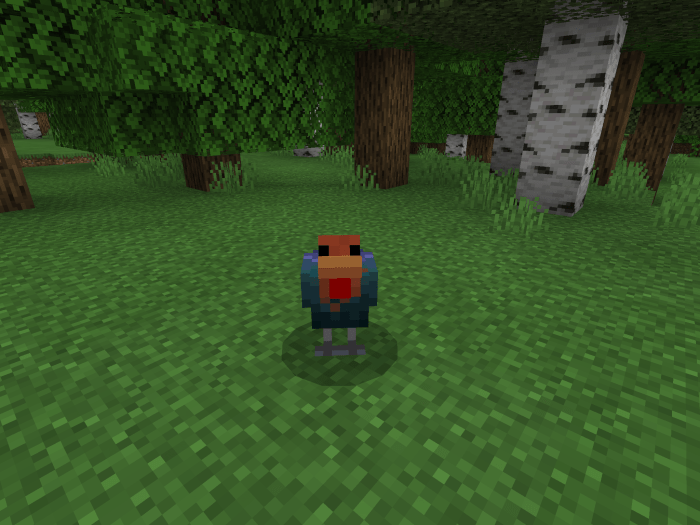 The Bronzed Chicken is a type of chicken that spawns in most biomes that normal chickens will. They behave the exact same way as a chicken, but with one key difference: they can drop a Fancy Feather if killed! The feather has no uses, but it DOES look fancy! 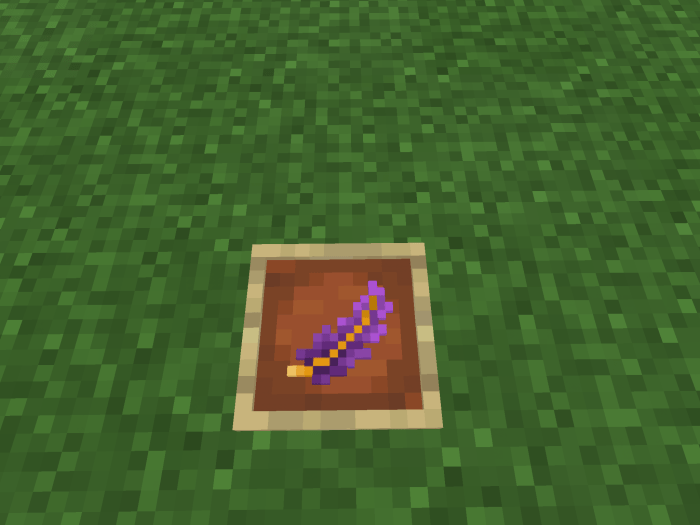 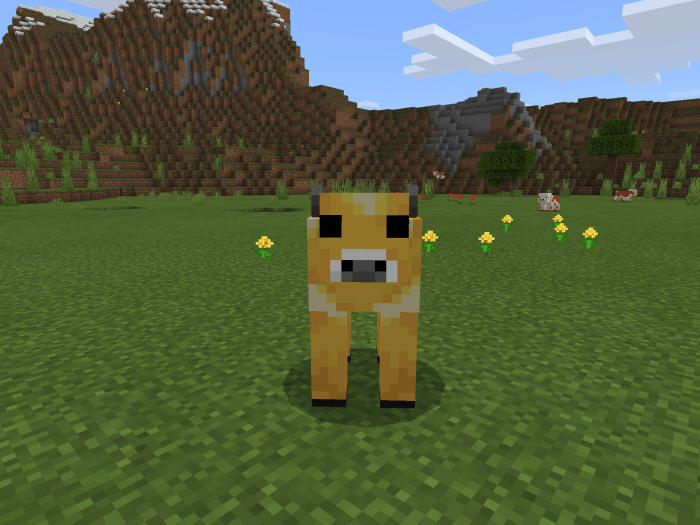 Mooblooms are strange creatures that appear in plains and forests. Their model is still a work in progress, but killing one may give you a buttercup! The Moobloom also has a pink variant found in flower forest biomes! 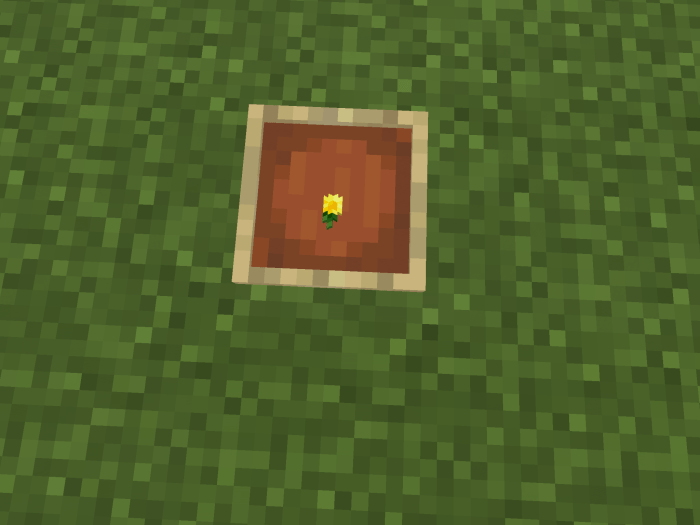 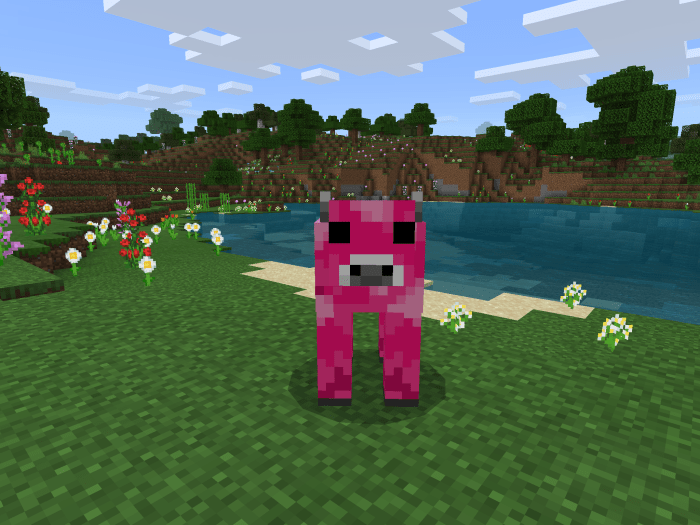 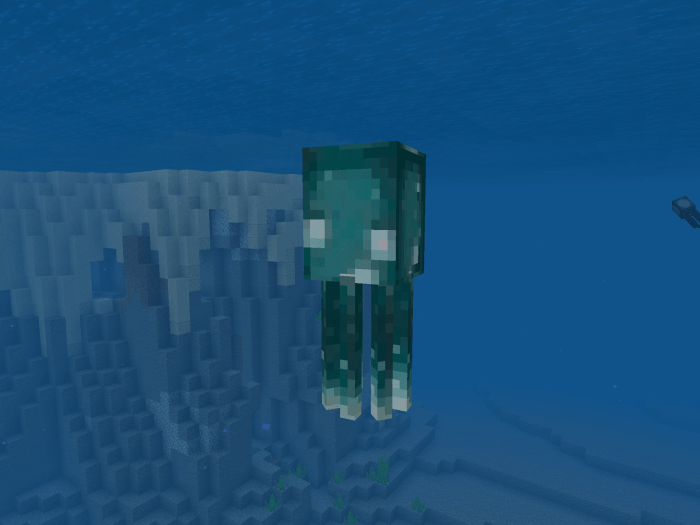 Glow Squids are very odd squids that sometimes appear in oceans. It is currently bugged in more ways then one, though. They don’t move properly and they don’t glow! Sorry about that. It will be fixed eventually! 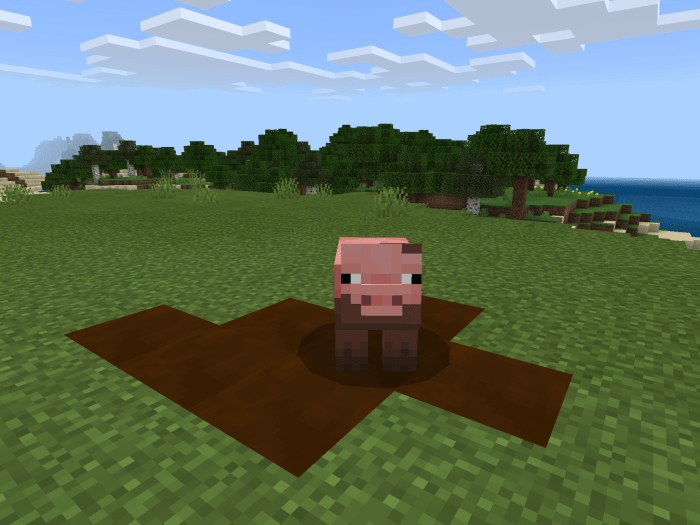 Muddy Pigs are playful pigs that enjoy rolling around in mud and getting all muddy. You can find them in swamps!

On the topic of mud, you can make a bucket of mud with dirt and a water bucket. With that mud bucket, you can then make a slippery mud block! 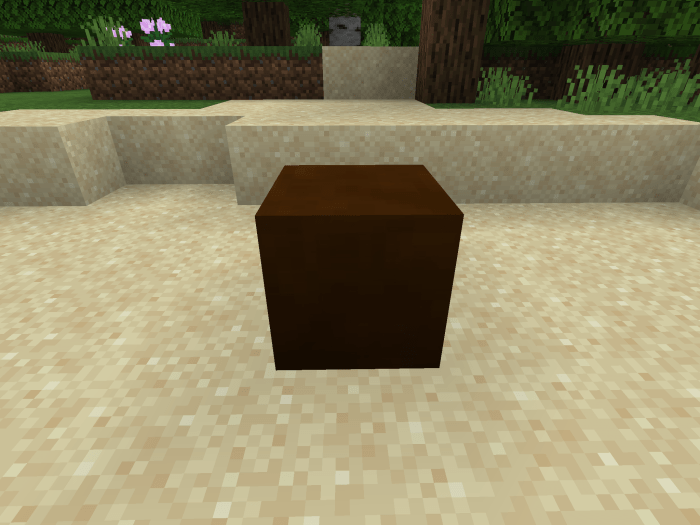 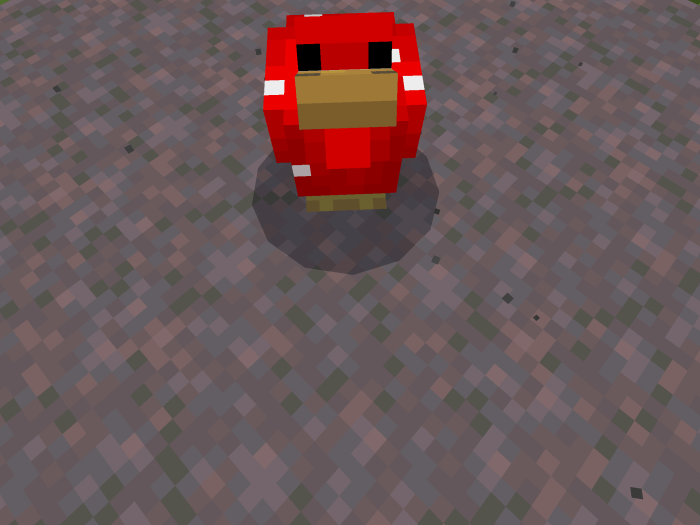 Cluckshrooms are fungus-covered chickens that reside on mushroom islands. They may drop some chicken or a mushroom if killed. 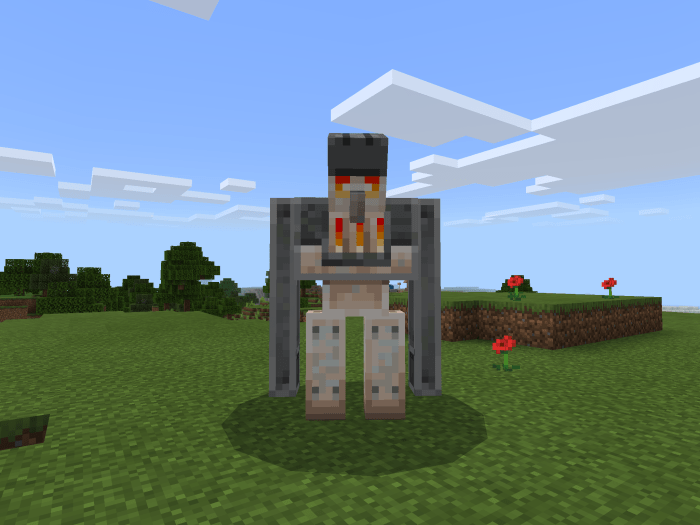 Think the iron golems are the biggest and toughest golems in all of Minecraft? Well, the Furnace Golem will prove you wrong! Just when you thought they couldn’t be tougher, the Furnace Golem is even bigger and stronger then the normal iron golem. It’s fire immune and will attack all enemies and weaken them! However, it does have its disadvantages. They are slower then iron golems and will take damage from rain and water. Drops a blast furnace if killed 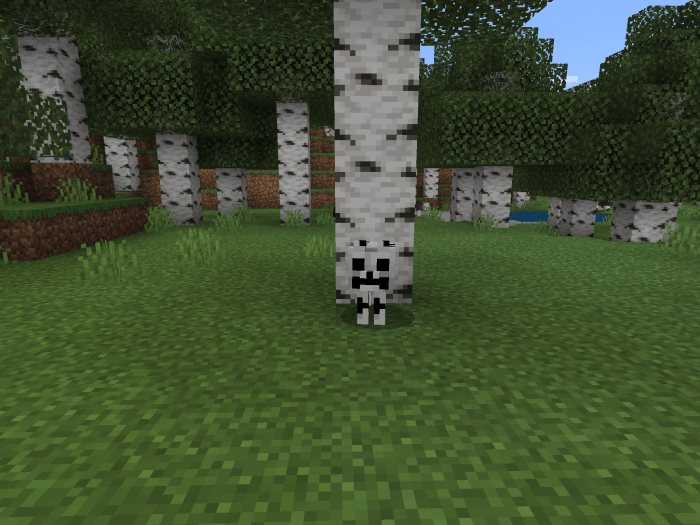 Skeleton Wolves are very spooky wolf types that appear in desert biomes. They are usually neutral, but sometimes they will randomly decide to attack you so be careful around them! Their attacks will inflict weakness onto you! They also burn in the sun just like Bone Spiders do. Skeleton Wolves may drop some bones if killed. 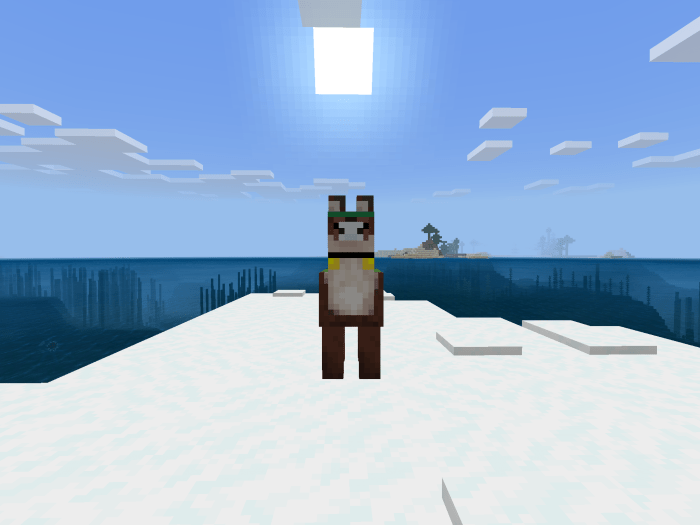 The Jolly Llama is a very festive llama type that enjoys colder weather! As such, they will reside in snowy biomes. You can tame them by either riding on one until heart particles appear, or you can crouch and then feed one some cookies or sweet berries! Jolly Llamas are more obedient then normal Llamas, they will follow you around and even fight for you when tamed! They will not hesitate to attack if you hit them though, treat these nice guys with respect.

There are also a few more nice features available in this addon! 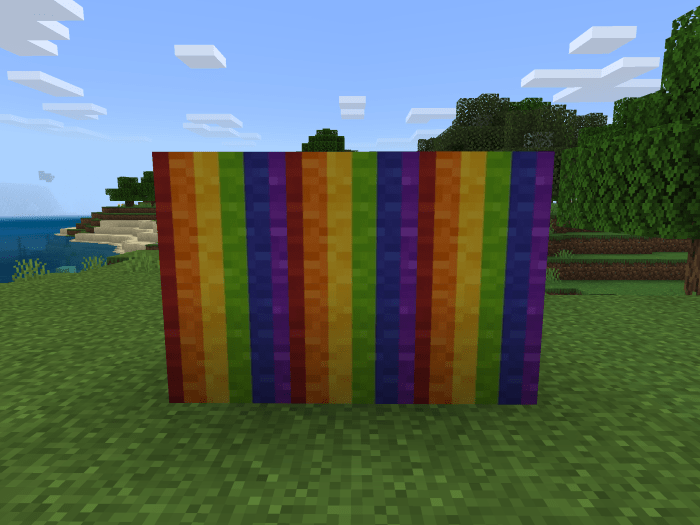 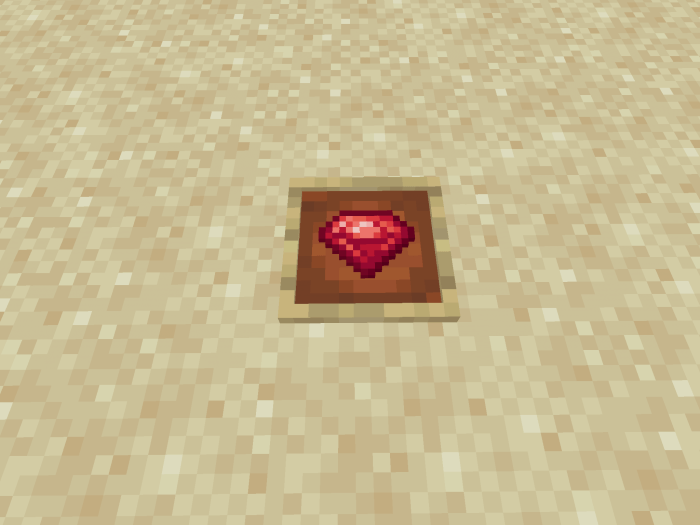 Rubies are a really nice, shiny material which looks very glamorous and beautiful! You can also make a nice ruby block out of them! To obtain rubies, you must travel fairly deep underground, around the same level diamonds are found, and look for ruby ore! Ruby Ore drops a ruby or sometimes itself when broken, if it drops itself just place the ore back down and break it again. 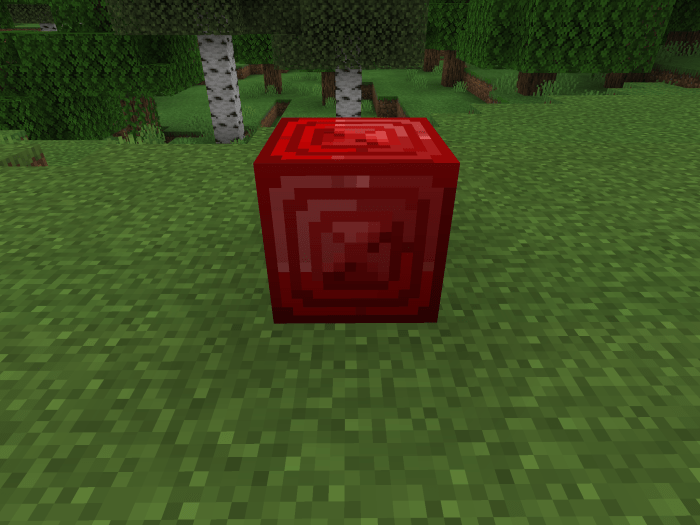 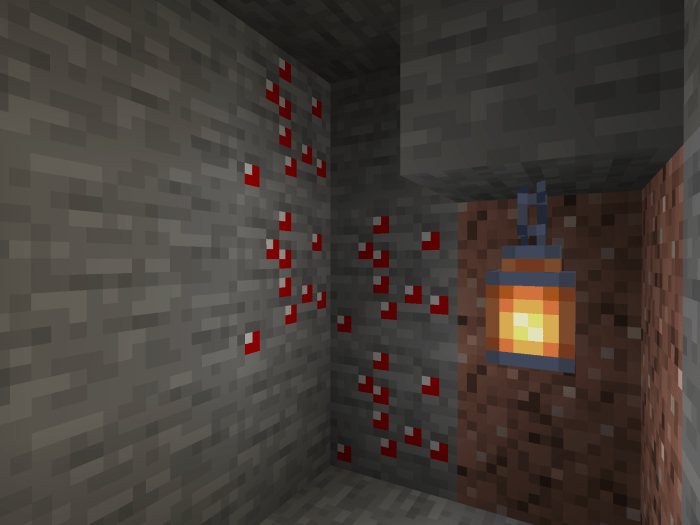 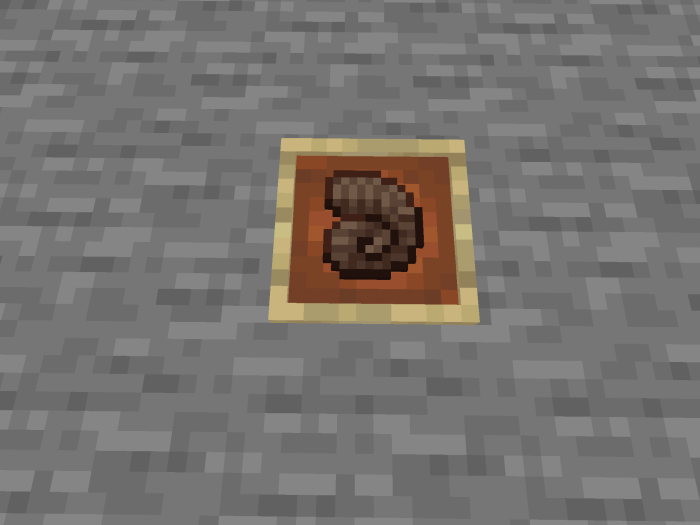 Horns are a pretty cool looking novelty item. They have no use and can currently only be obtained with commands. Again, expect that to change!

*Updated the textures of several mobs

*Update sounds for breaking, placing and walking on Rainbow Wool

*Fixed wooly cow not being able to spawn naturally

*Fixed a slight model flaw with the Dyed Cat

October 23, 2020 at 7:24 am
The skeleton wolf spawns way too much, they also even spawn at lighted areas and even in the day! Pls lower their spawn rate. Other than that, pretty cool add-on
Log in to Reply

November 19, 2020 at 12:57 pm
Yeah I’m aware of that. A new update is coming soon for this addon, and with it mob spawn rates are being reduced
Log in to Reply

October 17, 2020 at 11:00 am
Can I publish your amazing Addons to Minecraft Chinese Edition? It's really an amazing addon!
Log in to Reply

September 29, 2020 at 3:02 pm
Also, the dyed cat and skeleton wolf are both tameable and are better than their normal forms, definitely get them!
Log in to Reply

September 26, 2020 at 12:58 pm
Pls add a skeleton wolf! The whole reason that this addon caught my attention was because of the skeleton wolf-add it in the next update please!
Log in to Reply

September 26, 2020 at 7:09 pm
Skeleton Wolf is actually included in the next update, which is coming tomorrow!
Log in to Reply

September 25, 2020 at 12:15 pm
I never played Minecraft Earth, i don't know what the mobs are, nor do i know about the ruby, i don't know if you're going to read this comment, but is you have the next update, let the ruby generate normally, and add more mobs.
Log in to Reply

September 18, 2020 at 8:53 am
Good. To make glowing textures add transparency to the parts should glow and change .png to .tga
Or use as materials spider (idk how does this work)
Log in to Reply