A fine addition to my collection.... This addon adds over 100 new Trophies for you to collect! Grab your sword, some food, and head out on an adventure for Trophies!

Please read the description before downloading. Thank you. 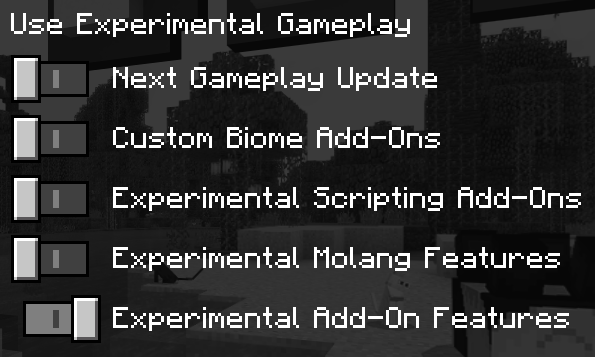 This addon adds a Trophy for (almost) ALL MOBS in the game!

Try to collect all Trophies! They are super rare drops from mobs. This creates a new challenge: you'll have to venture around your world, and collect all of them. Trophies are dropped by most mobs upon death, and they must be killed by a player.

Trophies are separated into 4 different rarities: Common, Uncommon, Rare, and Epic. As of this version, there are no Epic trophies available.

Having Looting on your Sword increases the chance of a Trophy dropping by 2% each level. 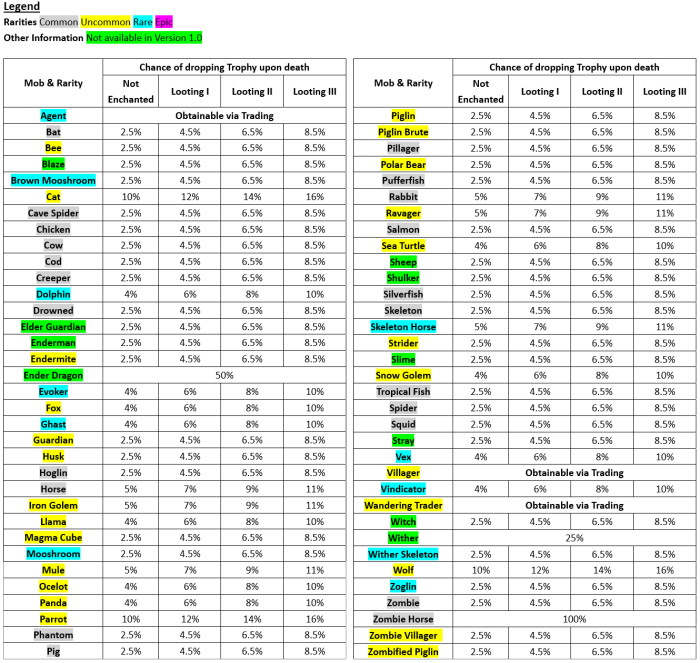 Common Trophies are relatively the easiest trophies to get. Common monsters and animals are put into this category.  As these mobs are common to find, their drop rates are pretty low. One exception being the Zombie Horse Trophy, as it cannot be obtained in survival without commands.

Uncommon Trophies drop from mobs that are relatively harder to find. Most of these mobs only spawn in particular biomes, or in special occasions. Some mobs have a higher drop rate. The Villager and Wandering Trader Trophies can be obtained via trading. More on that later.

Rare Trophies are the hardest to find, just a bit more common than bosses, which drop Epic Trophies (not implemented in Version 1.0). These mobs spawn in rare biomes. Some are hard to kill. Some only spawn in special occasions and can be hard to find. The drop rates for these mobs are also pretty low. The Agent Trophy can be obtained via trading. More on that later.

Trading to get Trophies

The Villager, Wandering Trader, and Agent (a mob from Education Edition, unused in Bedrock) Trophies can only be obtained via trading.

Wandering Trades now have 8 trades instead of 5. This is to make the chance of Trophy trades appearing higher. 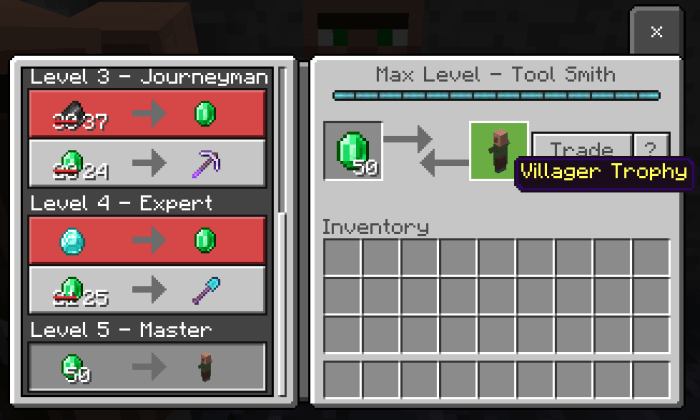 ^ A max level Tool Smith Villager has a chance of offering a Villager Trophy for 50 emeralds. 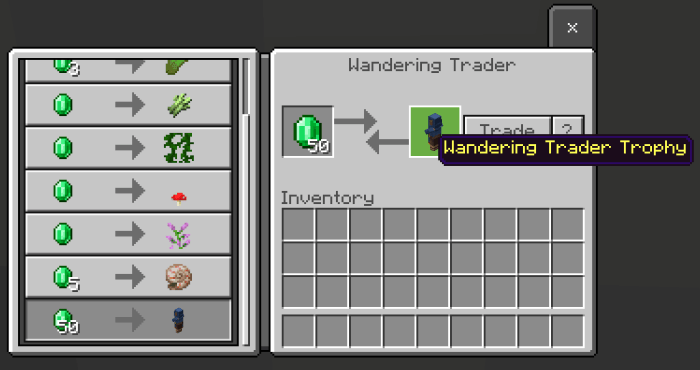 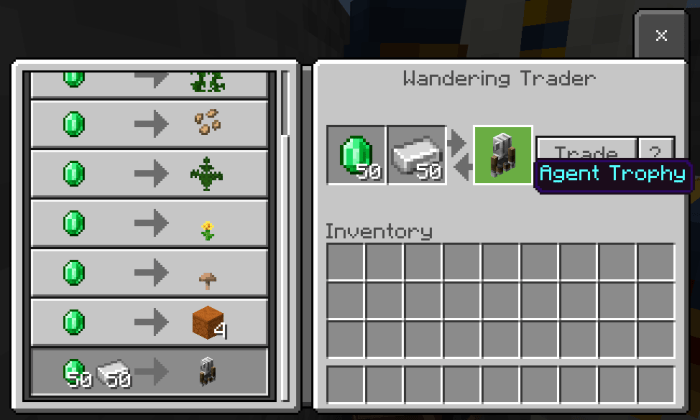 ^ A Wandering Trader has a chance of offering an Agent Trophy for 50 emeralds and 50 iron ingots.

KNOWN ISSUES IN THIS VERSION

-These mobs do not have their own Trophy(ies) as of this version:

-These mobs have modelling errors, but their Trophy is still available in this version. This will be fixed in a future update:

-Due to technical reasons, variants of a mob share the same loot table. This results in, for example, a Jellie Cat dropping  a Tabby Cat Trophy when killed by a player:

-None of the Trophies appear in the Creative Inventory. Please use commands to get them for now. This will be fixed in a future update.

...and that's about it! I hope you have fun with this addon. Let me know what you think in the comments! Thank you!

1. Feel free to change up the files for your own use.

3. You should always backup your world once in a while when playing. I am not responsible for any loss.

1
GreatHeroPeter February 06, 2021 at 9:04 pm
Can we get player ones from jumping into the end portal in the end or killing another player?
🧡