Have you ever felt that the mobs in Minecraft weren't diverse enough? Well this addon is for you. It adds three new skeleton variants into your game, which brings the total of skeletons up to six.

This addon adds three new skeleton variants into the game, From left to right from the image below, we have the Jungle Skeleton, the Desert Stray, and the Skeleton Mage. 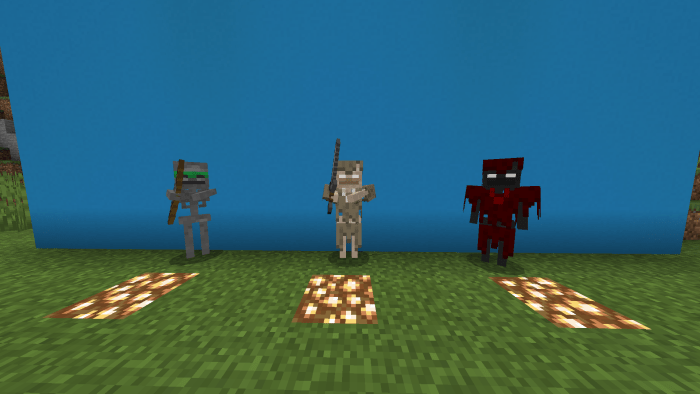 We'll start with the Jungle Skeleton. This skeleton can be found in the jungle biomes. He is distinguished by the green mask he wears. Be careful around this one as he is armed with poisonous arrows and capable of killing you easily, especially if you're not looking. He drops bones, arrows and poison arrows. 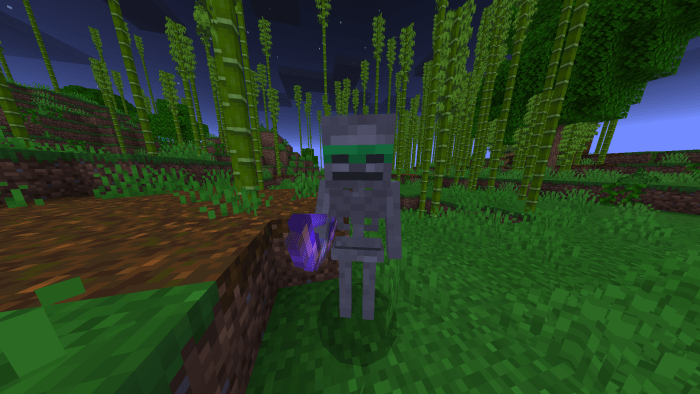 Next up is the Desert Stray. This skeleton will usually spawn in herds of four or five and can be found in the desert biomes, but only above ground and in higher light levels. They tend to spawn with a wooden or stone sword, but they may have an iron sword every once in a while. Be very careful when traversing the desert during the day, because this mob is almost as fast as your sprinting speed. Upon death, they drop leather and bones. 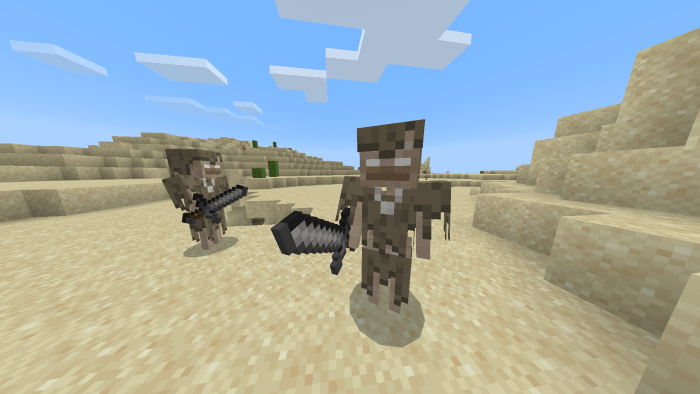 And lastly (at least for now), we have the Skeleton Mage. This mob can be found in the nether. While they don't seemed armed, they are capable of shooting fireballs at you. They can also teleport when needed as well. They drop glowstone dust upon death. 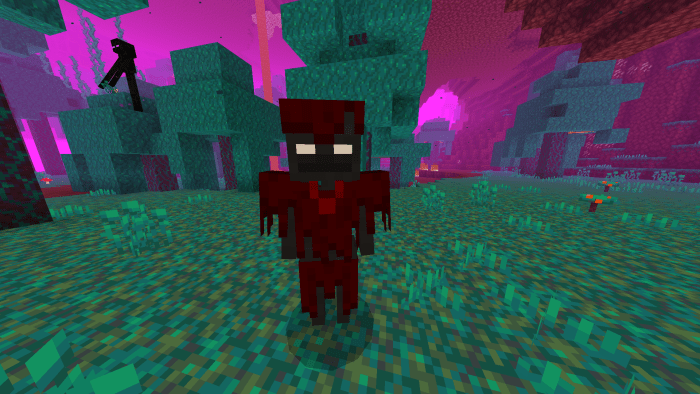 I got a couple shots of me fighting a group of Desert Strays as well as a Skeleton Mage. 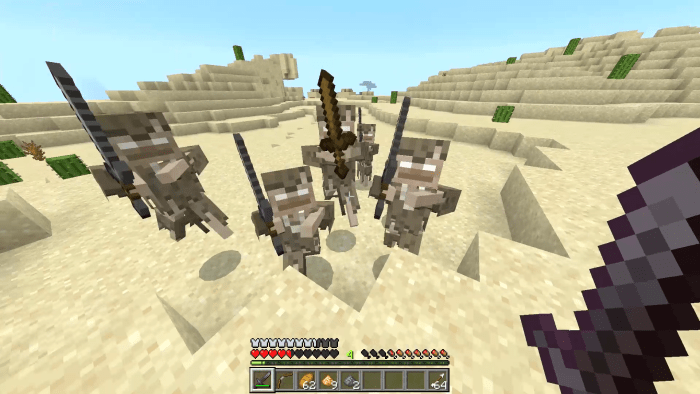 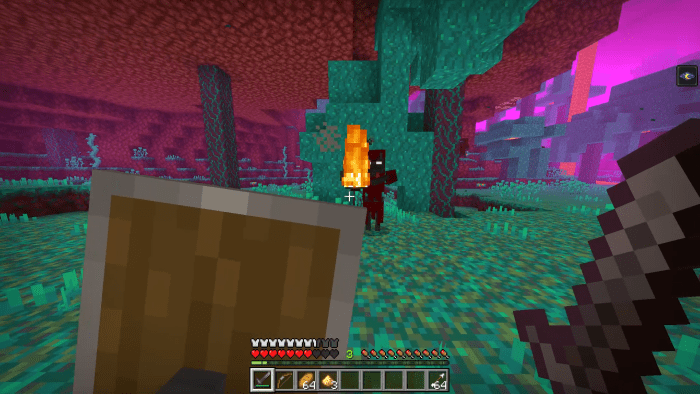 -you are allowed to use any of the code in this addon to help you make an addon of your own if you'd like, just don't copy everything.

-you are not allowed to upload this addon anywhere else

Let me know some of your suggestions down below. I plan on updating this addon if enough people want it. I also noticed that the Skeleton Mage spawns a ton in the Nether, so let me know if it spawns too much.