What do you think is the most powerful Illager mob in Minecraft? If you said the Ravager, you’d be right. Until you meet this addon! With this addon, get a new Necromancer Boss that can conjure all types of undead mobs to attack you! It’s a challenging but rewarding fight! 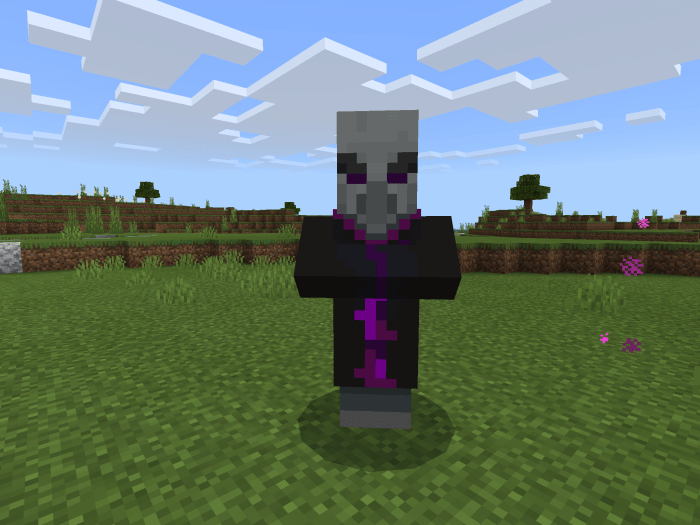 As said above, with this addon a new boss mob comes to you’re game: the Necromancer! This boss mob can very rarely spawn in the Dark Oak Forest biome, which is the biome that the Woodland Mansion can spawn in. It’s very dangerous, as it has 4 different attacks and will fight you, iron golems and villagers. It can also teleport after you and is immune to fire, fall damage and drowning!

This is the Necromancer’s basic attack. If you come too close it may simply use a melee attack on you. This melee attack deals 10 damage. 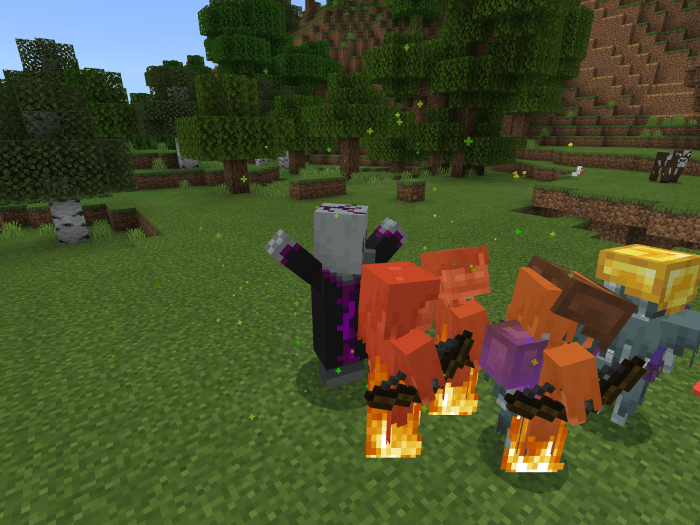 This is the Necromancer’s most common attack. It commonly waves it’s arms into the air, emitting green and yellow particles. It then spawns a huge group of Strays near you, but these Strays disappear after about 5 seconds. 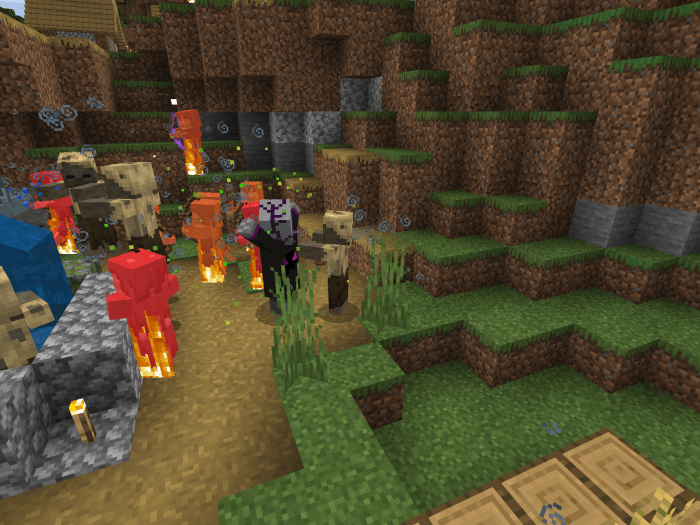 This attack is rarely used by the Necromancer. It waves it’s arms into the air and emits the same particles, then summons 3 husks around itself.

This attack only gets used if you come into melee reach of the Necromancer. It makes a strange sound, then summons 5 wither skeletons and 5 zombies around itself. The wither skeletons disappear after only 5 seconds, but they can still cause trouble to you!

So, this boss is quite a difficult fight, for it has 300 health and all those mentioned abilities. But what’s the reward for killing it? If you manage to defeat this Illager, you will be rewarded with several emerald blocks! It can drop anywhere from 6-13 emerald blocks when killed. It also drops 50 experience points!

The R pack is the resource pack for this addon. The B pack is the behaviour pack. You’ll need to download both of the above downloads for this addon to work! If it doesn’t work the first time, then change the “mcpack” at the end to a zip then extract it. After doing this, changing it back to “mcpack” and then try opening it again.

February 05, 2021 at 5:38 pm
Hey man amazing addon! I'm working on a map right now and this is a great boss at the end of one of my dungeons I looked at the code to see how hard it would be to add more bosses and it looks like I'd be able to. I was wondering if I have permission to use your code With full credit of course:)
Log in to Reply

December 16, 2020 at 9:15 pm
Good addon. I like how it’s playable, easy to beat with netherite gear and nothing else. Spawns naturally, XP, and loot. Simply but good. Maybe reduce the amount of strays and make the mobs not despawn that way?
Log in to Reply

November 22, 2020 at 11:19 am
I forgot to mention this requires experimental gameplay. Sorry.
Log in to Reply

November 22, 2020 at 11:04 am
I didn't see anything saying it requires experimental gameplay? If it does not then that's great because that implies that it might work if I upload it to our Microsoft realm that we play on xbox?
Log in to Reply
Report Comment
Follow:
Login Sign Up Submission
Tweets by MCPEDL
Tweets by MCPEDL