Have you ever wanted to see another player's hitbox, or even your own? With this pack, you can. Additionally, you can see player hitboxes through walls, see XYZ axis position, and better visualize head head rotation.

Unlike some currently existing hitbox resource packs out there, this pack preserves player position and does not transform the hitbox along with player rotation, authentic to the real hitbox; the display acts similarly to Java Edition (0.6 x 1.8). It also comes with extra utilities and features. 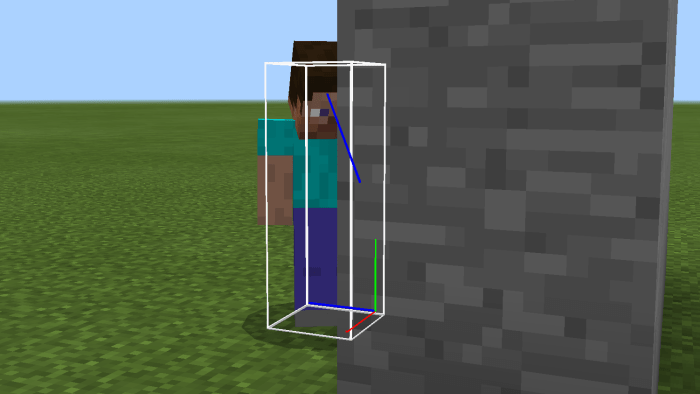 You can see hitboxes and the head ray cast of other players through walls. Additionally, the bottom corner of the hitbox shows an X axis (red), Y axis (green), and Z axis (blue) reference in respect to player position. 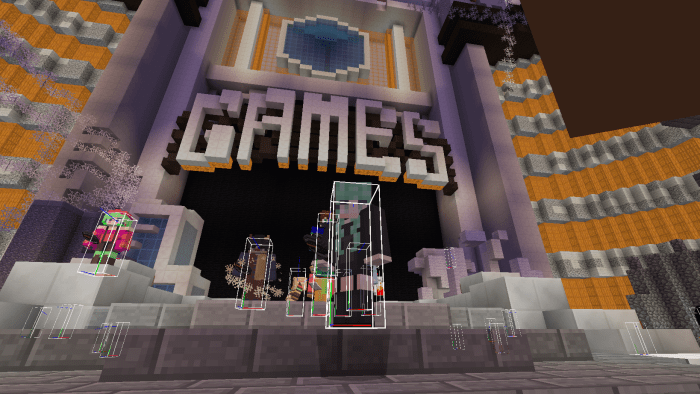 This resource pack functions fully on servers, such as Cubecraft, The Hive, and more. 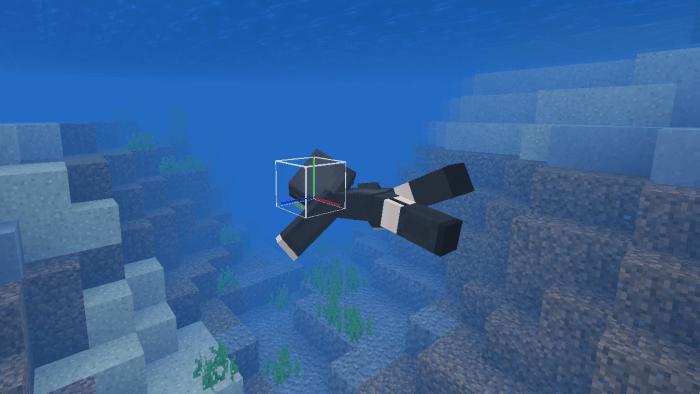 The hitbox display also accommodates for the shift in hitbox size when the player is swimming.

This new update now includes an RGB setting for the hitbox model.

You can also choose different presets, the "Default" setting includes all features, the "Opaque hitbox collision" setting disables visibility through blocks, the "No head position ray" setting disables the head ray cast, and the "Rainbow hitbox" (new update) is self explanatory, it makes the hitbox rainbow color.

Additional notes: The hitbox visibility becomes tinted when the player equips armor, but still can be seen through solid surfaces.

Thanks to Stirante for helping me tweak the model materials.

May 07, 2021 at 5:59 pm
I think this pack is fantastic. I am trying to work on my Pvp skills but I have a hard time hitting them properly and it swing right past them, and I think this is a great way to improve aim. It's also nice because you can find all of those players who sneak and hide in skywars, so you can actually find them. The only thing I don't like about it is that it is a little busy, but if you were to make like, say a player outline pack type thing? Basically it outlines all players and it works through walls, but it isn't quite as much of an eyerape. (works for players shifting too). Thank you for taking the time to read my nonsense comment!
Edit | Reply
🧡

October 07, 2021 at 10:02 am
Dude I'm working on it but.. need ambient permission and ambient is offline always
Aaaaa I'm stuck I can't post it here without permission so check out it on my yt
DKG770 search on

April 01, 2021 at 4:43 pm
Hey! Cool Texturepack Just a question is there a way to show if a player is crouching because if there is then that would be amazing! For example there hitbox turns gray if they are crouching or just some obvious color so you know that there there
Edit | Reply
🧡

February 05, 2021 at 7:35 am
Very Cool And Helpful, But There Are Still Some Bugs That Is Sometimes Hitbox Not Working ... But This Is Cool!
Edit | Reply
🧡
Report Comment
Login Sign Up Submission