The iconic Porsche design. Powered with German technology and modified by the world renowned, RAUH-Welt BEGRIFF (RWB) by giving it the distinctive widebody kits and one of the most insane wings. The best car to get if you love both German and JDM performance cars, a 2-in-1 package!

"The Porsche 964 is the company's internal name for the Porsche 911 manufactured and sold between 1989 and 1994. Designed by Benjamin Dimson through January 1986, it featured significant styling revisions over previous 911 models, most prominently the more integrated bumpers. It was the first car to be offered with Porsche's Tiptronic automatic transmission and all wheel drive as options. Type 964 ("nine-sixty-four", or "nine-six-four") is Porsche's internal code name for the 911 Carrera 2 and 911 Carrera 4 models, which were badged simply as "Carrera 2" and "Carrera 4". "964" is used by automotive publications and enthusiasts to distinguish them from other generations of the Carrera."  -Wikipedia

"RWB/RAUH-Welt BEGRIFF is a Porsche tuner located in Japan. RWB has combined Japanese and Euro tuning elements, creating the distinct RWB style for Porsche chassis. Starting off as a small countryside body-shop in Chiba-Ken, RAUH-Welt 911’s are now a common sight on both the streets and racing circuits of Japan." -RWB Website

As usual, there's much more to RWB and the 964 than just the websites. Definitely suggest watching a few Youtube videos about those 2, Donut Media as far as I know made a video covering RWB a few months ago!

Has high speed, 2 seats, a container slot meant to be a container or a glovebox, animations and sounds.

And as for this car, I've also added camber! You can see it take effect prominently in the "Doors open pic thing" picture.

Has 1 variant and a total of 4 colors. 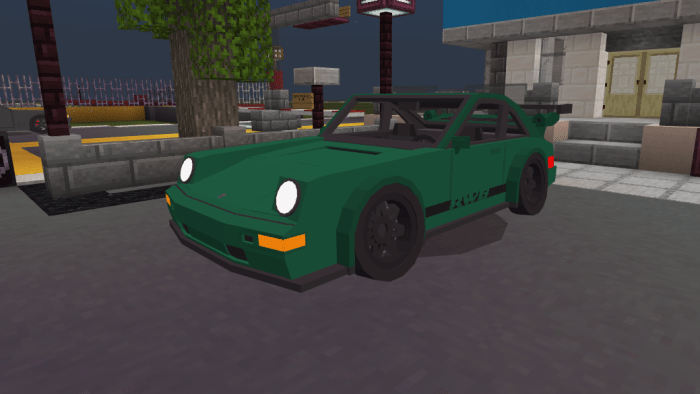 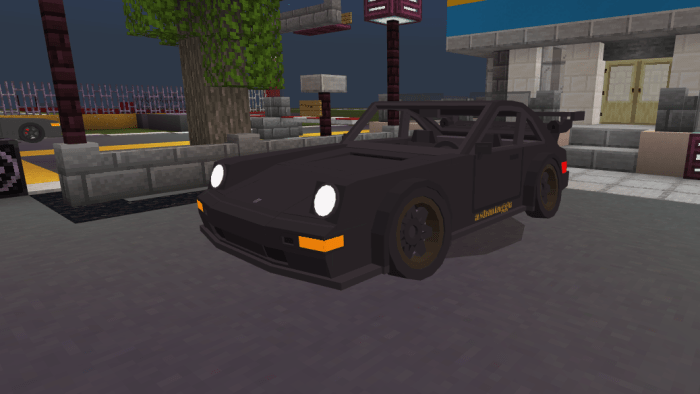 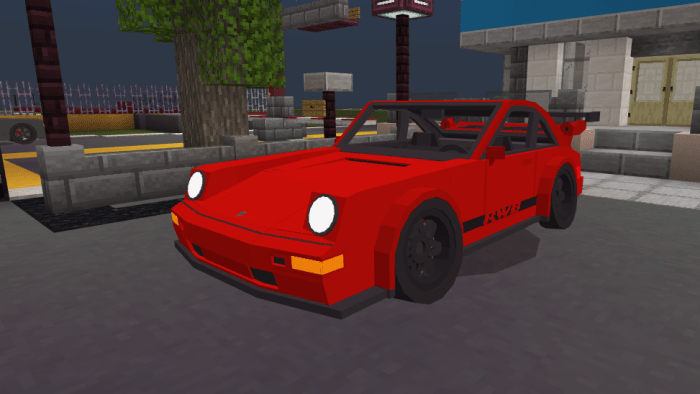 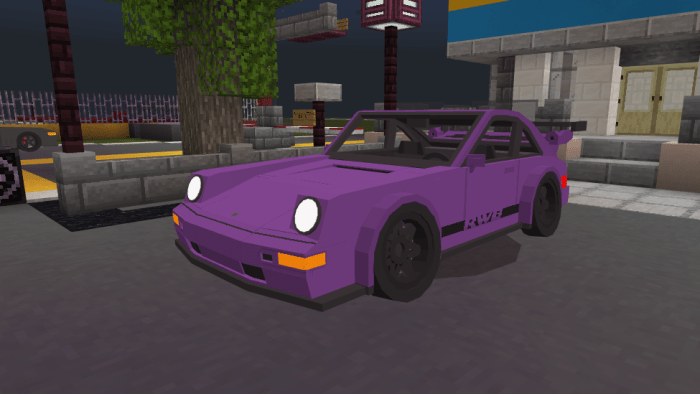 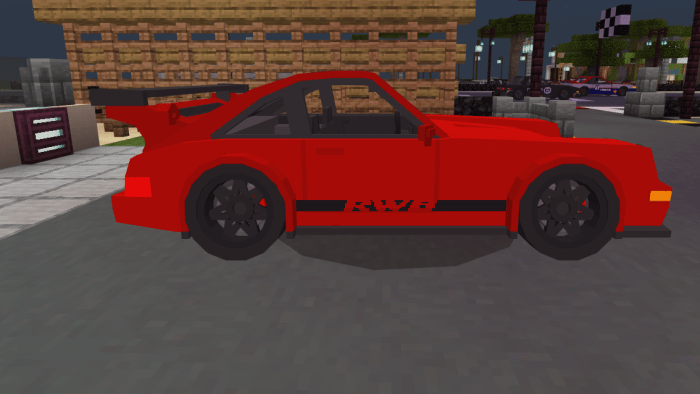 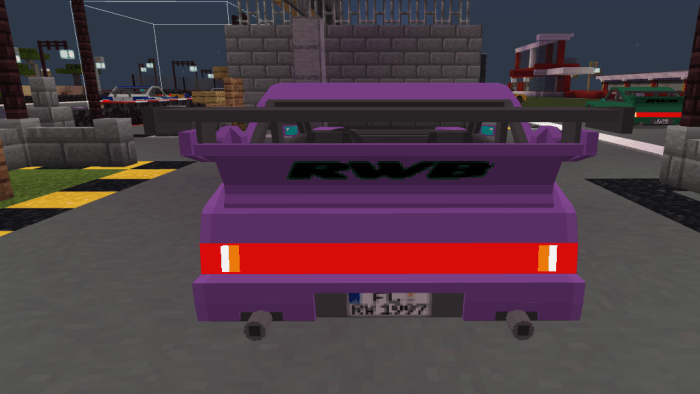 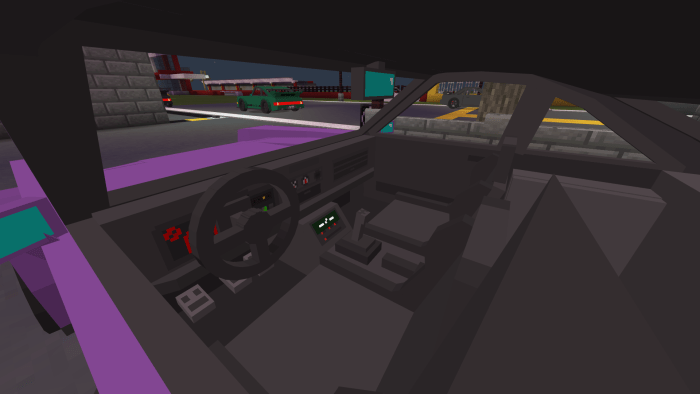 How to obtain
Method 1: Get their spawn eggs from the Creative Inventory. They are classified as spawn eggs.

- Fixed the car history from it being the Mercedes Benz 300SL description to the Porsche 964 history. Credit to normalguy1 for pointing that out!

1
SuNuv January 21, 2021 at 1:20 am
Make a megapack pls of some of your best vehicles into survival. (like your basic survival vehicles one)
🧡

Can I try to make 3 coloring pages for your cars? (then I will give the textures to you via instagram)

1
FINIX January 20, 2021 at 7:12 am
Hey ashminggu, am a big fan of your add-ons I request you to please make tesla roadster please I even messaged you on insta but I never got a response.
🧡

1
ashminggu January 20, 2021 at 9:16 am
Hi, did you contact me @ashminggudev? As mentioned in the previous addon, I cant login to @ashminggudev so if you want to message me, you'll have to contact me by my other account @ashminggu. Nonetheless, sorry about not getting back to you on IG.

Aside that, I have alot of cars that I have to do (most of them are suggestions by other users), so give me some time and I'll try and do it once I'm done with all the planned cars (:

1
normalguy1 January 20, 2021 at 4:29 am
Bro your cars are insanely good but i have like 20+ addons from you, perhaps you could make a pack containing most cars? Not like the gt addon, i have the power to run your addons. My behaviour and resources files getting clogged lol :)
🧡

Think I might be able to come up with the JDM car pack by the end of the month.

1
ashminggu January 20, 2021 at 9:19 am
That will have to go into the "second season" of my JDM car series. "First season" are JDM cars starting from my Nissan R34 GTR Remastered addon, until the Nissan R32 GTR Revised addon.

Second season of JDM cars will be after the whole European/American car series.