Hello this Is my first add-on, Right now It's In development I'll be updating It regularly on bug fixes or additions for everyone to enjoy. I'm open for Ideas and suggestions

The Nether Update was too hyped up for four new mobs, But sometimes It feels like you need more with a Wither Army, Piglin Troops and Powerful Witches

Powerful Variants, Interesting abilities and powers with more to come 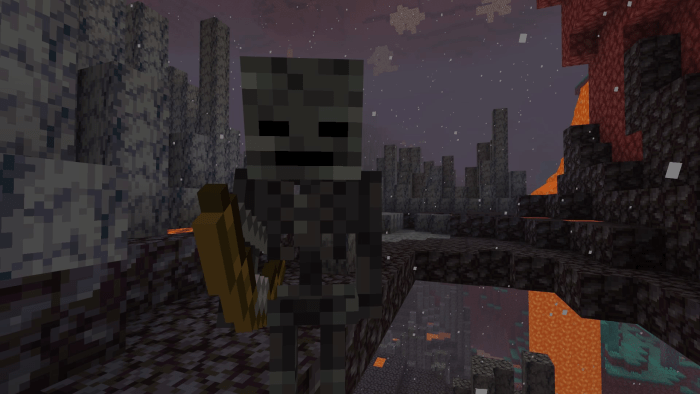 Wither Archers - Wither Archers are as like normal skeletons but with slight more health. And the Ability to shoot 3 to 2 arrows at a time, Common through the Nether. 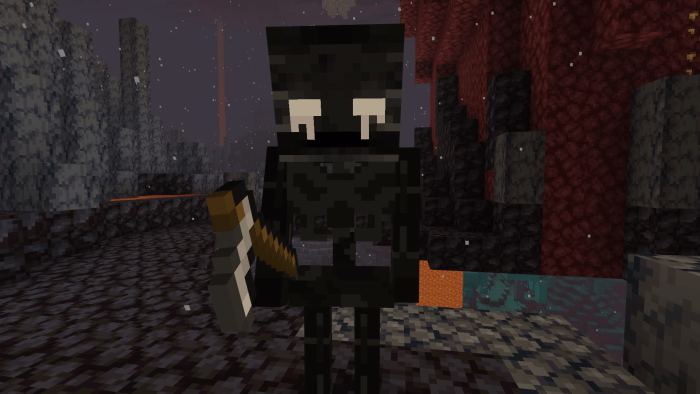 Mortified Withers - These Wither Skeletons are very weak and defenseless but one hit from these guys will cause a long lasting wither effect to ensure the kill as vengeance, Very Common In the Nether

Keep Distance on this mob 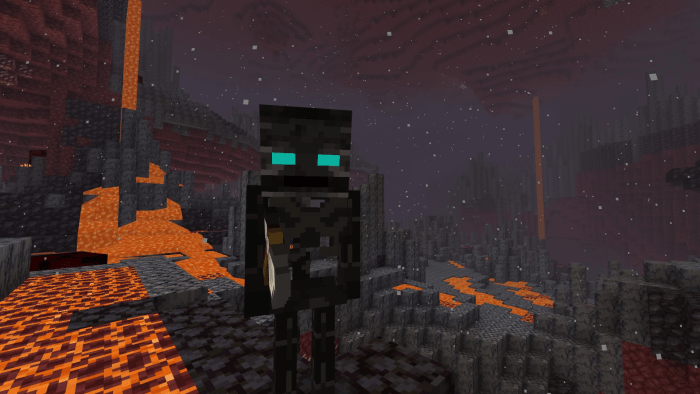 Soul Withers - These guys are bad news with intense speed to hit them one slash from these guys are deadly causing blindness, To make things even worse they have decent health and armor, Very Rare In the Nether 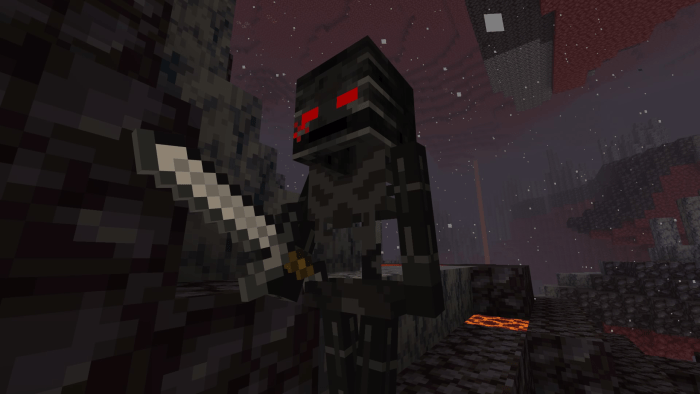 Wither Brutes - Powerful and Reinforced Health the Wither Brute gives a powerful hit and give weakness for 30 seconds. The only down fall of It Is how slow they are, Slightly Rare In the Nether

Keep Distance on this Mob 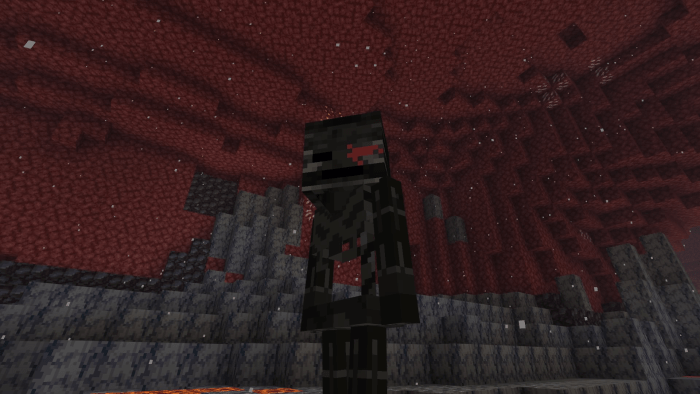 Blood Wither - Average and Magical, Wither Bloods are similar to Evokers but summon Wither Troops whenever their Is a mob nearby, Very Rare In the Nether 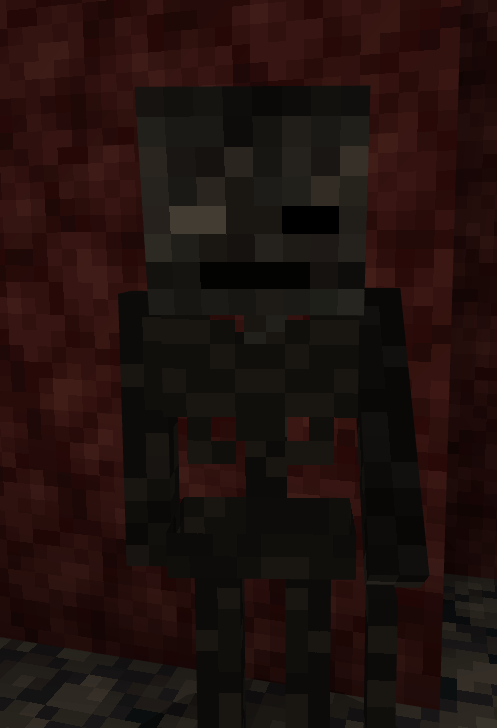 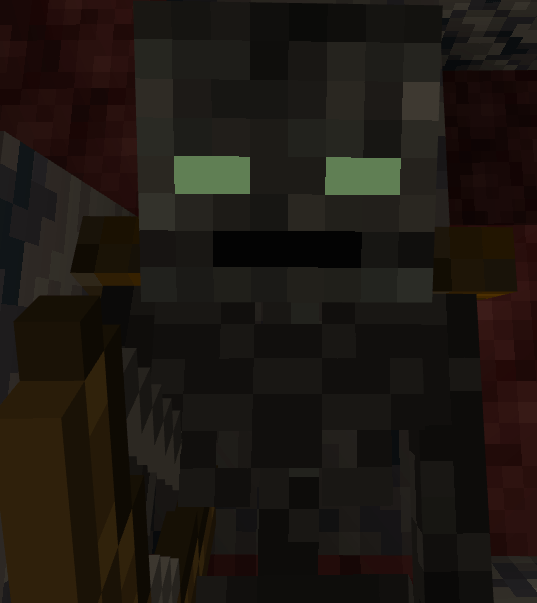 Chief Wither - Combat Focused Wither. I'll let you find out what the other attack Is

Don't get Detected by this Mob 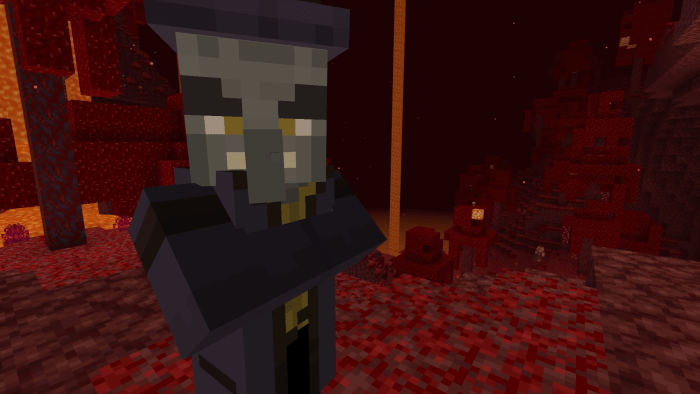 Defiant Witches - Very Unique Witches with three modes, Melee, Ranged and Summoning, They also have a chance to Ignore Attacks causing a very tough fight, Slightly Common In the Nether

Bring a Shield and Bow 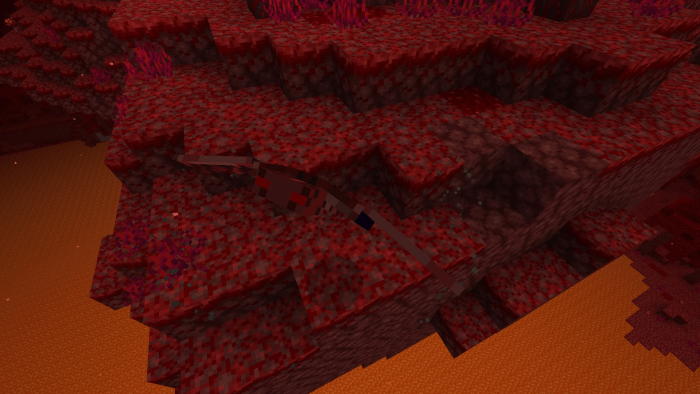 Scorched Phantom - Camouflaging Phantoms meant to sneak up on you for a easy attack These guys are stronger but deal less damage. Rare through the Nether.

Use Shields and Bows 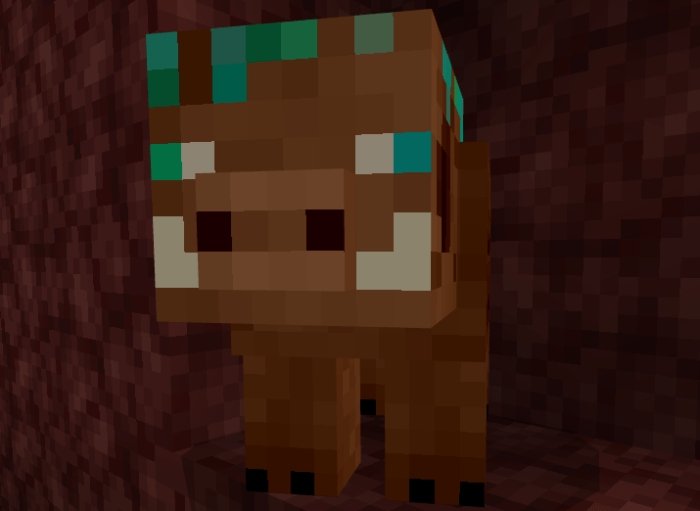 Warped Boar - Passive Animal Afraid of everything that looks like a threat also teleports, Common Through The Warped Forest 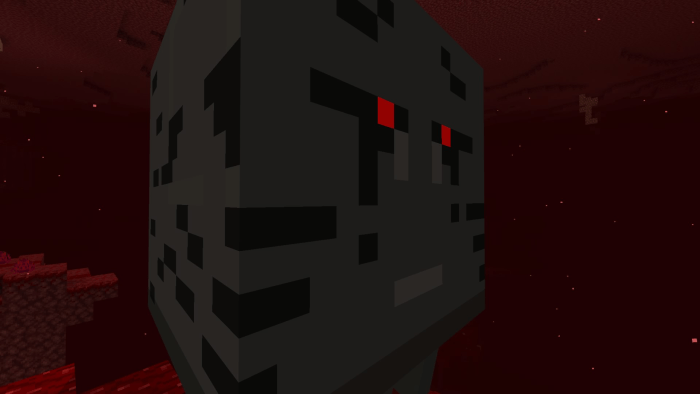 Wither Ghast - Aggressive Ghast with Three Times the amount of health Including two attacks, Slightly Rare through the Nether 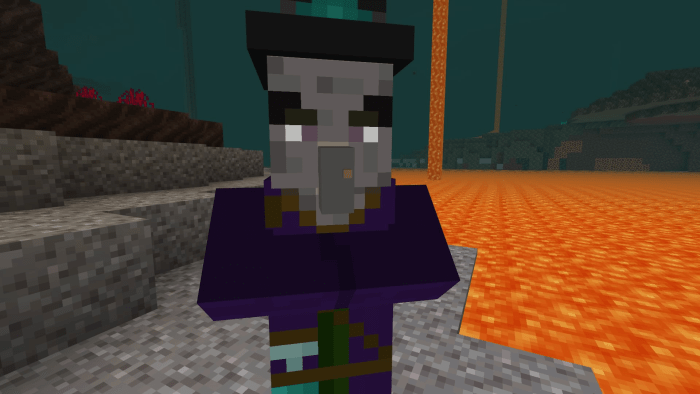 Despair Witch - Outcasted Witches with abilities like no other attack piglins, withers and other witches. Slightly Rare through the Nether 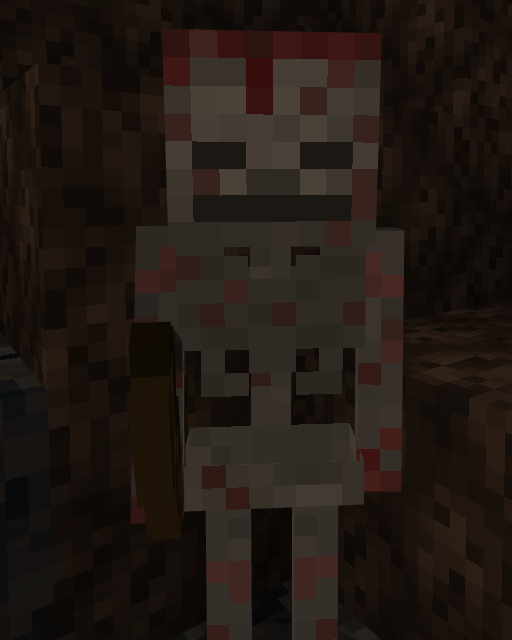 Crimson Skeleton - A Crimson Variant of the Skeleton for the Crimson Biomes. 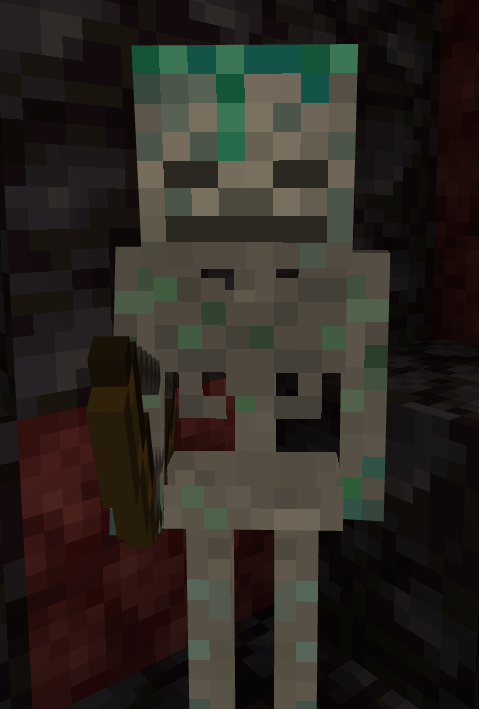 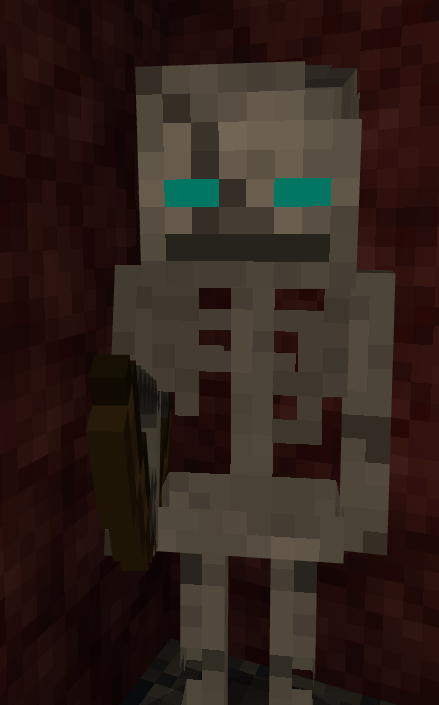 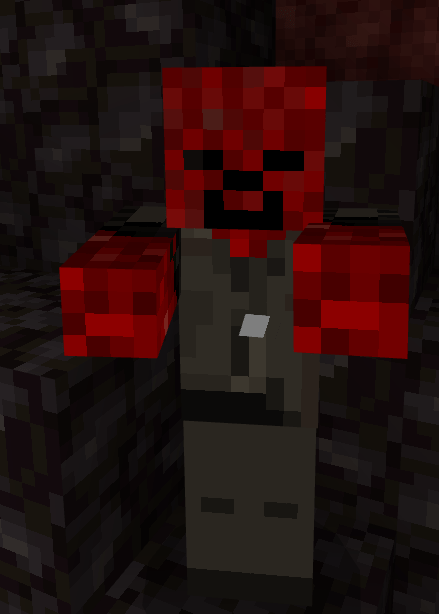 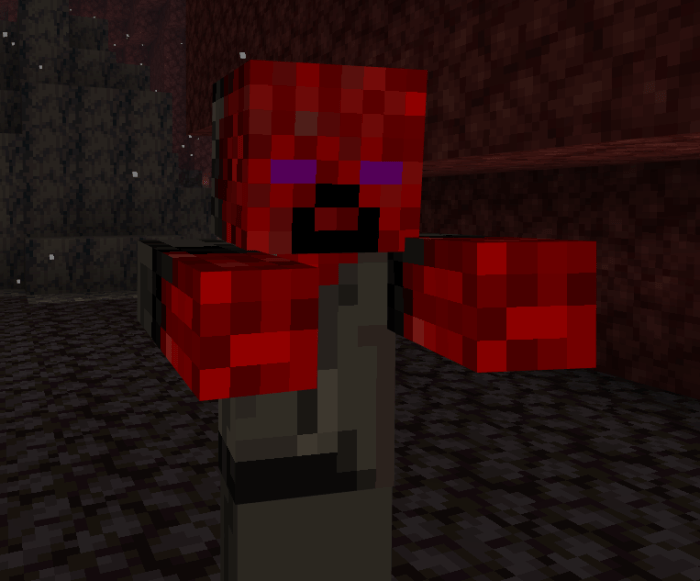 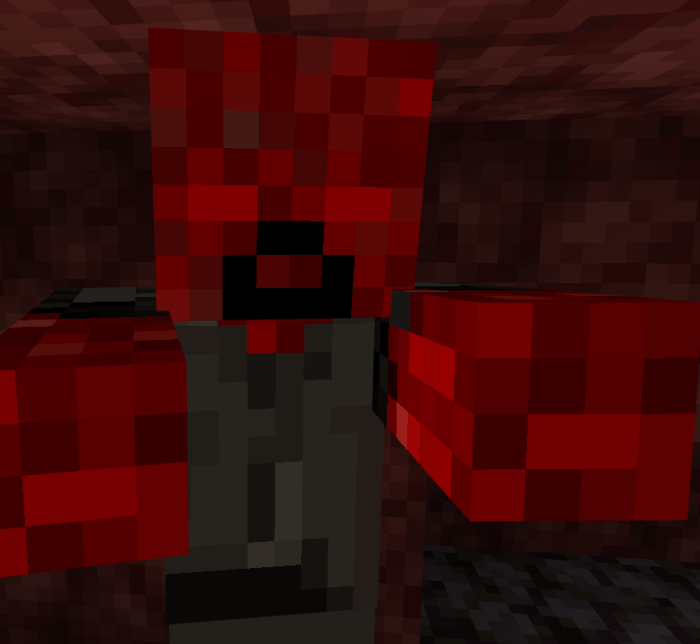 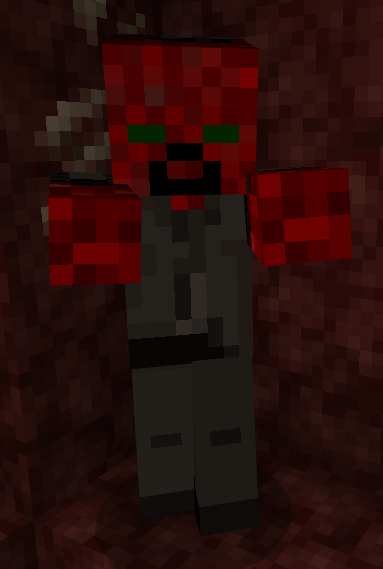 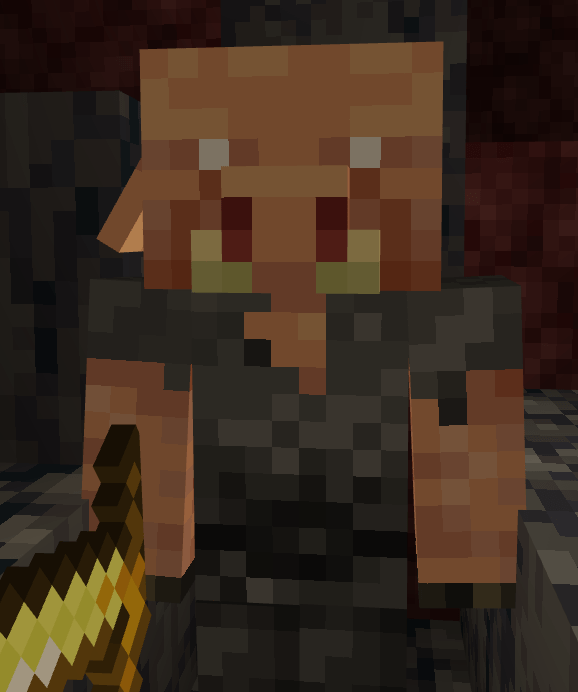 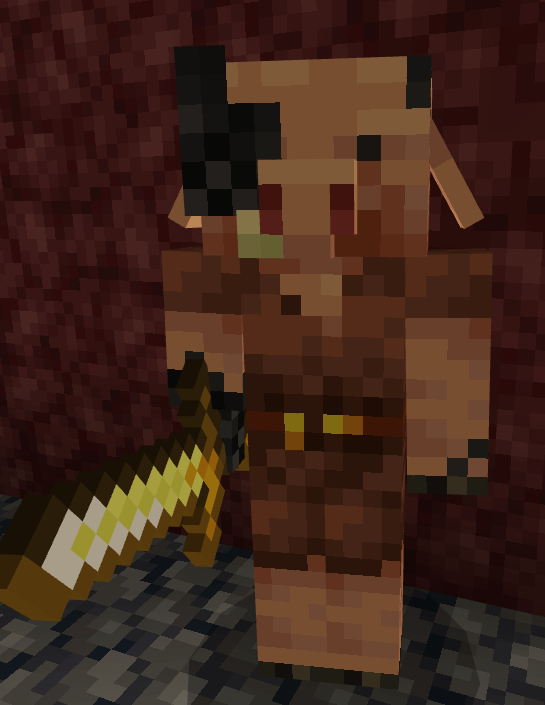 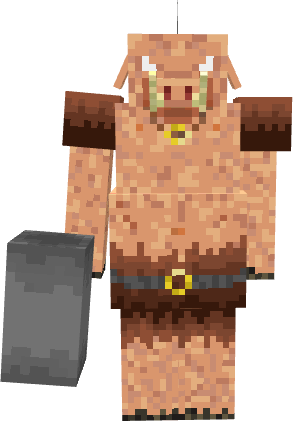 The Piglin Chief - The Leader of all the Piglins.

if summoned or spawned 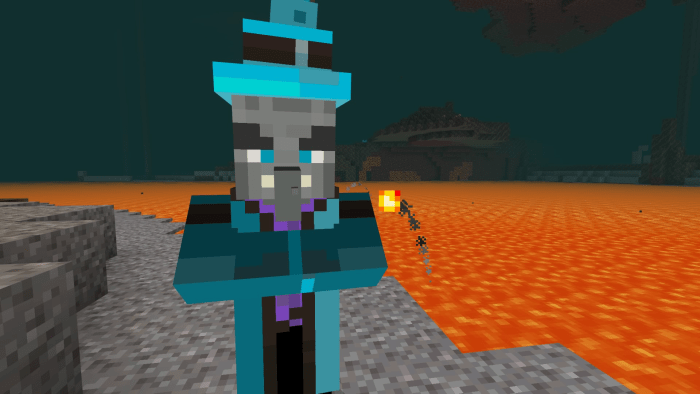 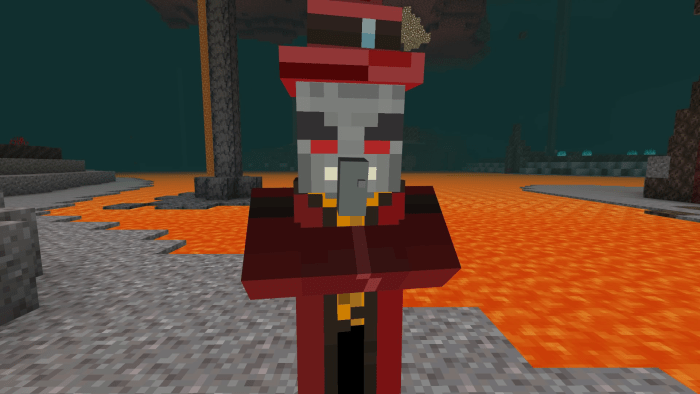 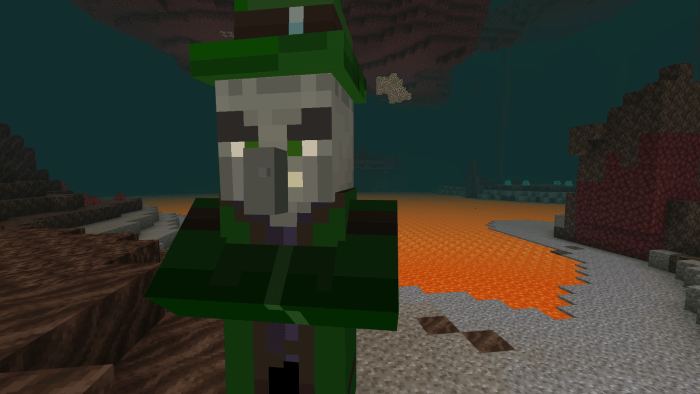 Wither Bartering - You can barter with withers using diamonds, Some Trades have changed more will be changed soon

Mobs not finished but can be spawned

(The Next Update after this will be the final one on additions to mobs, Any other updates will be bug fixes or behavior changes.)

Fixed Withers not spawning as much

April 11, 2021 at 11:23 pm
I like the addon but the ghast texture is bug and some piglins do not have animation they just move on their own there is a way to solve that bug or is it downloading
Log in to Reply

April 10, 2021 at 12:18 pm
Hey, can I make a addon similar to this? also can I use the textures of the wither skeletons somehow? ill credit you as well.
Log in to Reply

October 26, 2020 at 1:28 pm
[Bug] Sometimes the red zombies spawn in the overworld and so do the scorched phantoms in ravines.
Log in to Reply

October 26, 2020 at 1:26 pm
Hey I think the piglin walking animation broke they just slide across the floor. The withers are good though.
Log in to Reply

October 09, 2020 at 3:09 pm
Not that I know of. I can fix this sometime later cause I'm rarely working on this at the moment but Thank You.
Log in to Reply

August 17, 2020 at 12:26 am
i dont get this. On a single player world, the addon works and gives the mobs you made. But when i add it to realms, it doesnt. It instead gives me minecraft dungeons mobs. I have no other addon activated on both instances, but for some reason, on realms, it gives me something completely different. Why does it give me minecraft dungeons mobs on realms but the nether variant mobs offline?
Log in to Reply

August 02, 2020 at 1:24 pm
can you make it work in realms? I have other addons working in realms with custom mobs like this, but these guys dont work on realms at all. Anyway to incorporate it in your next update?
Log in to Reply

July 27, 2020 at 12:45 am
Idea: make zoglins naturally spawn in the Nether Wastes, so it makes the old biome a VERY dangerous place and makes it look like a warzone between the ziglins and zoglins.
Log in to Reply

July 26, 2020 at 11:11 pm
Hey man Cool addon bro keep up the good work. I have a slight problem with it though. The red zombies look too similar even with the eyes being different. Hard to tell whos who when there not looking at you. Could you change there clothes or make them look a bit more different?
Log in to Reply

July 26, 2020 at 6:28 pm
The newly added piglins (Piglin Mage, Withered Piglin, Warrior Piglin, Piglin Trickster) do not turn into zombified piglins in the overworld. Maybe change that?
Log in to Reply