Taking inspiration from Optifine's random alternate mob textures, this resource pack brings aprox. 800 variations per mob, for over 45 mobs in the game! This is done using a combination of alternate textures, entity tinting, and model scaling to make mobs with even the same texture look slightly unique. This pack will continue to be updated with more mobs and textures as long as people show interest in it!

To reduce the amount of times the mcpedl team needs to review the changes, this mcpedl page will only be updated for major updates. For more minor updates, news, feature voting, and feedback, check out our discord: https://discord.gg/UbjD9ny 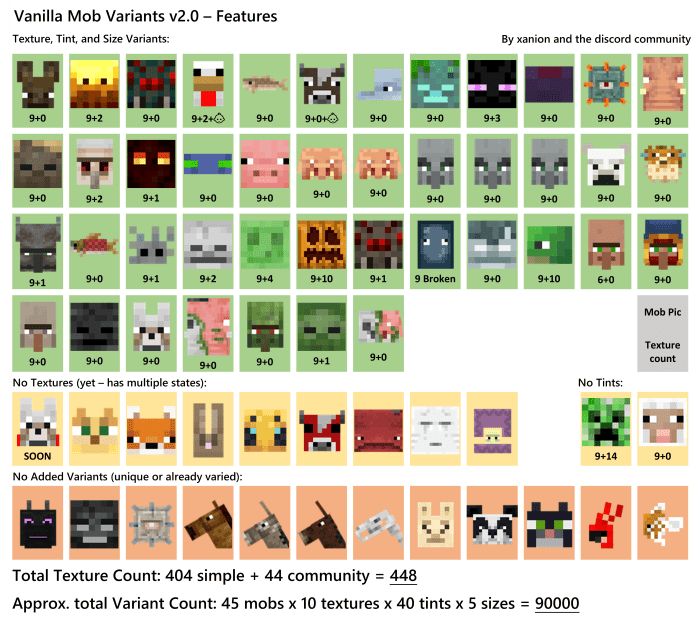 For 54 of the original mobs ,each mob has:

A full gallery of the available variants will be coming to the discord soon - but until then, you'll have to go out and look for all the variants yourself!

By clicking on the pack's gear icon in the pack selection page, you can select the kinds of texture variants that are active in the pack! 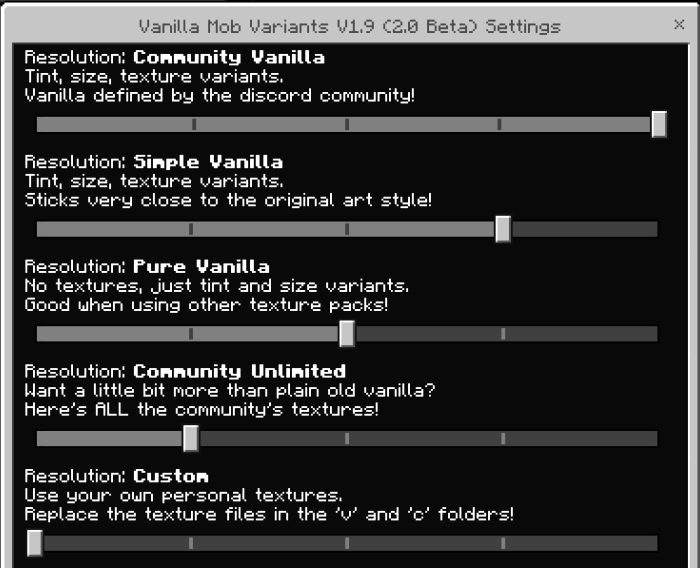 If you would like to learn more about how to customize the pack with your own textures, visit the community discord! 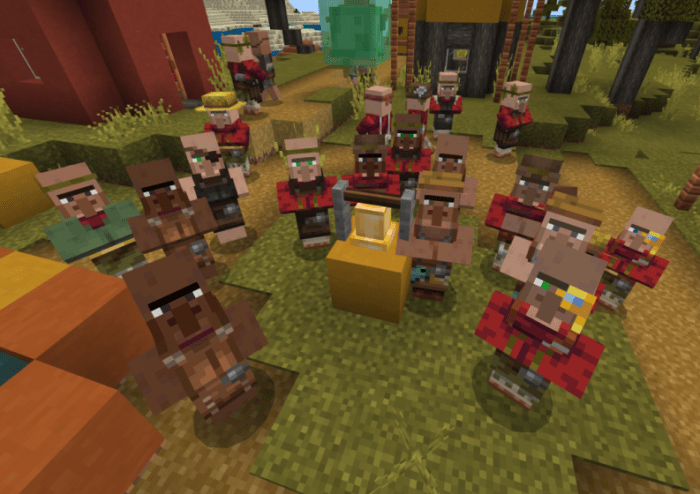 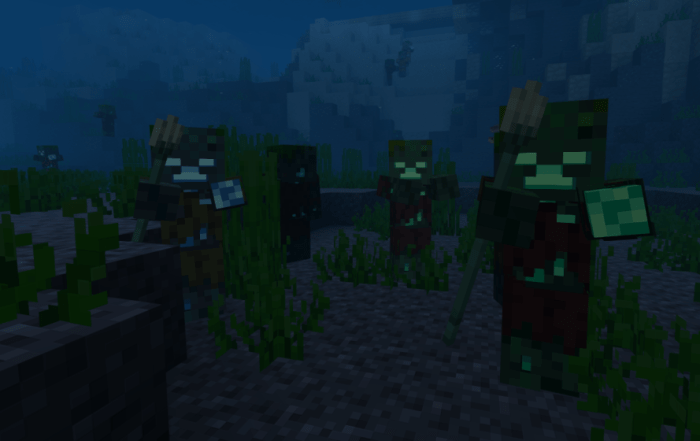 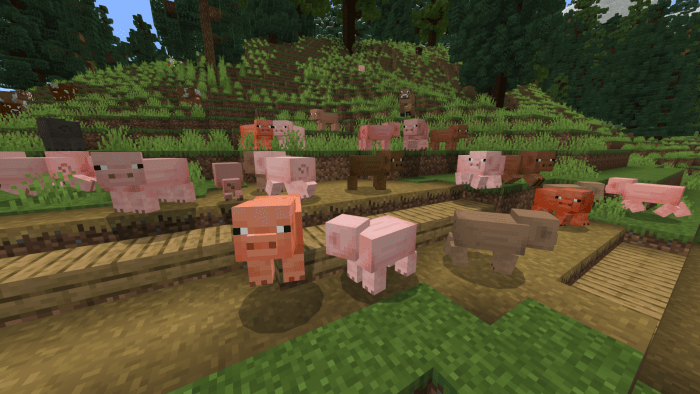 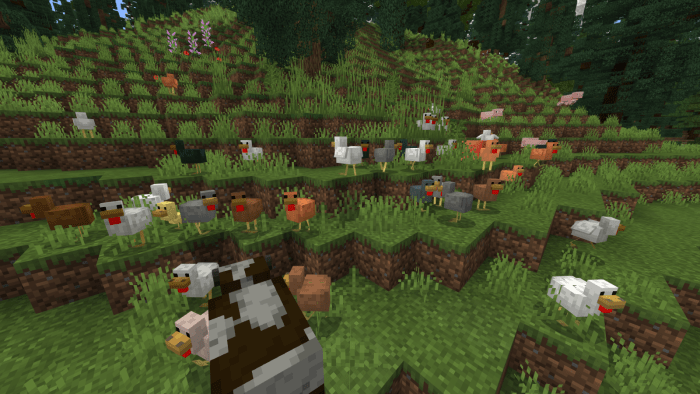 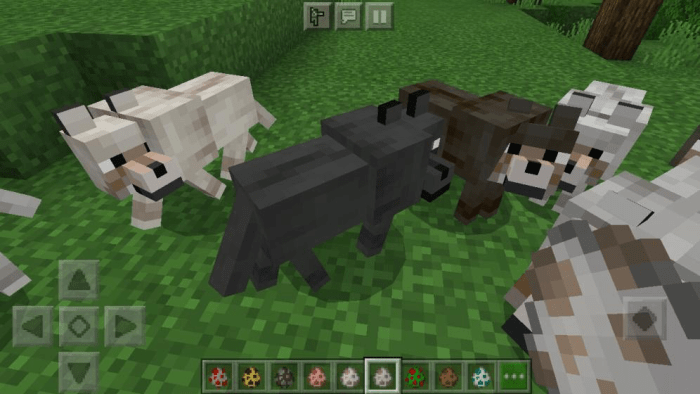 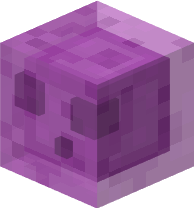 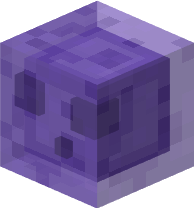 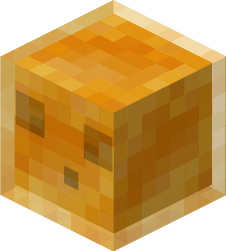 Why a Resource Pack?

Unlike addons that use a behaviour pack, resource packs can be applied in the global resources settings and then used everywhere - server, realms, and survival worlds without disabling achievements. Just set and forget!

The only downside to this is that the mobs will randomise their texture each time they are rendered - but this could be fixed using an optional behaviour pack (if enough people want it).

Thanks to everyone who has submitted suggestions and textures in the discord! Here are the members who have had their textures included in the pack (as of V2.0):

A full list of each member's textures can be found in the credits file!

After clicking the download link, scroll down and open the "assets" menu to find the .mcpack file

This pack should work on ALL versions of bedrock (mobile, win10, and console) as long as you have a file explorer.

Open the .mcpack file with your preferred file explorer to install it onto Minecraft.

If your file browser does not let you open the file using Minecraft, rename the file extension to .zip and extract the contents into your resource packs folder.

April 07, 2021 at 10:34 am
I would go as far as to say that this is one of the best Texture Pack to ever come to Minecraft bedrock. I use this pack all of the time for play. It's ao enjoyable and thank you for making such a awesome modpack.
Log in to Reply

March 02, 2021 at 2:29 pm
amazing and you should consider making one for crop variants and block variants!
Log in to Reply

It says "some of the selected content could not be applied"

November 13, 2020 at 12:37 pm
i love it keep up the good work! could you posibly make more variants for enderman but it changes more than just pls? Thank you!
Log in to Reply

more than just the eyes* sorry!

October 31, 2020 at 5:45 pm
Friend !, Your texture pack is brutal!, I loved it from the first time I tried it, the truth was I tested every mob in the game and I all loved it, my favorite is one of the devastator, who seems to have no eyes, it is terrifying but I like uwu, just a little thing, wolves when spawned, they have a pretty nice color, but when they get aggressive, that color is lost, and after killing a sheep, the color never really comes back, if you change that in the next update you will I would love hahaha
Log in to Reply

October 25, 2020 at 8:24 pm
A suggestion from me is why not add texture for earth to this texture pack there are so many different kinds of variants mob that are just recolored or re texture mob
Log in to Reply

October 24, 2020 at 7:54 pm
Sorry to say but Minecraft says this was an invalid pack. Can anyone help me to deal with this and also side note, part of my ipad is cracked so that’s probably a reason why it didn’t work. Nice pack by the way, hope I can use this pack soon.
Log in to Reply

October 24, 2020 at 6:14 pm
Great textures! But there's a thing with the wolves. When they aggro, they revert back to their original texture and then back to their current once they're done. Hope you can find a solution !
Log in to Reply
Report Comment
Follow:
Login Sign Up Submission
Tweets by MCPEDL
Tweets by MCPEDL