This is an Add-On which let the Mutant Wolves dye in any color. These Mutant Wolves are stronger, dyeable and can be used similar as a horse for riding. This only adds Mutant Wolf and Skeleton Wolf from NEW Mutant Creatures to bring it along in great adventures along with something else.... 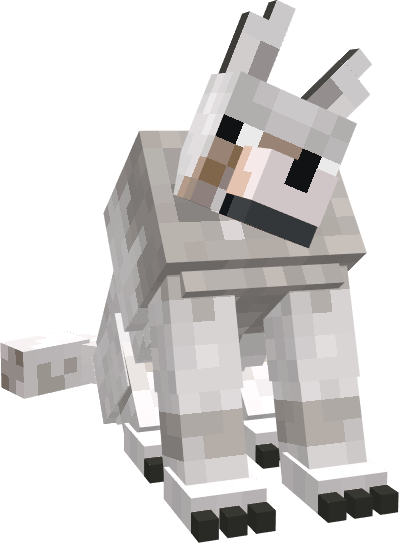 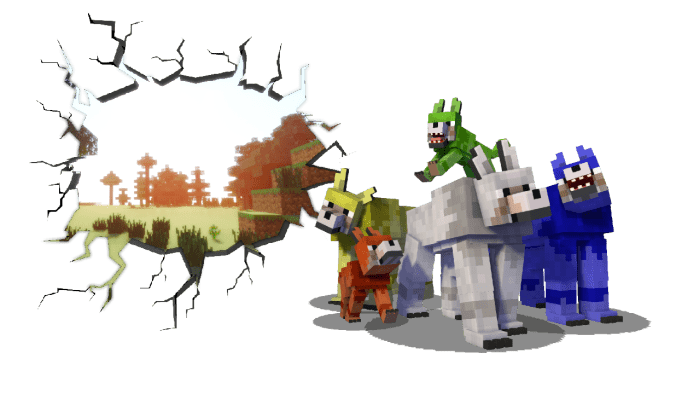 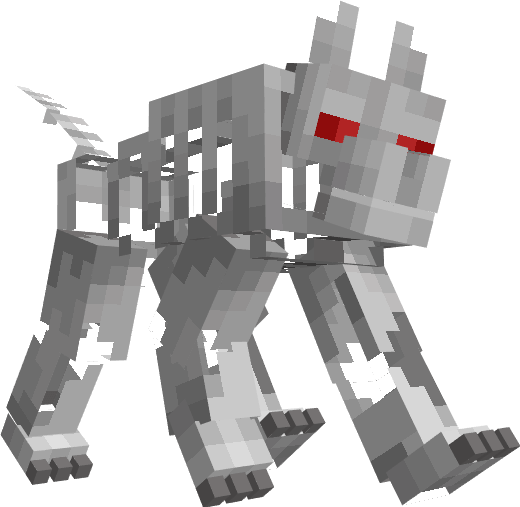 Mutant Skeleton Wolf: Although this mutant is a bit larger and quite a lot stronger and similar to an ordinary wolf, this skeleton wolf is slightly different than Mutant Wolf, it mostly lives in the nether, rarely seen in overworld and hostile to any players or wolves it spots! This "Hell Dog" isn't a easy task, but if so there is  rare chance to tame it and it can be also dyed in any color but with its bones ! Along with it, Skeleton Wolf also joined in from Minecraft Earth! 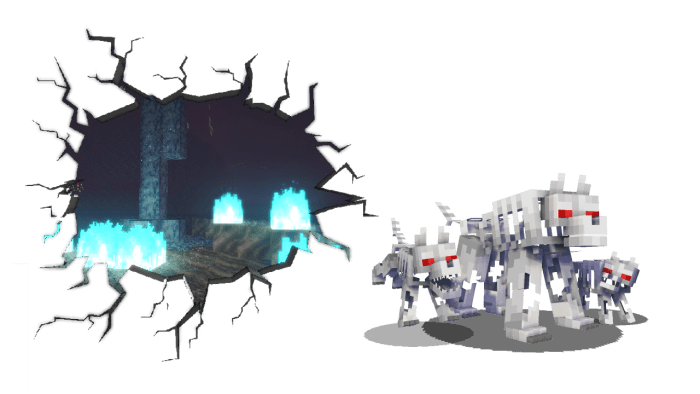 All types of the existing dyes to dye Mutant Wolf and Skeleton Wolf including easter eggs! 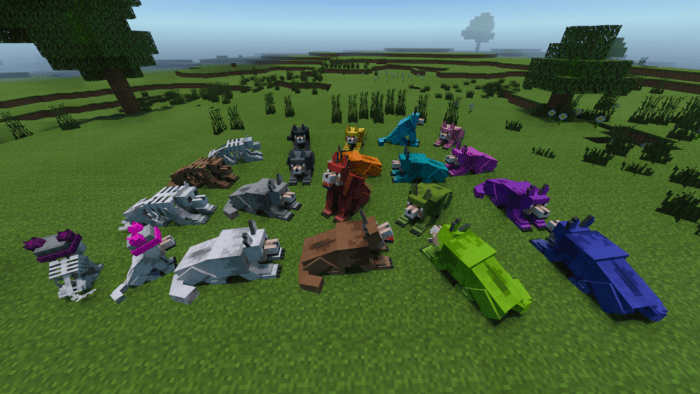 It can't fly. But it sure can jump high! A tamed Mutant Wolf and Skeleton Wolf can be ridden quite similar to riding a horse and sitting them down is by sneaking.

And much better animations

1. "Optional" If you still have the old versions of this add-on, please remove it in the Minecraft storage settings

3. Apply the packs for a world

April 08, 2021 at 2:33 am
Love this mod! I really like how useful you made them, better than horses imo and can actually defend you without the fear of them easily dying.
It would be cool in a future update to have the ability to attach chests to them.
Log in to Reply

March 17, 2021 at 9:42 pm
Do you plan to remove that delay they have? is that when I look in another direction the wolf takes a long time to look in that direction. Please fix it
Log in to Reply

March 04, 2021 at 4:12 pm
thx because ny girlfriend came back with me with this mod thx we going tomake out
Log in to Reply

March 04, 2021 at 2:41 pm
I remember how this addon was for so long... and seeing it updated today, and how much was changed in it makes it feel like an entire remake, amazing!
Log in to Reply

March 04, 2021 at 12:58 pm
Hi, Amazing addon but I have a question I have seen similar addons/mods that use the same model as your mutant wolfs are anyone allowed to use them ?? or are they bought or something
Log in to Reply

March 04, 2021 at 1:20 pm
Hey, they are not allowed to use one of my models for my Mutant Wolf. If so, they will get reported about it.
Can you please tell me what addons you seen that used my Mutant Wolf model without permission?
Log in to Reply

March 04, 2021 at 1:42 pm
I think he's saying that he's seen other addons that seem to use models similar to yours, and he wants to know if they're bought or if anyone can use them.
Log in to Reply

March 04, 2021 at 4:00 pm
yeah basically what herobrine said
you can find the addons by searching mutants
Log in to Reply