A new and unique spinoff of the classic SkyBlock challenge, the Flatlands Survival challenge allows for a more creative experience than SkyBlock, however comes with it’s own challenges and obstacles 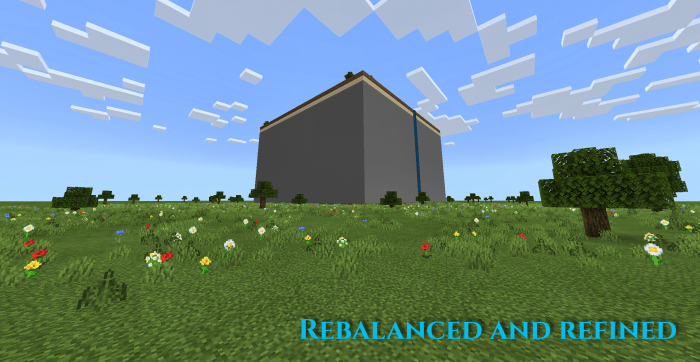 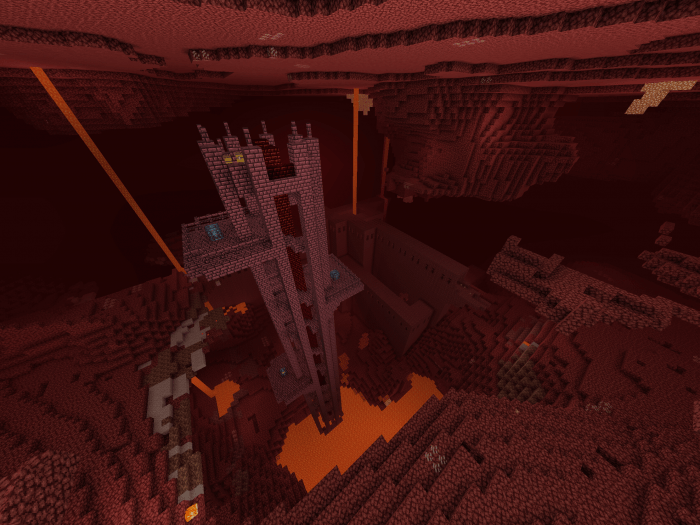 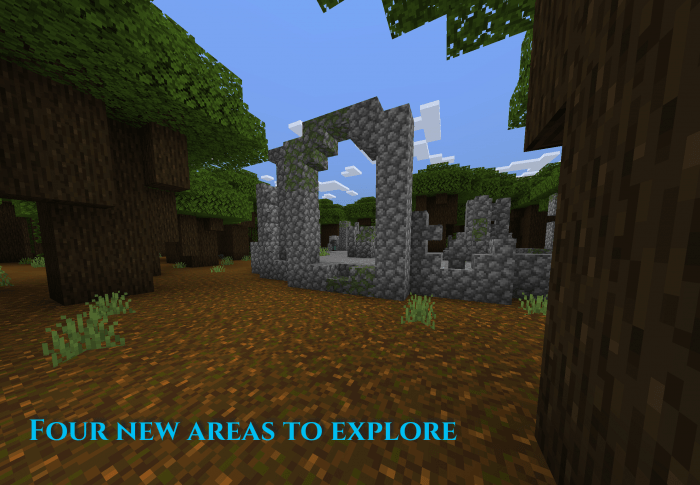 You start off on a 128x128 block of land, raised 77 blocks above the infinite plains around you.  Below you is a system of ores, a few caves, dungeons, and even an End Portal. At the four corners of this world are small bits of renewable resources, such as trees and sugar cane. Down at Y 20 is a very limited number of ores.

Use these ores very wisely.

This map is about progress, much like SkyBlock. You can’t go down in a cave and mine enough iron for a full set of armor in a single night like in a regular world. Things are much harder here, and while you can achieve anything here you can in a regular world, you’ll need a plan.

Once you run out of something such as iron for example, it’ll be a very long time before you can gain any more. You would have to make a village large enough to spawn iron golems to get more iron!

Speaking of villages, you’re probably going to need one. Villagers are your only source of tools and armor made of ores that are extremely sparse in this world, such as diamonds. Get a good enough Village going and soon things like diamond tools, diamond armor, and many more things are now renewable resources.

Unfortunately, there are no villagers already in the flatlands, so curing zombie villagers will be your only option, which will require a dangerous trip to the nether to accomplish, as you’ll need potions. (Villagers do indeed spawn naturally in Easy Mode)

Eventually, you’ll find yourself strong enough to make your way to the End, or tackle things such as the Wither....maybe even find some treasure, far off in the Nether.

But at the end of the day, this is your world to use however you like. And you’re not limited to just the block of land you start out on. Around you is an infinite blank canvas, which you can build upon

Good luck on your adventure, and have fun!

Ever since the mcpedl servers went down, my 3.0 version was lost completely except on the “my submissions” part of the site. Oddly everywhere else, only the 2.0 version of the post was out. Hopefully this resubmission fixes that

Nykko August 12, 2019 at 7:41 am
I like this but if your gonna make flatlands3.0
You should make more flatlands blocky things, that one you spawn at the start, BUT MORE.
🧡

Help August 11, 2019 at 5:53 am
Dude i have some problems about those map of different biomes i cant see anything in there
🧡

4
Plasma7007 August 11, 2019 at 12:25 pm
They are locator maps, much like the Ocean Monument or Woodland Mansion maps you can get from villagers. For example, if the map is blank and your little arrow icon is at the bottom, then turn till the arrow is pointing up into the map and walk forwards till it fills in
🧡

4
Plasma7007 August 11, 2019 at 9:59 am
It’s not ported from Java, I made this all in bedrock. Also, I don’t believe you can earn achievements, as cheats are turned on in order for some command blocks to function
🧡

1
xexnoob February 13, 2020 at 11:42 pm
If you edit the world in MCC Toolchest, you turn achievements back on, and keep the command blocks functioning.
🧡