In the time that aviation industry was rapid developed, there were many special-designed  aircraft. This barrel-like aircraft, was designed by Luigi Stipa, an Italian aeronautical engineer.

In the 1920s, Stipa applied his study of hydraulic engineering to develop a theory of how to make aircraft more efficient as they traveled through the air.

According to his theory, Bernoulli's principle could be applied to airflow to make engine more efficient by directing its propeller wash through a Venturi tube in a design he termed an "intubed propeller".

Eventually, he published his ideas in the Italian aviation journal "Rivista Aeronautica", then asked the Air Ministry to build a prototype aircraft to prove his concept.

This add-on is based on his original design. A tube fuselage with a de Havilland Gipsy III (120hp) installed, no armament. 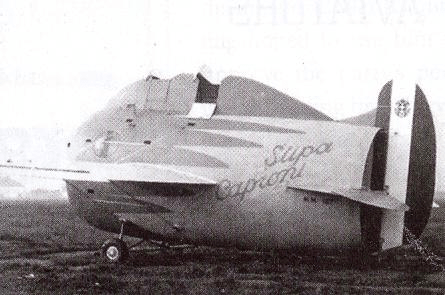 Camouflage is referenced to the machine rebuilt by Lynette Zuccoli and Aerotec Queensland in Australia. 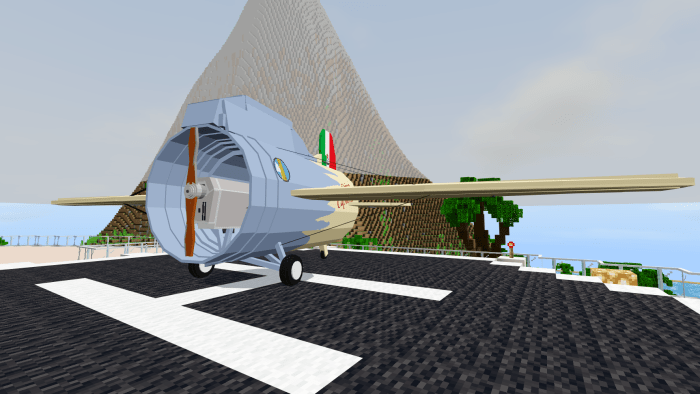 3 view of aircraft.  You can see the intubed propeller. And "Stipa Caproni" signature on fuselage. 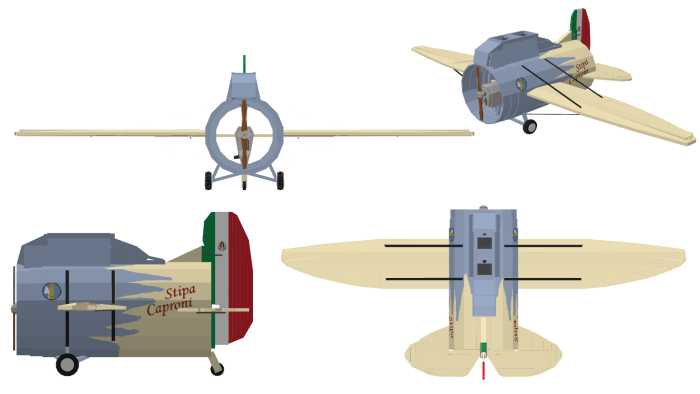 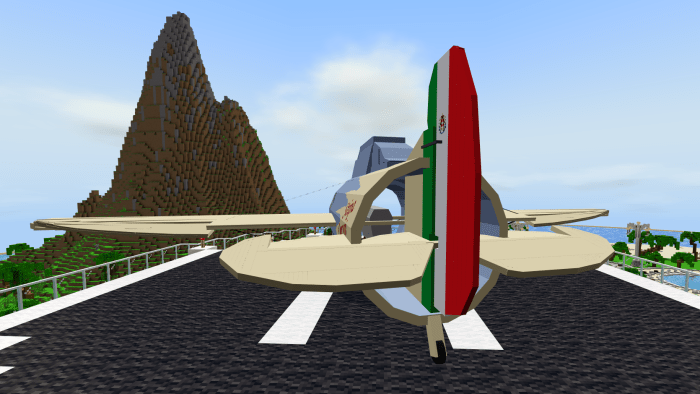 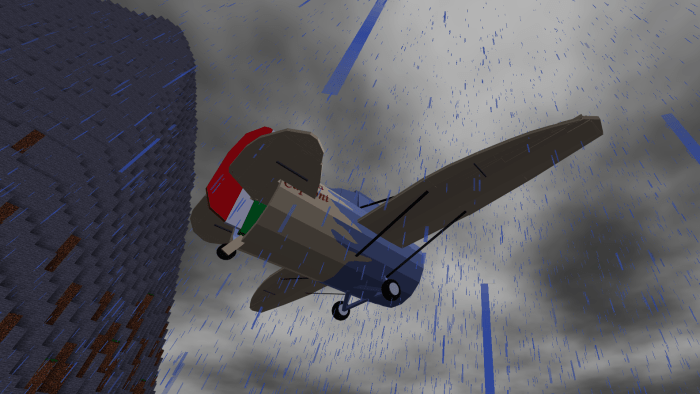 You can carry one passenger. Look up (head angle: 0~60) to ascend, look down to descend. 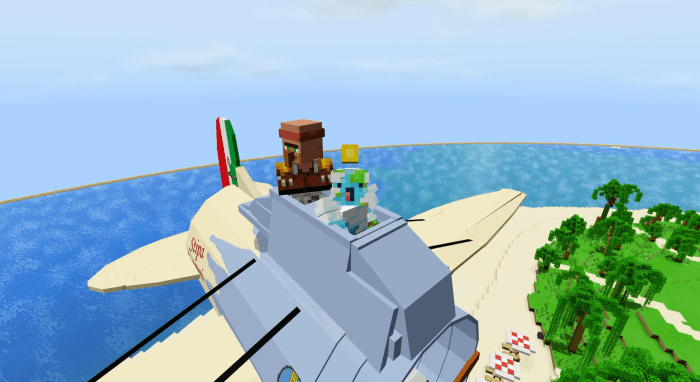 What's the end of this aircraft? After a test flight in 1932, Regia Aeronautica conducted a brief series of additional tests, but did not develop it further, as the plane did not perform noticeably better than conventional aircraft designs.

Test pilots reported that the plane has astonishing low landing speed, short landing run. It was extremely stable in flight, but difficult to change courses.

August 05, 2020 at 7:16 am
Ooooooh it's not my thing but looks great if i ever need it i will get it keep up the good work! PS: Can you please respond to my question on your Kancolle addon (don't worry, it's not about the blank spawn eggs; i use PC lol)
Log in to Reply

August 03, 2020 at 9:07 pm
That is a amazing addon bye the way?and also can you make another addon called "WW2 Aircraft Addon" so I will named all you can add in minecraft here and also I will explain that aircrafts from all of the British and German:

1.)Spitfire - The Supermarine Spitfire is a British single-seat fighter aircraft that was used by the Royal Air Force and other Allied countries before, during, and after World War II. Many variants of the Spitfire were built, using several wing configurations, and it was produced in greater numbers than any other British aircraft.
2.)Bf 109 - The Messerschmitt Bf 109 is a German World War II fighter aircraft that was, along with the Focke-Wulf Fw 190, the backbone of the Luftwaffe's fighter force.
3.)He 111 - The Heinkel He 111 was a German bomber aircraft designed by Siegfried and Walter Günter at Heinkel Flugzeugwerke in 1934. Through development it was described as a "wolf in sheep's clothing.
4.)Fw 109 - The Focke-Wulf Fw 190 Würger was a German single-seat, single-engine fighter aircraft designed by Kurt Tank in the late 1930s and widely used during World War II. Along with its well-known counterpart, the Messerschmitt Bf 109, the Fw 190 became the backbone of the Luftwaffe's Jagdwaffe.
5.)P-51 - The North American Aviation P-51 Mustang is an American long-range, single-seat fighter and fighter-bomber used during World War II and the Korean War, among other conflicts.

So add it in the next addon please because this is my idea for this addon and I appreciate your work!?