Hello! Did you ever think that Minecraft doesn’t have enough technology? Well, this is the addon for you. This addon adds new technology-related blocks, items, mobs, and ores. The tec addon also adds lasers! I hope you enjoy the addon!

Turn on experimental gameplay for the addon to work!

I will try to fix as many bugs as possible.

You can report bugs in the MCPEDL comments.

You can also give suggestions in the MCPEDL comments.

Yes, you heard it, this addon add lasers! The lasers can turn block in front of it into another block (making the block hotter)

The Picture below is the laser activated! 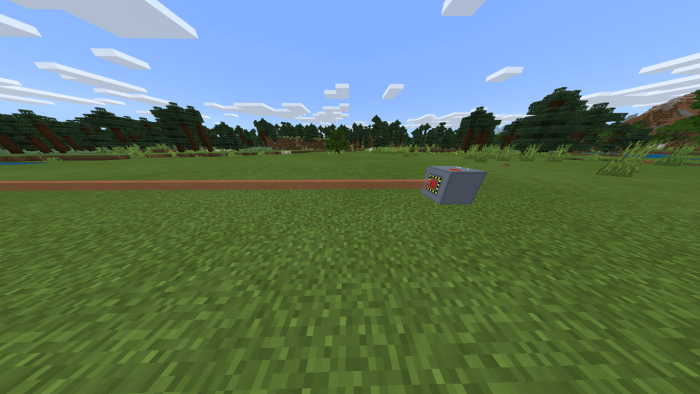 There is also a not activated laser that you get when you craft it. 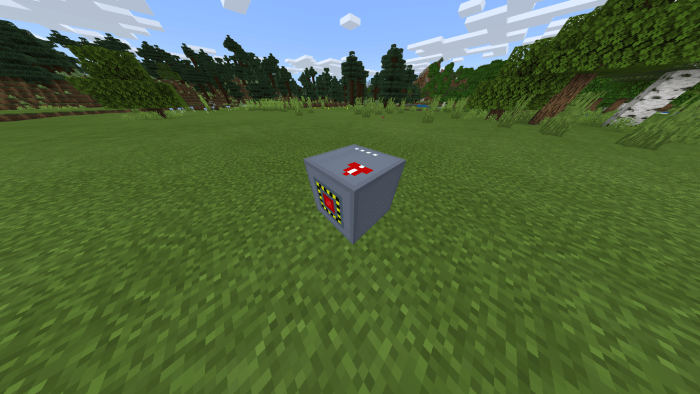 To activate the laser you just click the nonactivated laser with a Redstone torch.

List of Things the Laser Can Heat. (Place These blocks in front of the laser)

If you try to stand on the laser you will get poison, nausea, and hunger.

Reinforced blocks are like normal blocks but they are way stronger. 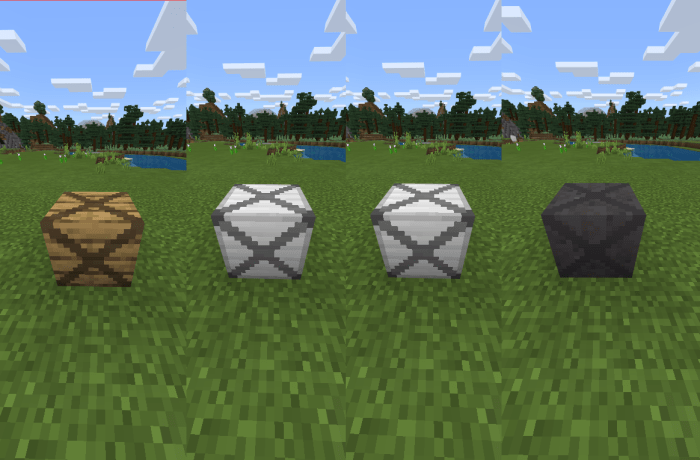 Here are the recipes to make the different reinforced blocks.

NO Crafting Recipe Yet

This is the bunker block. It is one of the most strongest block in the addon. It can be crafted by putting one lead ingot in the middle and surrounding it by reinforced blocks. 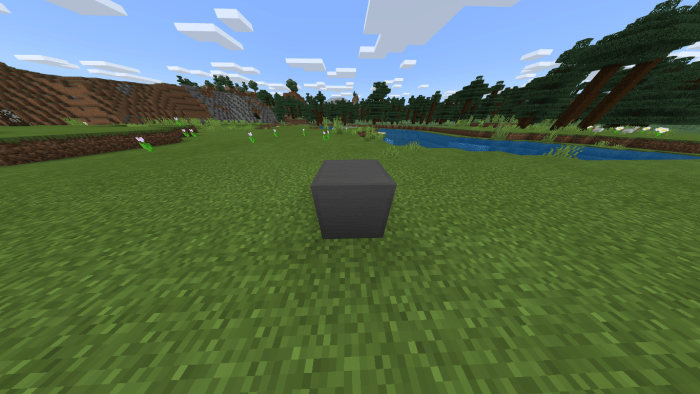 You just need to craft it and then put it down and it will work. 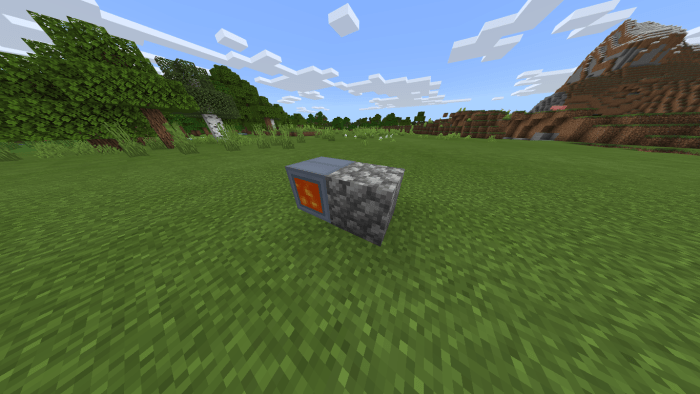 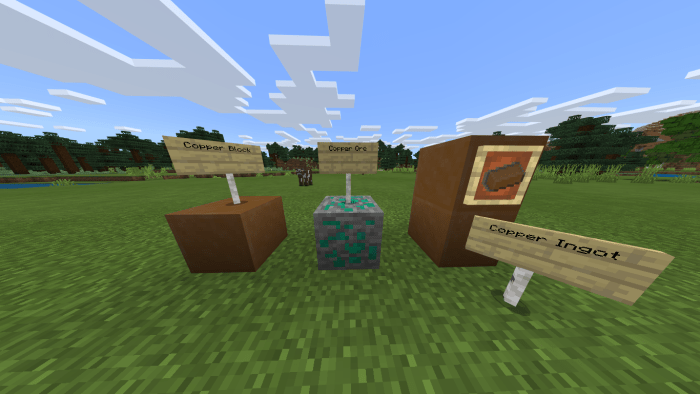 Lead is like copper but a little more rare. It can be found below y level 60. 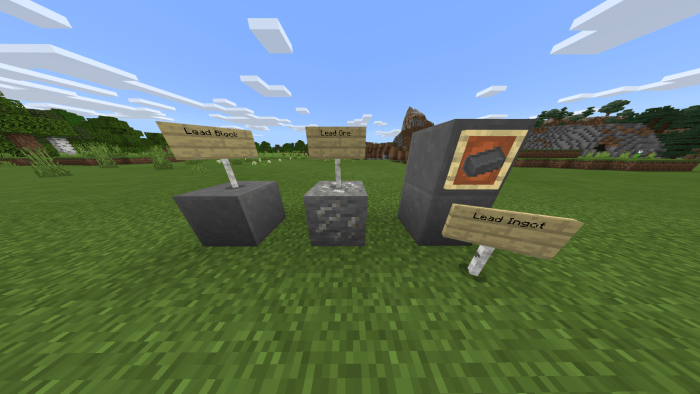 Uranium is another new one. It can be found below Y level 25. Right now the only use uranium has is for crafting.

Gears are one of the important things in the addon. The can be used in crafting recipes. There are different levels of gears, Netherite Gear, Diamond gear, Gold Gear, Iron Gear, Stone Gear, and Wooden Gear.

Here are the crafting recipes for the gears. 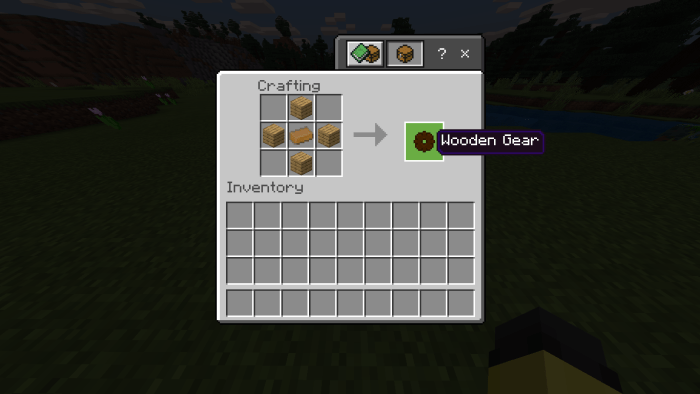 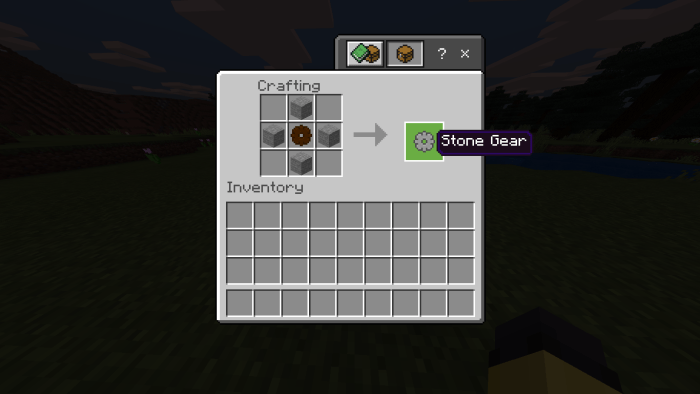 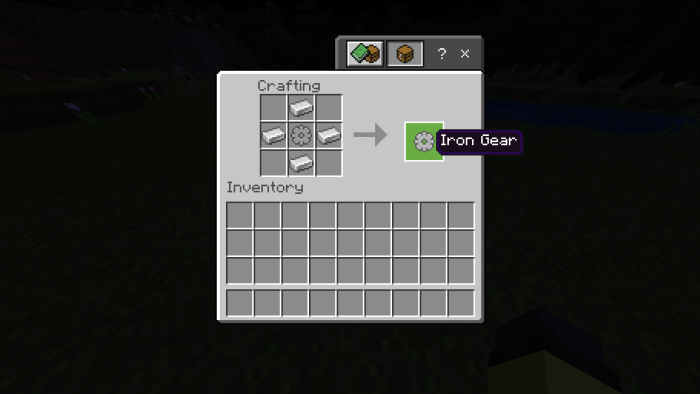 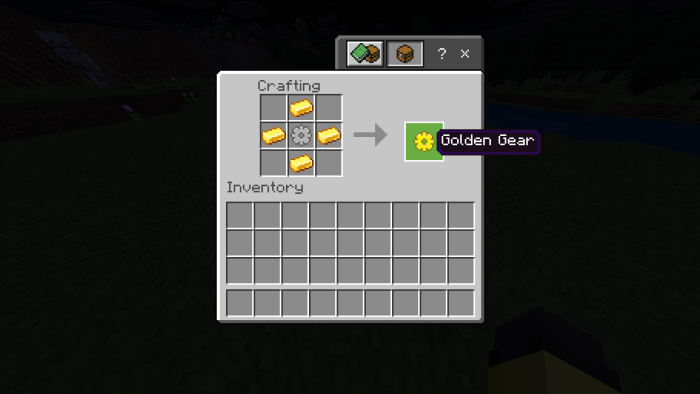 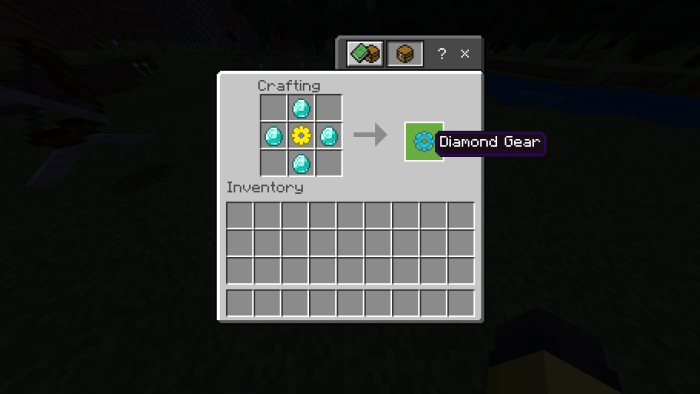 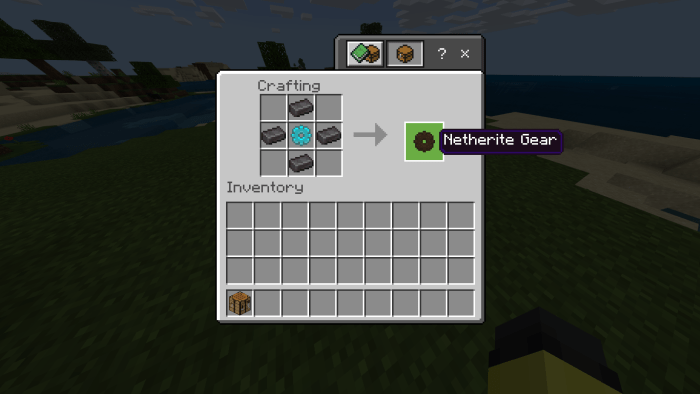 Here is the laser crafting recipe! 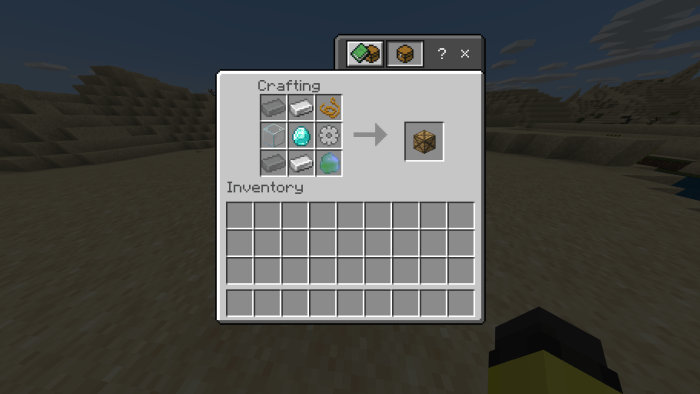 When Crafted it gives you a laser block crate. Break the crate to get the laser block! 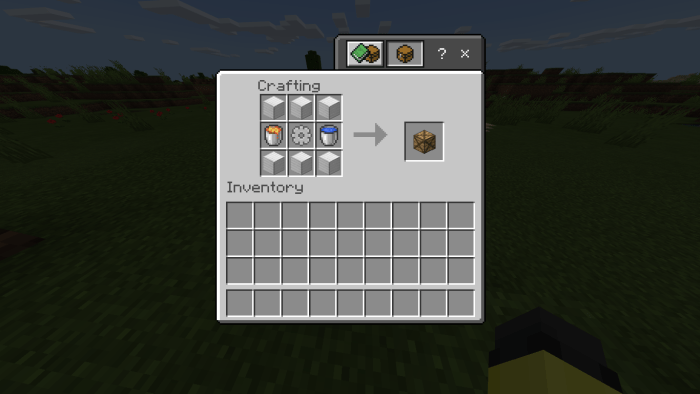 The tec addon adds a new mob/block called the windmill. The windmill right now is for decoration purposes but it will be used to power other blocks/mobs. The windmill looks like this (Picture Below). Also yes the windmill does spin. 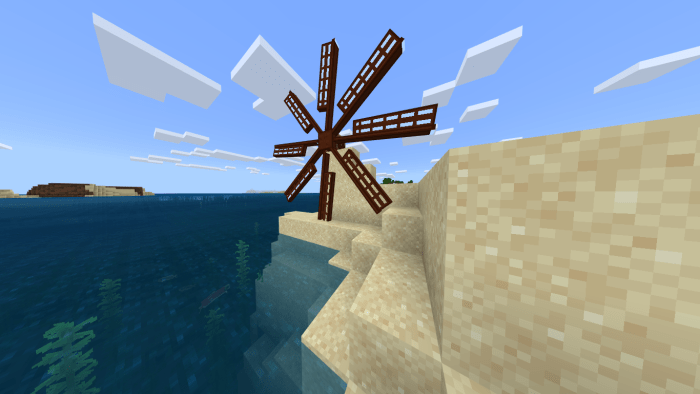 The crafting recipe for the windmill is made like this (Picture Below)! 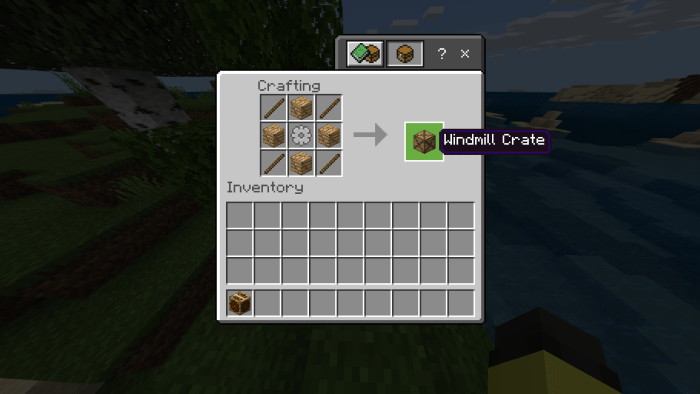 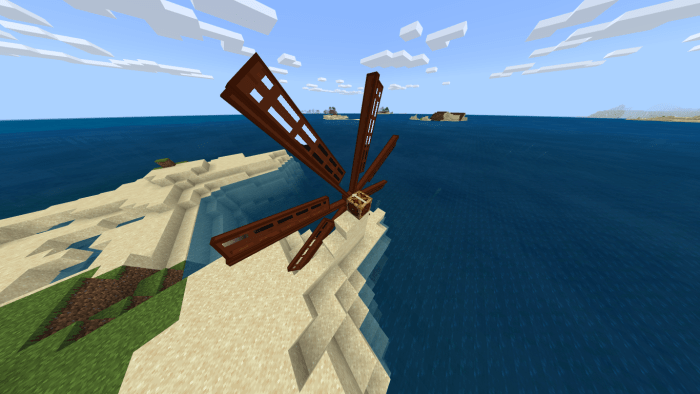 Also if you right-click the windmill with one paper in your hand you can upgrade the windmill. The upgraded windmill spins faster and in the future will make more power! 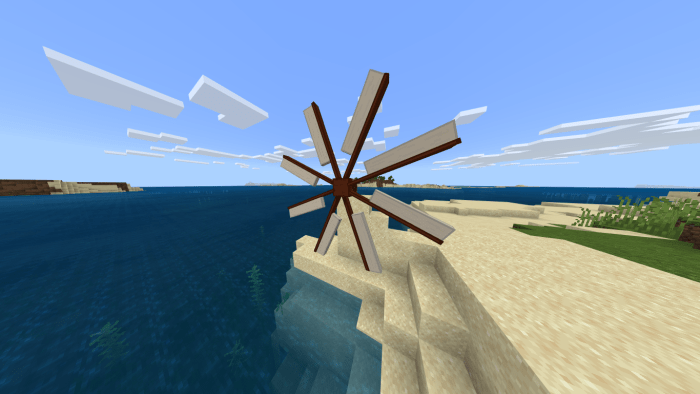 The gear block is the block that the windmill can be attached to. It can be crafted like this! 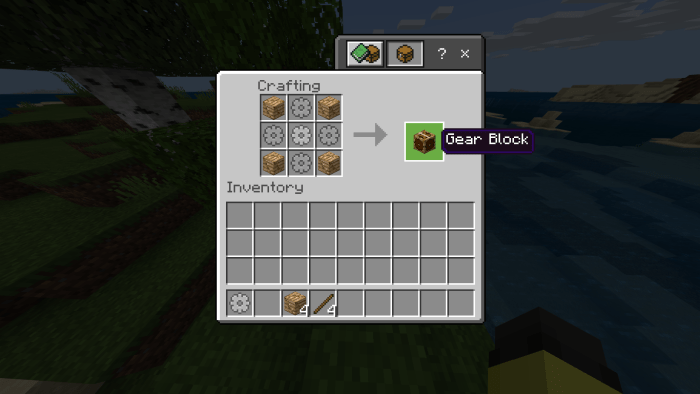 Also, You can see that is the windmill and the gear block there is a special wood used. That is a new block, its called the hardened wood. It is made like this.

Nothing | Iron Ingot | Nothing

Nothing | Iron Ingot | Nothing

That’s it for now. I hope you enjoy the addon.

If you want to get some items in the addon do .function tec_addon!

You cant use the code in this addon.

You cannot take credit for this addon.

You cant repost this addon and say it’s yours.

You Can make a youtube Video about the addon but you have to credit me.

- Made so that the laser block can be turned

Turn On experimental Gamply for addon to work!

Put the Dat folder in the Minecraft behavior pack file

Put the Res folder in the Minecraft resource pack file

open your world and put the addon there

Click on one of them and it should open Minecraft

Put the addon inside the world you want.