This is an add-on which implements 18 brand-new mobs to the game. The mobs include everything from sea creatures such as the anglerfish and swordfish to pets which live on land such as the skeleton cat, the snail and the pigeon. It’s a great addition to the game if you want to make aquariums with cool-looking fish or get awesome pets like a penguin that hunts fish for you or a skeleton cat that brings you items from the nether. 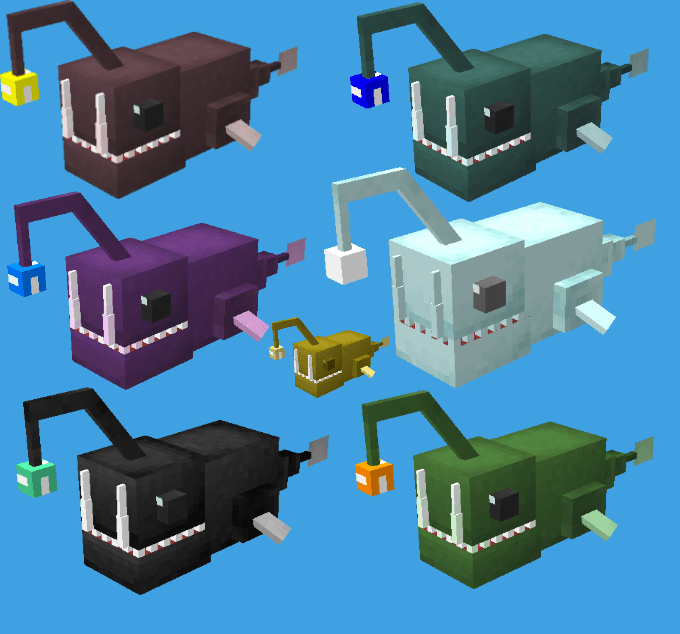 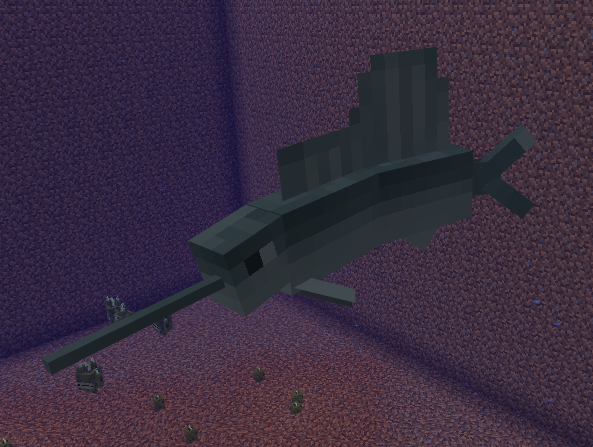 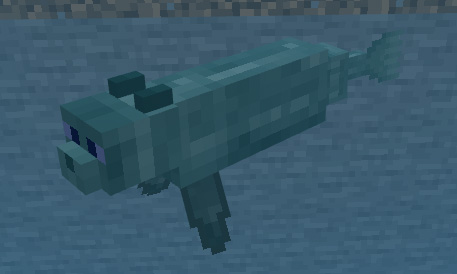 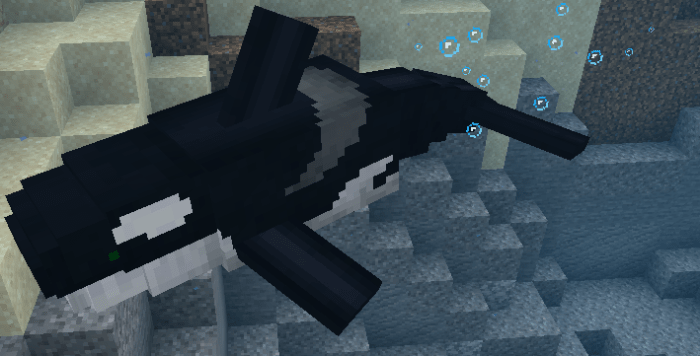 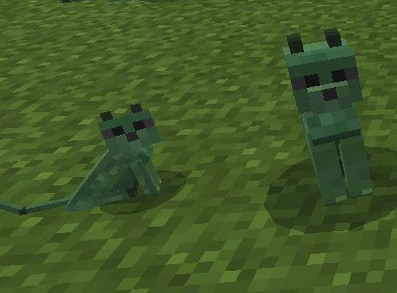 Similar as the Zombie Cat but it’s tameable with Netherwart and brings you random Nether items when you wake up. It’s also neutral to players but sometimes an aggressive skeleton cat spawns in its place which attacks players and normal cats. Dyeable. billey:skeleton_cat 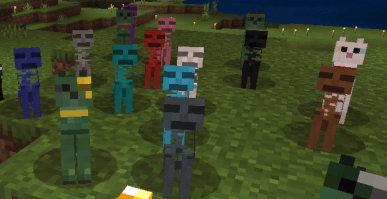 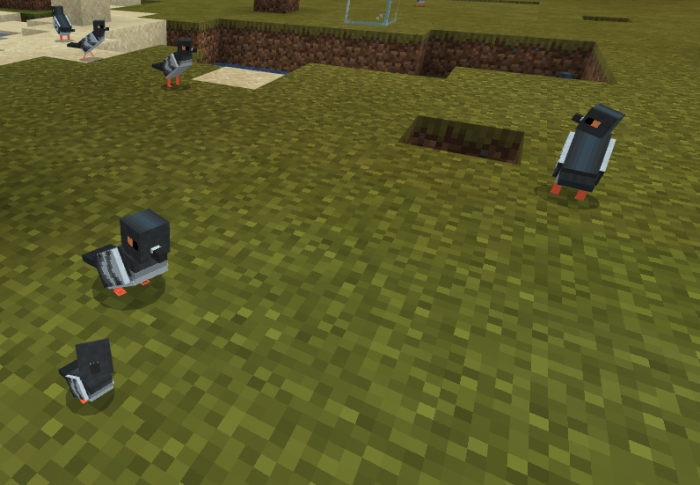 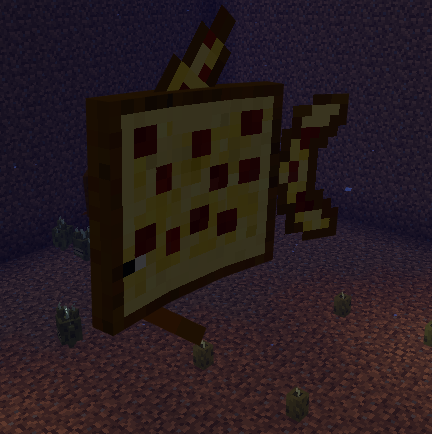 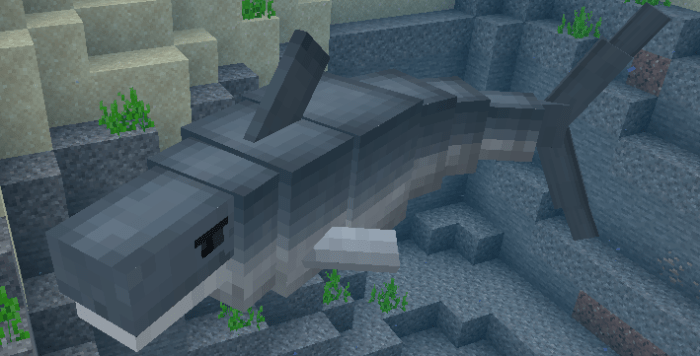 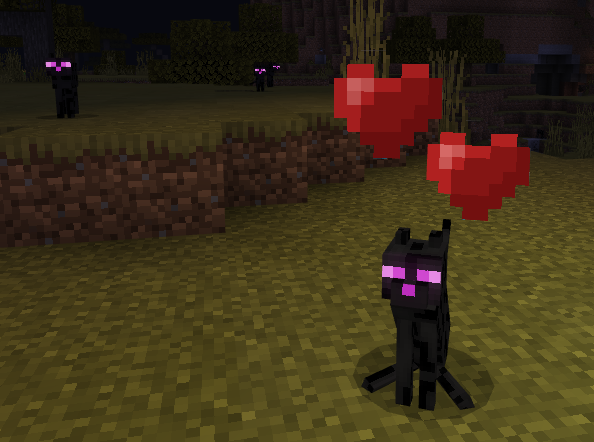 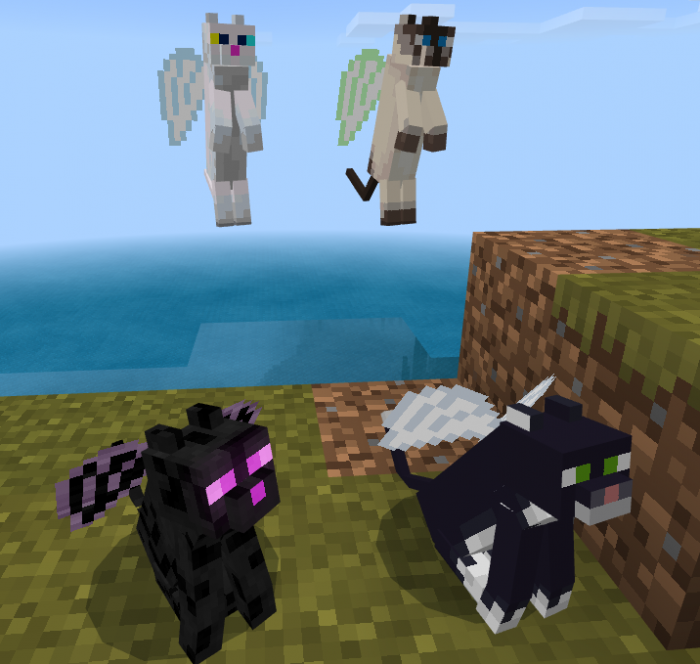 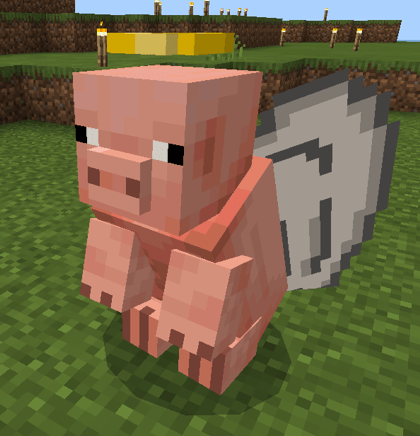 Same behavior with zombie cats, but they have variants and the only way of getting one is using a sad potion on a cat or a skeleton cat. billey:zombified_cat 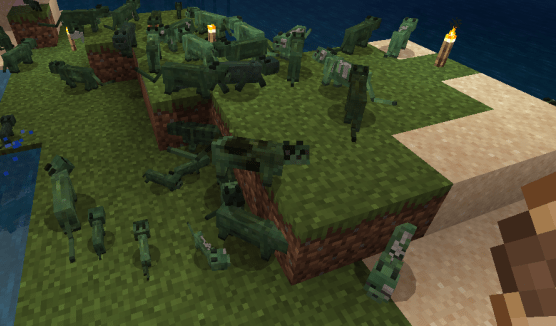 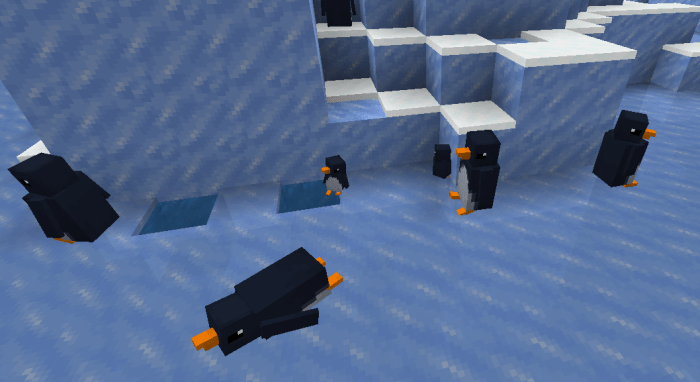 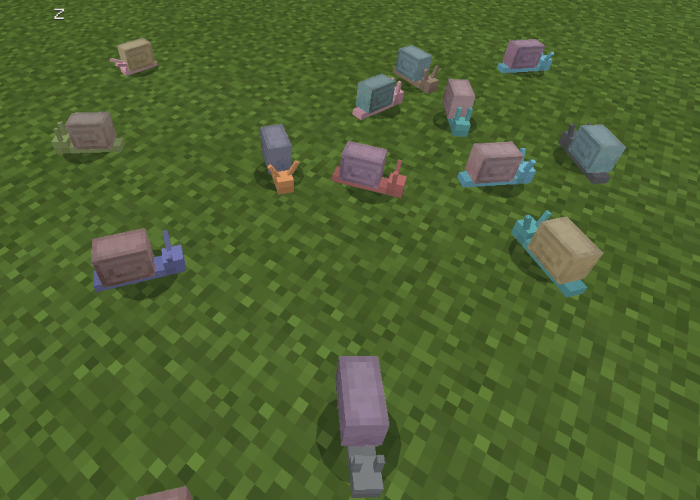 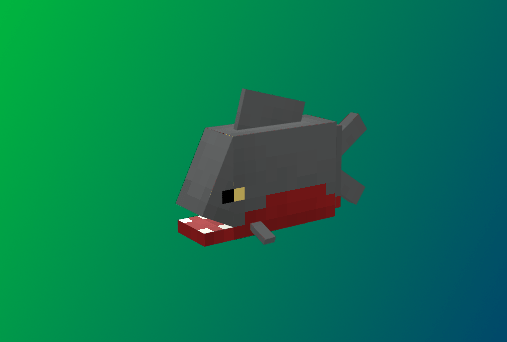 Recipe on the end of this page, deals 13 hearts damage to fish, orcas, picklepets and penguins. billey:swordfish

Recipes on the end of this page

Changes to the existing cat mob

If you want an aquarium with multiple types of fish and don’t want them to eat each other then tame them .Most of the fish from this add-on are tamed using pieces of pizza which are dropped by pizzafish, with the exception of pizzafish which require rotten flesh and vanilla fish which require seeds or carrots. 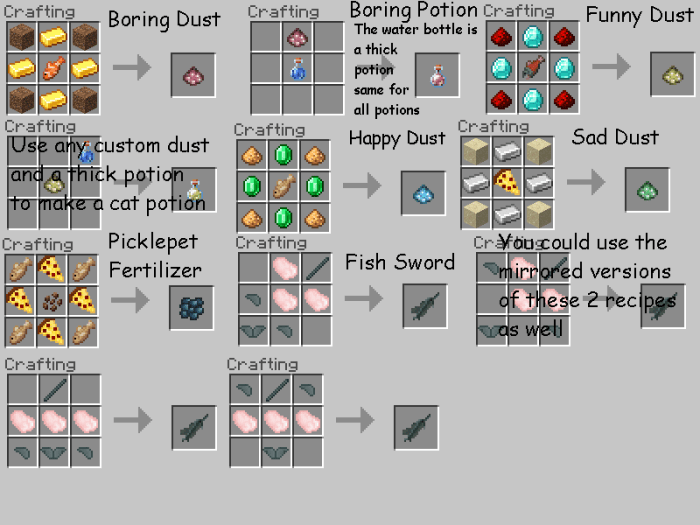 (the green arrow is not part of the recipe)

I plan to add the following mobs: