Are you a PvP/PvE Minecraft Player? If yes, then this resource pack is for you. This is a tweaked vanilla resource pack, with help from famous Minecraft artists.

The textures of this pack are suited to players who play PvP, PvE, etc.

This is a resource pack for PvP, you’re probably thinking that this is just a mere pack, but after trying it, maybe this will be one of the best packs you have ever tried (or not).

Try it yourself and tell me the things that I should change.

These screenshots will show how the textures look in-game:

Join the Anti-AdFly revolution! AdFly is an advertisement platform with add that contain viruses and malware.

If you join me with the rebellion, use this image in your pack description or where ever you want.

Distribute as much as possible. Put this image in your pack, world, datapack, etc description.

You can find the image HERE

Help to support my Resource Packs:

This resource pack was only possible thanks to the contribution of all content creators who have supported: 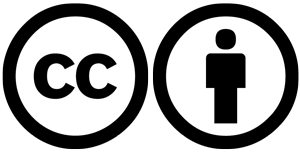 DsPvP Resource Pack by DsPvP Team is licensed under CC BY 4.0. To view a copy of this license, visit https://creativecommons.org/licenses/by/4.0

KNOWING ISSUES: Zombified Piglins will show as the old Pigmens

Added some textures from Default + by Stridey:

Added some textures from Vanilla Tweaks by Xisumavoid:

Added some textures from Default + by Stridey:

Added some textures from Vanilla Tweaks by Xisumavoid: