Bring your children to entertain with the animatronics! Lefty, Spring Bonnie, Bonnie, Chica and Foxy! (Just don't let the kids get close). Here we have two areas for shows! stage 1 for Bonnie and Chica and Stage 2 for Lefty and SpringBonnie. Stage 2 was found on a secret wall behind Parts and services. She was the former owner of Freddy's Fazbear Pizza, Fazbear Entertainment who made Fazbear's Fright, the former establishment that caught fire for unknown reasons. But, we reformed it, left a more sinister and more fun look for the kids! So Bring your kids for fun at Lefty's Band Show! 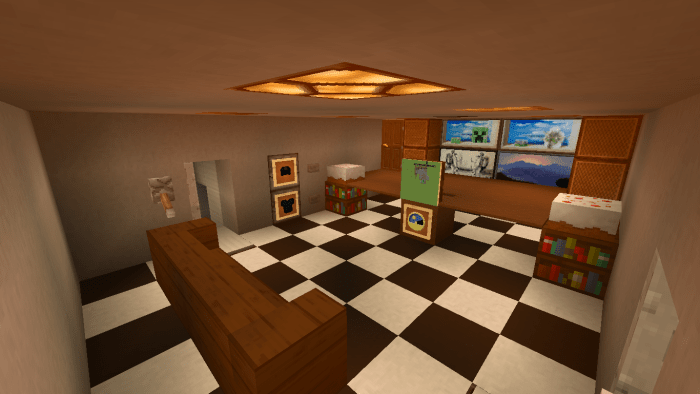 Metheo Entertainment Is looking for two Night Guards to work on camera service from 12:00 to 06:00. Your turn is 5 Nights for the last night earning 100 Dollars. Each day you will earn $ 20 for the Last $ 100 total. Be warned that Matheo Entertainment is not responsible for anything that happens on your Shift.

> Can only contain 2 Night Guard.

> Leave "Names of Players in the Game" Off.

Check out the Original games we have based on:

How do I install it?

> You will be taken to the Google Drive website.

>The file will start downloading, after that, press on the downloaded file and you're done! Well Done!

January 18, 2020 at 4:27 pm
We have already tried to download from MediaFire but for some reason there is some kind of error.

January 18, 2020 at 5:41 pm
Okay, while trying to download the Dropbox, I managed to fix the link problem on MediaFire.

December 07, 2019 at 7:18 am
Sorry but no. Animatronics don't move because this map is a "Roleplayer" where you can be some animatronic. Maybe I will change that in the future. For now, try downloading the "Animatronics Universe" addon here:

Sorry if the map was not what you would like. We will try to improve over time. Thanks for playing!