Project Prehistoric a Minecraft Bedrock Add-on that allows the player to revive dead dinosaurs by going underground and digging up fossils and collecting dna and genes then the player can ride the extinct animals and tame them and interact with them! 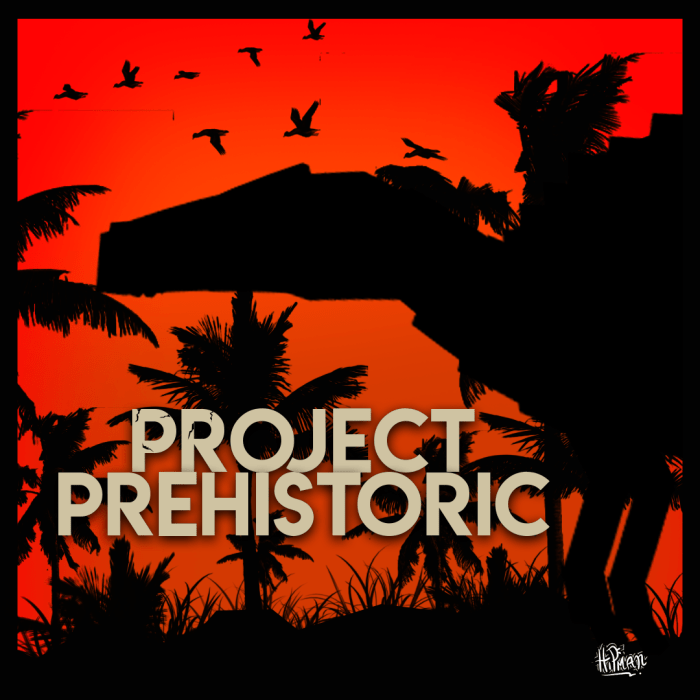 A Add-on that allows you to revive dead dinosaurs and other Prehistoric Creatures
What's new in 1.1.0:
New ore spawning system
New and updated dinosaurs
New recipes for blocks and items
New ways to tame dinosaurs
Ride the animals

General Features:
-all dinosaur spawn eggs spawn dinosaurs as baby dinos so the player can tame
-Each dinosaur takes different foods to tame and be feed for example: baryonyx and Spinosaurus take fish to tame and to be feed compared to the tyrannosaurus which takes beef tame and other meats to be feed
-Most dinosaurs can be ridden leashed and can sit/stay once tamed
-if a dinosaur is left untamed it will eventually grow to be a adult and wild so it will attack or defend tamed dinosaurs
- fossil ores spawn randomly underground in different groups and randomly drops fossils or none at all
-metal, copper, titanium and limestone spawn randomly in the world as limestone spawns the most in the world and can be used in the stonegrinder to make bricks and smooth limestone, and metal and titanium can smelted to get their ingots as copper once mined drops its ingot

Stonecutter:
1 Limestone = 1 brick or 1 Smooth Limestone
Join my discord for events for the add-on that can only be downloaded from there:
http://discord.gg/xGsjaZX
There are a few bugs in this update that I'm aware of like animations issues and a few others that will be fixed next few updates
Follow my twitter @HipmanDesignz or join our discord for future updates, events and info on the addon!
Please use the original link if used in other sites and social media!! Including youtube!!

July 11, 2020 at 4:50 pm
Guys calm down the developer said after the update that makes it compatible with 1.16, the developer will update the MCPEDL page with the newest download which should fix most addon problems
Log in to Reply

June 12, 2020 at 9:44 pm
Hey Your Addon Is Great But I Want More Dinos And Add Shotgun and Sniper To Kill Dinos And I Want Dinos Eggs animation like Turtle Egg pls! Update it!?!
Log in to Reply

May 22, 2020 at 10:40 am
This is a pretty good addon to ad to Minecraft but I do not have all the dinos I only have a few of the dinos and when I try to make a dino egg in survival it never works. So can u update this pls.
Log in to Reply

LOOKS LIKE DEAD . THE ADDON NEVER WILL BE UPDATE! end is here :|