Villagers can be strengthened by giving them some weapons. The list of acceptable weapons is as follows: 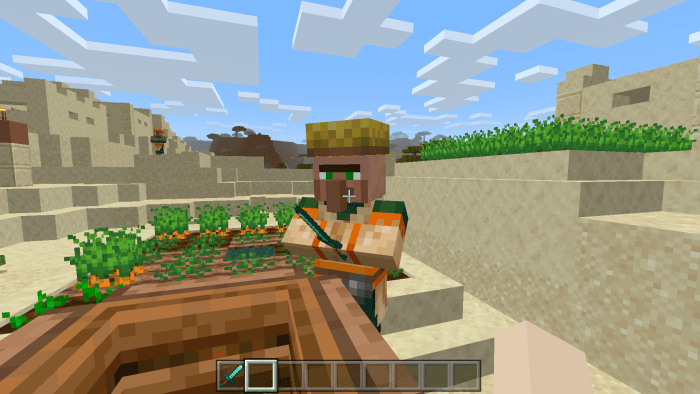 You can also strengthen Wandering Traders in the same way as Villagers. 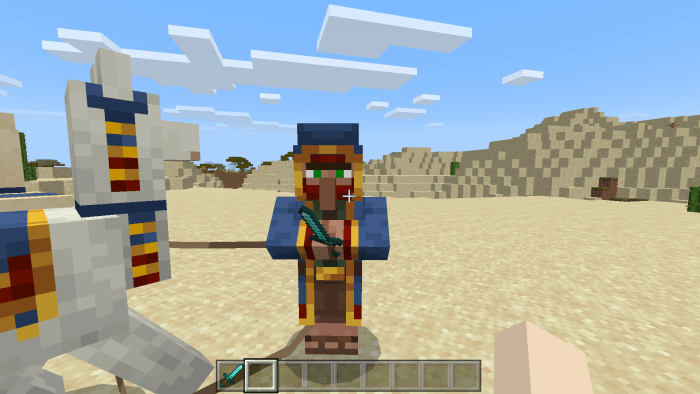 You cannot strengthen Baby Villagers until they grow up.

After they are strengthened, they will no longer escaping from Zombies and Illagers, but will attack them instead. 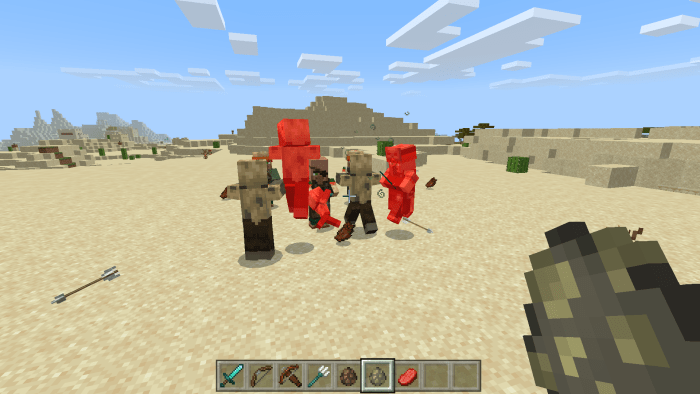 They will also attack other monsters, except for Piglins and Hoglins. 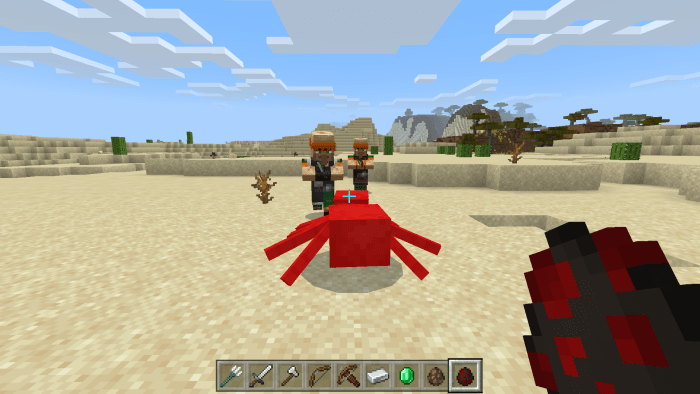 If Creepers are about to explode, they will run away very quickly to prevent the explosion. 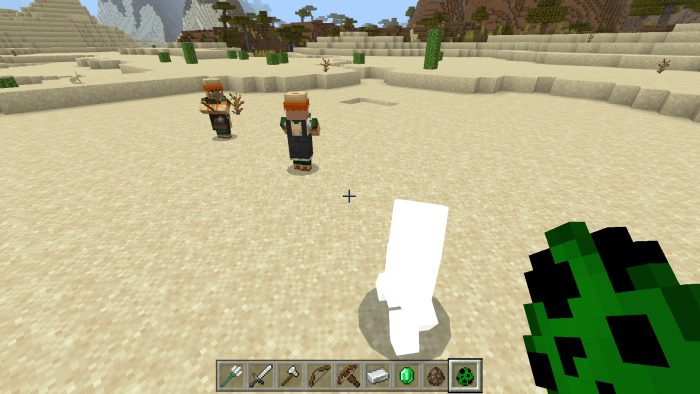 If a raid happens, they will not hide in the house, but will fight instead. 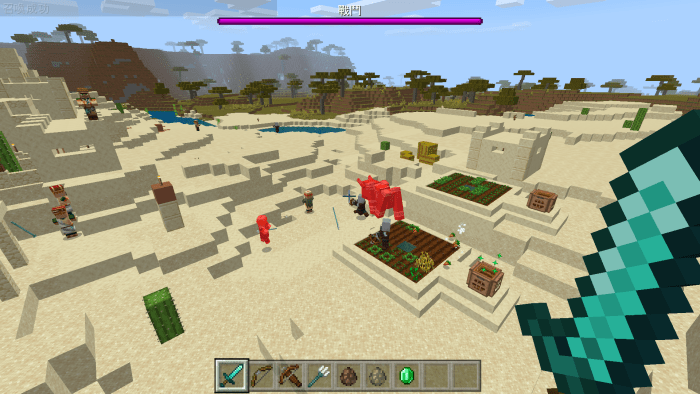 Please note that strengthened Villagers and strengthened Wandering Traders are neutral mobs. This means that if you hurt them, they will attack you.

If they are injured, you can heal them by feeding. The list of acceptable foods is as follows:

If they are not strengthened, you can also heal them in the same way. 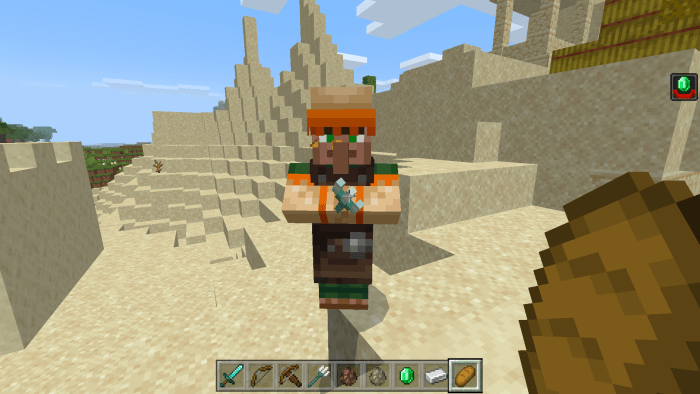 If they are killed, they will drop their damaged weapons. 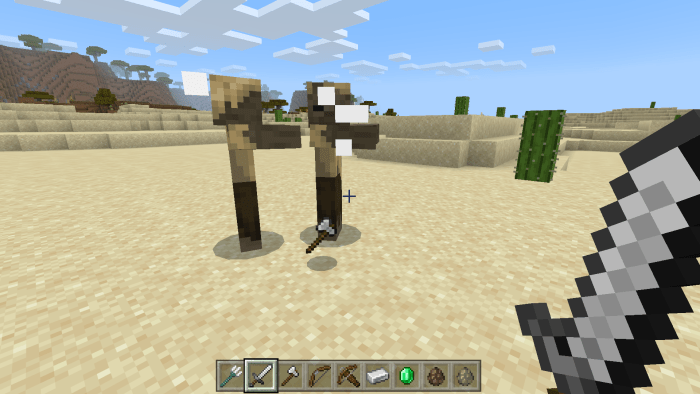 You can also heal Iron Golems by giving them iron ingots, like Minecraft: Java Edition 1.15 and above. An iron ingot can heal them 25 health points. 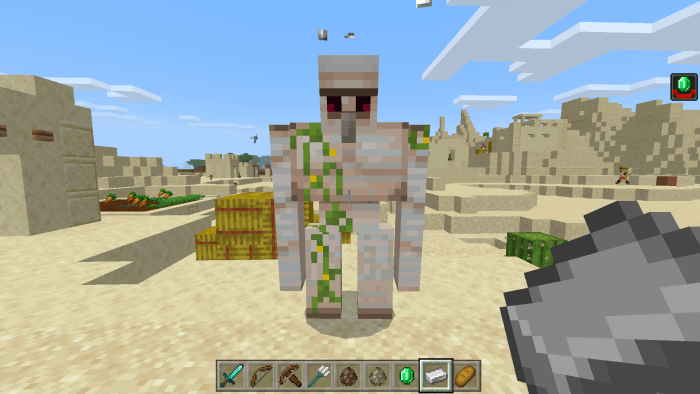 Due to some technical limitations, you need to know these:

The gameplay has not changed. This update only fixes issues related to Addon's introduction and the inability to import files.

Note: If you want to strengthen them by giving them Netherite weapons, you must play with version 1.16 or above.