Survival+ is an upgrade to vanilla Minecraft, that uses only command blocks to give you an upgraded, yet completely mod free survival experience. No more worrying about incompatibilities or bugs! 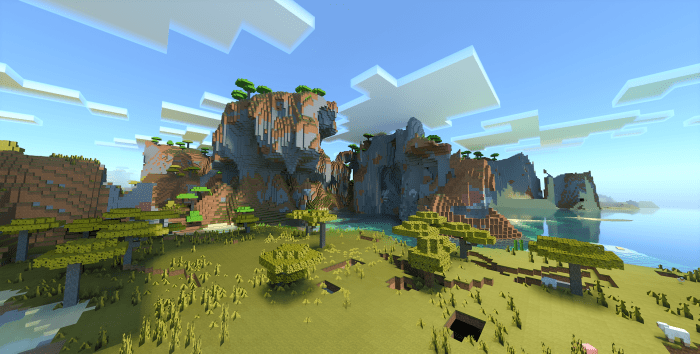 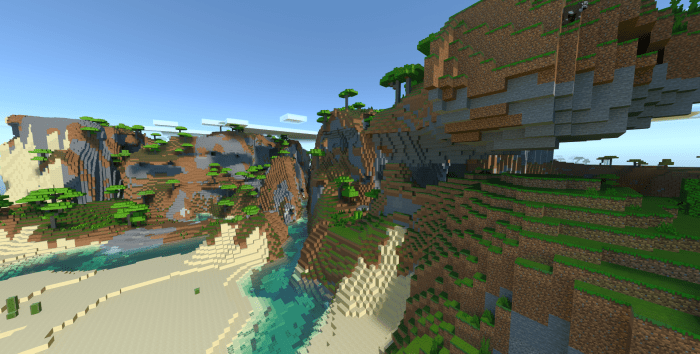 Zombies are faster and stronger, spiders can trap you in cobwebs and inflict you with poison, blazes can turn invisible or freeze you in place, hoglins are more beefy, Elder Guardians may take Water Breathing away from you, and many more changes were made to a majority of hostile mobs to make them stronger and more dangerous.

However loot tables for many mobs were upgraded as well. In addition to their regular loot, Endermen may drop a Dragon’s Breath rarely, or phantoms may drop bottles of experience. Squids can drop slimeballs and cows may drop more leather than normal. Magma Cubes could even drop Iron Ingots occasionally now. 8 different mobs in total can drop extra loot now! In addition, a few mobs may be holding items now, such as the extremely rare chance of a Wither Skeleton to be holding a Netherite Sword!

Daytime raids of mobs can happen now as well. On a rare basis, a raid of strong, hostile mobs will spawn around you, but only during the day time! These can range from Zoglins, to Pillagers, to Ravagers, to up to 10 different kinds of unique raids! Watch out, as Zoglins create fire everywhere they go, and Ravagers can bust through weaker / cheaper blocks like wooden planks, glass, dirt, and cobblestone!

However, the player can now get several more perks as well. Obtaining a full set of gold armor (and preferably wearing it, though just having it in your inventory will work) will give you the Haste effect as long as you have it on you. The same can be said about Leather armor. A full set will give you the Speed effect.

There’s now also a new reason to fight and kill the Wither, as having a Nether Star in your inventory will grant you with Speed, Jump Boost, and Haste!

Diamond ore underground has been replaced with Gilded Blackstone. This is to make Diamonds more rare and encourage exploration, as they can still be found in Villages, Temples, Nether Structures, and anywhere else they can normally be found. However, mining is still a valid and important way you can obtain diamonds, thanks to one of the new bartering systems. Bring a block of Gilded Blackstone to any villager, drop it in front of them, and they will give you back either a Diamond, and Emerald, or several bottles of xp. So diamonds still can be obtained through Gilded Blackstone, but because it’s by chance, exploration is still a valid way to obtain them, as well as mining. Additionally, if you drop a Block of Emerald in front of a villager, they will give you back a diamond, with a 100% chance.

Another way to obtain Diamonds and many more treasures is through a new bartering system with the Wandering Trader. Drop a block of gold in front of the Wandering Trader and he will give you back enchanted armor, tools, books, or other rare treasures. There’s even the rare chance of a book of Mending or a Shulker Shell!

There’s also new ways to earn xp as well. Staying up through the night instead of sleeping will earn you 100 xp per night! You can also drop a block of honey in front of a bee to earn 150 xp. And though you won’t be able to keep them now, Totems of Undying will give you a huge 220 xp for picking it up.

Lastly, a few overworld changes have been made as well. The closest Woodland Mansion to spawn has been fitted with extra traps and treasures, and ALL Ocean Monuments now have the chance of Blocks of Emerald spawning in the place of the normal Blocks of Gold. 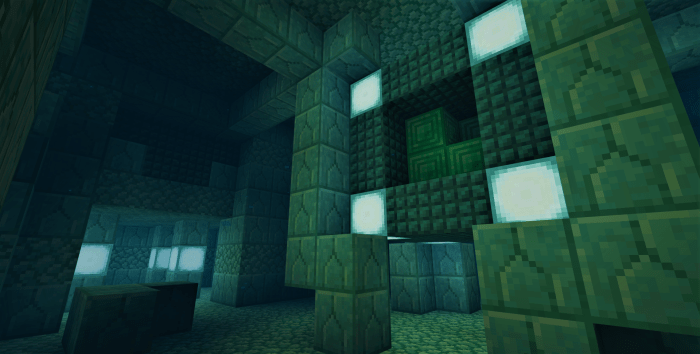 The download for the world is just a direct download here on the site. No adfly or Mediafire needed. Also, there's a Google Docs that gives a full changelog HERE

4
Plasma7007 January 14, 2021 at 5:22 pm
Im planning on making it an addon soon. This is my first time ever messing around with addons or coding at all, so its a slow process for me and easier to make command blocks which I am much more familiar with. However, I think I'll be able to hybrid it, and let the user import the command block area into their world with a function
🧡
Report Comment
Login Sign Up Submission