There are a few mobs in the Java Edition of Minecraft that are unused, but can be summoned with commands and most of them behave quite uniquely. But what if some of these mobs also made their way to the Bedrock Edition? This addon does just that!

This addon will be introducing 3 unused mobs from the Java Edition: the Killer Bunny, the Illusioner and the Giant! They all have their own unique AIs and will behave somewhat similar to what you see on Java. Enjoy it! 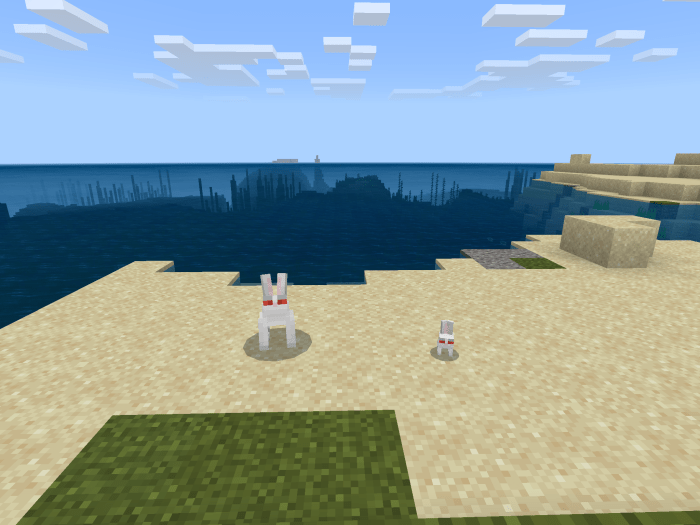 The first one we will be looking at is the Killer Bunny. In case you don’t know, it is a reference to the Killer Rabbit of Caerbannog from the film Monty Python and the Holy Grail, which already makes it an interesting mob! But don’t let the fact that it’s a rabbit fool you, as it is very hostile and will attack you! It has two methods of attack, it will either perform short but rapid hops towards you or will occasionally charge towards you very fast. It has 20 health points, deals 8 damage per attack and sometimes will not take knockback when you attack it, making this a fairly challenging foe! It also attacks wolves and foxes without being scared by them, don’t let your dogs near one as it will easily take them out! You might find Killer Bunnies spawning in Jungle biomes. 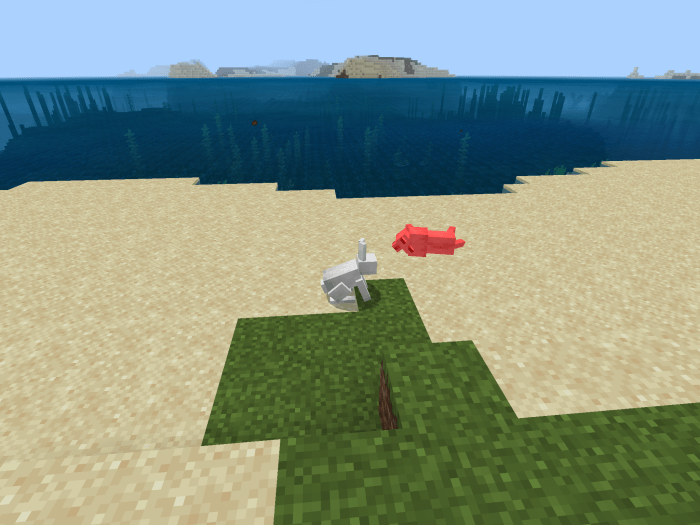 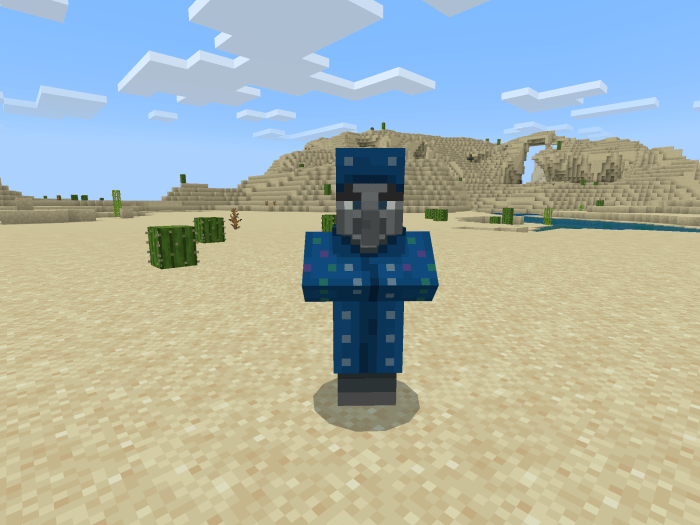 The next mob we will look at is the Illusioner! Being a member of the Illager army, it is aggressive towards both you and villagers. This Illager is incredibly fast, teleports around and will attack both you and villagers by firing bursts of arrows, so it’s quite tough! It has 32 health points, and might drop arrows if defeated. The Illusioner will not spawn naturally in the world, but it might make for a fine addition for creative maps! 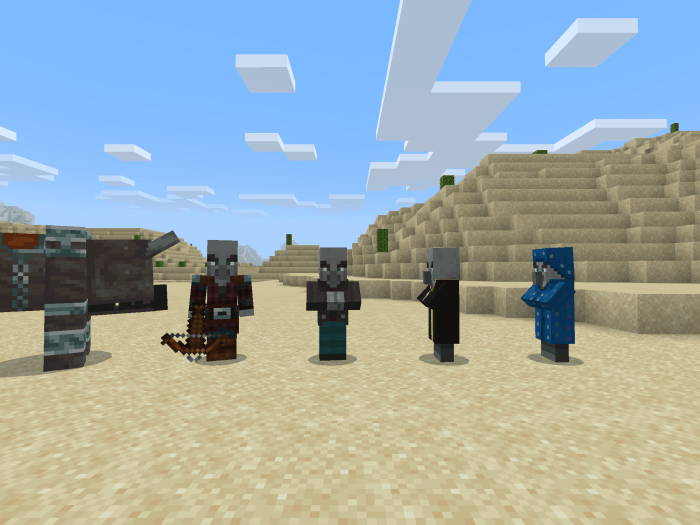 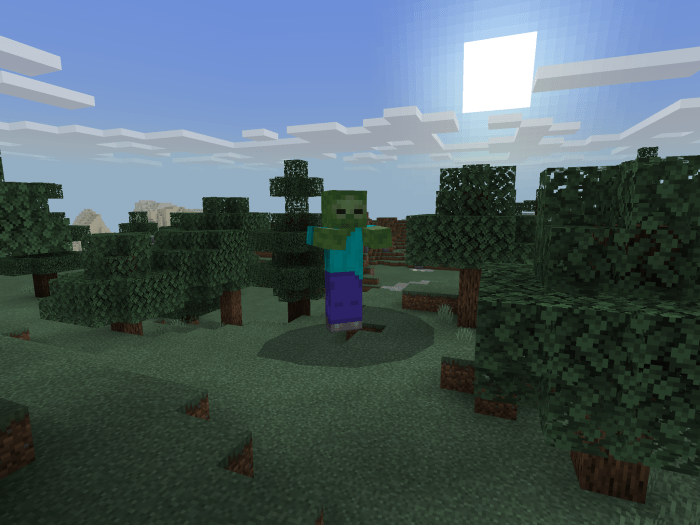 The final mob added by this addon is the Giant. It is… well… a giant zombie. Nothing too interesting, isn’t it? While it may not be that much of a unique and interesting concept, it makes up for that in strength! The Giant will attack you and villagers in the same fashion as a regular zombie, but has an incredible attack range and deals insane amounts of damage! The Giant will one shot you if you don’t have at least iron armor, and is able to kill iron golems in only three hits so you might want really good gear if you try to fight it. Even if you have Netherite gear, it can make short work of you, I recommend a ranged weapon against it. It has 100 health points, and deals 40 damage per attack. Luckily it won’t spawn naturally in the world, however it might not be like that forever…

*Illusioner’s speed has been tweaked, it now matches that of the Evoker and how it is on Java

*The Killer Bunny no longer spawns in Dark Forest biomes