After using PatarHD’s 70k PvP pack for a bit, I was inspired to make my own pack!

This pack is meant to look basic to help with PVP and is black to look cool. Ores are outlined, swords are tiny, but sharp, and sober of the blocks are black (good for night owls who are in a stronghold)

I must admit, I don’t even remember how long ago I started this project, but it looks great in the end in my opinion.

In this pack, you will see a lot of simplicity and dark sprites. Since basic textures make the game have less of a strain, there will be better PvP performance on your device. Hope you enjoy it!

Complete redesign of the dungeons 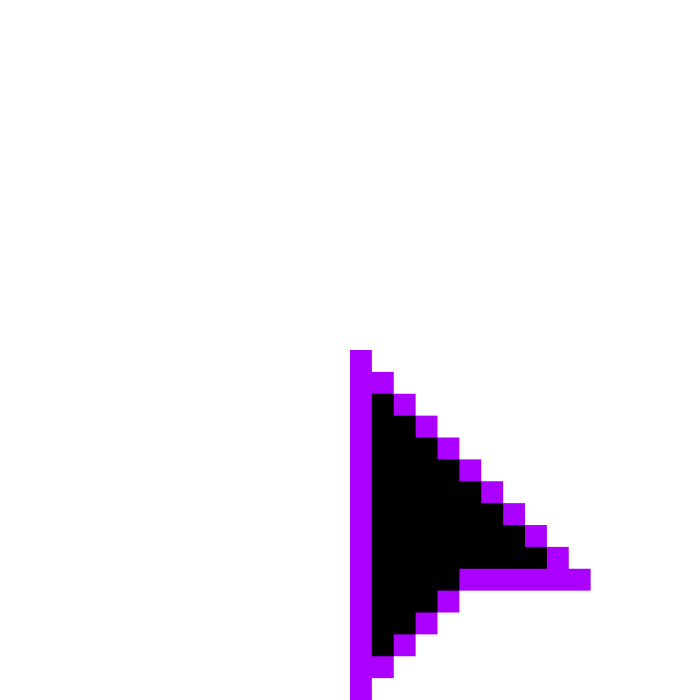 What you can do

>If you end up doing this, you MUST give me credit for this pack

> Use this pack for yourself

What you can NOT do

> Take credit for this pack as your own

> Distribute this pack to other sites without permission

> There is now an FAQ for any questions that you may have. We got you!

> Optifine grass has been added

> Classic font has been added

> Hotbar now stands out and is now easily seen

We have a MASSIVE change for the pack and the running, as we will have a mascot. You will see who he is. (-Pup)

HEY! We can take any feedback that you have at https://rebrand.ly/BlackOutReq

Finally! The big update you have been waiting for is now here!

> Added some more Splash Texts (How do you get them to work though?)

>>Most buttons and icons are now simple and hexagonal

>>Up down left and right are now W A S and D, Jump is a space bar icon, Fly up is the space bar icon being held, sneak has been changed to the shift icon (as seen on phones)

> New successful_hit sound (How do you get it to work though?)

> PureBDCraft alt font didn't have an Enchanting Table font before. It does now!

> We have FINALLY addressed the untextured grass sides bug!

HEY! Did you know that we are hiring for more helpers and testers? Find the application here:

> Font names have been tweaked

> Chest texture has been added

> Font names have been tweaked

> Chest texture has been added!

Finally! The update you have been waiting for!!!

>>The hotbar now has easy to see numbers

>>The "absorption" hearts have been updated

>>Title Image has been changed

>>Death titles are different and the names are highlighted

>>Concrete powder now has a texture

>>Records now have a pixel art to go with the name

> Fixed Potion "Clock" Particles (I know they were busted in 2.1)

Plans to change the sun and moon are inbound

> Ore, wool, concrete, and glazed Terracotta have had a noticable redesign

> Beta versions are wiped off of the board

> Beta versions are wiped off of the board