Ahh yes! A beautiful tropical island surrounded by crystal blue water. A place where you can relax and take in the sights. Maybe take a swim on the beach or watch the sunset. Nothing can go wrong! Except everyone on the island has turned into mindless zombies that are trying to ruin your vacation. Help? Nope. No help is on the way because the people in charge can't let anyone know about this. Here, you are on your own. Discover how this tropical paradise has turned into an undead nightmare or die trying....

I IN NO WAY MAKE ANY MONEY/PROFIT FROM THIS PROJECT. THIS IS JUST A PASSION PROJECT/SIDE PROJECT THAT I WANTED TO MAKE FROM THE GAME FRANCHISE THAT I LOVE SO MUCH (Call Of Duty)

ALL CREDIT GOES TO Activision FOR SOUNDS

For my fifth creation I decided to create another non- existent zombies map. Paradise of the Dead (POTD) is a map that I made up from my own imagination for fun. Those that have played any of my previous maps should feel right at home as this map uses similar systems and features, but with some improvements/upgrades.

This tropical island's dark past is now being unearthed... literally. The island's natives have been using Element 115 since ancient times for their burial rituals and now, thanks to unusual volcanic activity on the island, the 115 is resurfacing from the ground and exposing people to this element, turning them into undead monsters. Paradise of the Dead takes place in the year 2025 during a violent volcanic eruption in the French-Polynesian Island chains, but with a Call of Duty Zombies twist. As a result, A lot of the weapon names, gameplay features, and aesthetics are taken from COD: Black Ops 2. This is a completely custom/made up zombies map similar to what you would see in World at War or Black ops 3. It includes buyable areas, buyable wall weapons and equipment, a working and movable “Mystery Box”, a working power system, buyable perks, fun ways of traveling across the map, a mini boss zombie, Pack a Punch, a “revive/respawn” system, a lobby spawn room to ready up before the start of a game, and a few small Easter Eggs. Play alone or with friends to combat the undead.

LOBBY ROOM: The Lobby Room is the first room you spawn in when joining/ opening the world and the central hub for the whole map. There, you can: set how many players will play (from 1-4), check out the map credits, check out how to report bugs/feedback, turn on music while you wait for friends to join, teleport to the tutorial room, and load up the map so you can play by going into the “ready up” pod with the correct number of players.

TUTORIAL ROOM: Whether you haven’t played any of my maps, are new to zombies, or just want to know how this map works, the tutorial room is the best place to get the basic rundown of how everything works. To get to it, press the button on the GOLD BLOCK in the Lobby Room. If you want to get back to the Lobby Room, press the button on the DIAMOND BLOCK once you’re ready. I HIGHLY RECOMMEND EVERYONE GO TO THIS ROOM BEFORE YOU PLAY!

SOLO QUICK REVIVE: Since this map takes place during the events of COD: Black Ops 2, it is only logical that I add a solo version of Quick Revive. This version is only available while playing solo (obviously) and is automatically turned off as soon as someone else joins the game. When purchased you will be given a "Quick Revive Bottle Cap" which you MUST keep in your inventory. If you die, you will spawn in a room that will give you the option to use your "Quick Revive Bottle Cap" in exchange for letting you spawn back into the map. You can only buy 3 bottle caps per game and only have 1 bottle cap in your inventory at a time! (Before anyone asks: no, I will not be adding solo quick revive to my previous four maps since they take place during the World at War time period when it didn't exist.)

VOLCAN Z (BOSS ZOMBIE): This map features a unique zombie variant that can spawn periodically after the power has been turned on. It is slower than most zombies, but has a lot more health than other zombies. Its health is determined by how many players are in the game (the more players, the more health it has). When you kill it, a "Molten 115 Shard" will drop which is necessary if you want to access Pack a Punch. For more info on the Volcan Z, please visit the Tutorial Room.

MAP LORE/STORY: This map has a story to tell. While you don't need to know the story to just play the map, if you do want to know about the story of the map, look for books scattered throughout the map in chests. The books are lengthy so if you want to load up the world in creative to read them, that's ok too. The point of the books is to give the map lore.

FLAME FIZZ (CUSTOM PERK): There is a lot of fire and lava in this map that can slow you down, but with Flame Fizz, you won't have to worry. Flame Fizz is a custom perk that is unique to this map that grants you immunity to fire damage. Use it to access alternate routes and passage ways that would otherwise be impossible to go through. With Flame Fizz, through the fire and the flames you carry on...

It is worth noting that the weapons are just the regular tools/weapons from Minecraft, just renamed like the ones from COD. For Example, the “Colt M1911” is an enchanted pickaxe. 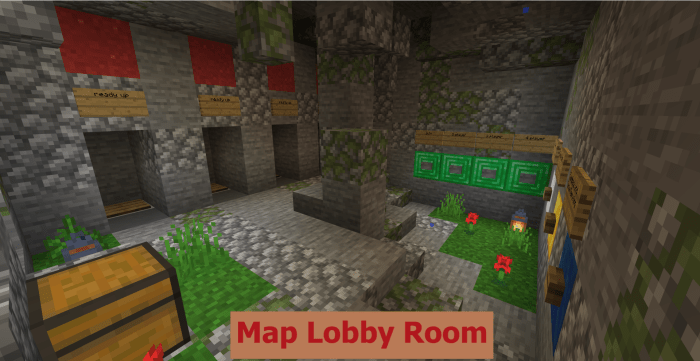 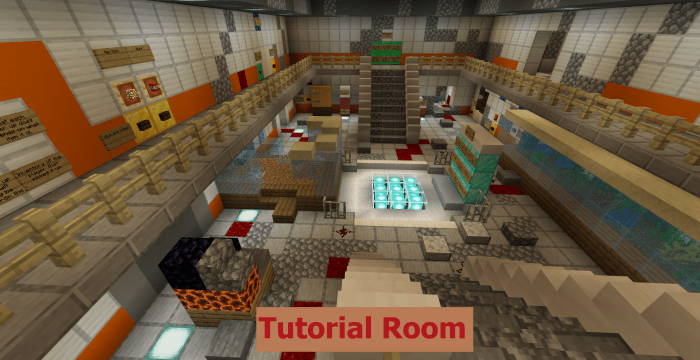 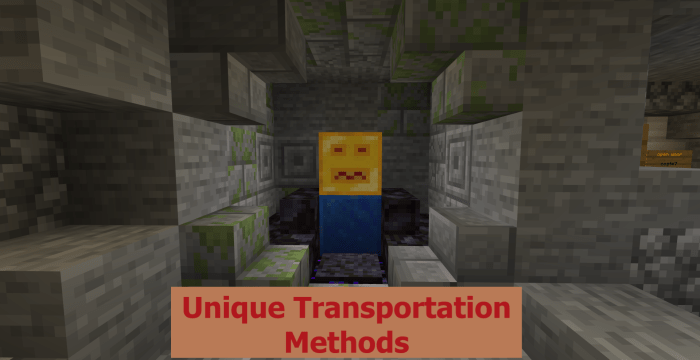 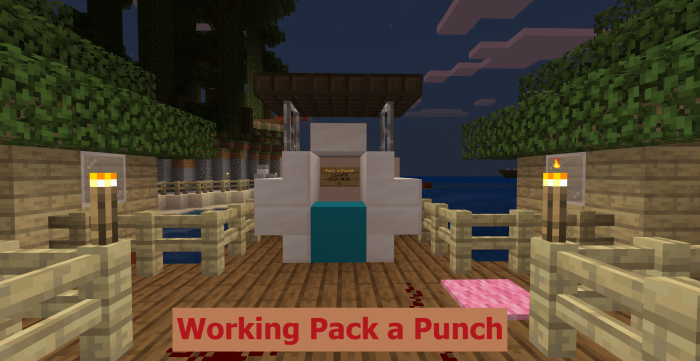 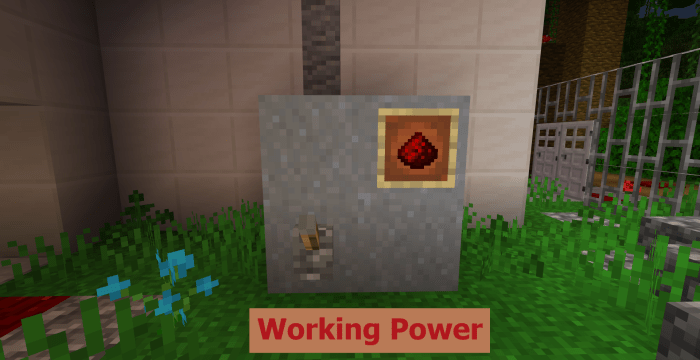 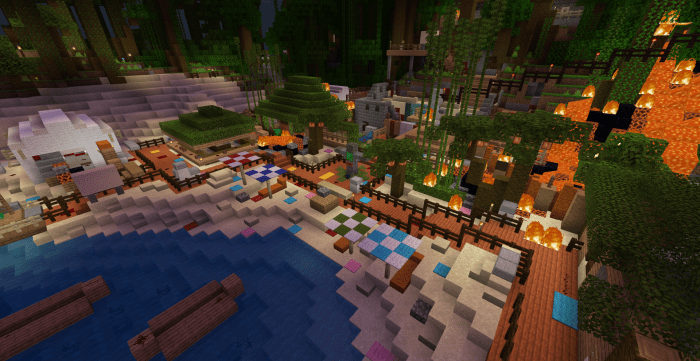 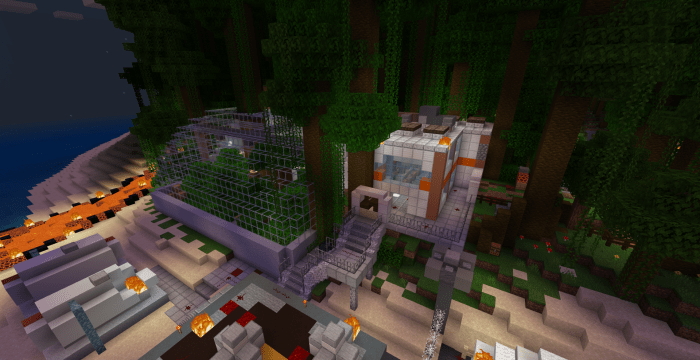 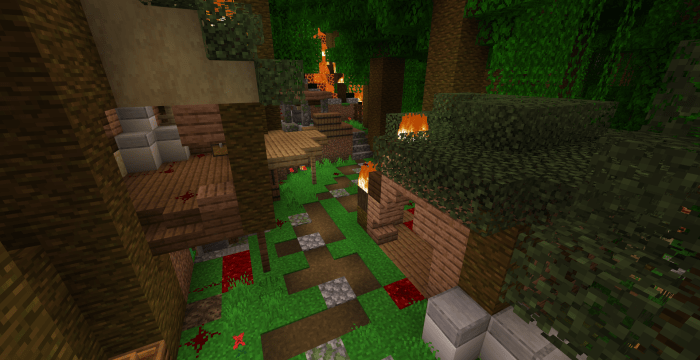 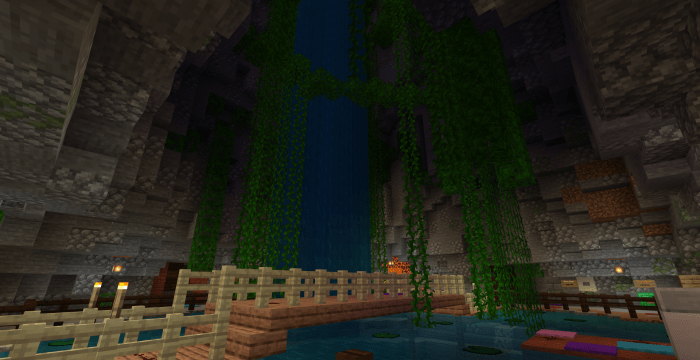 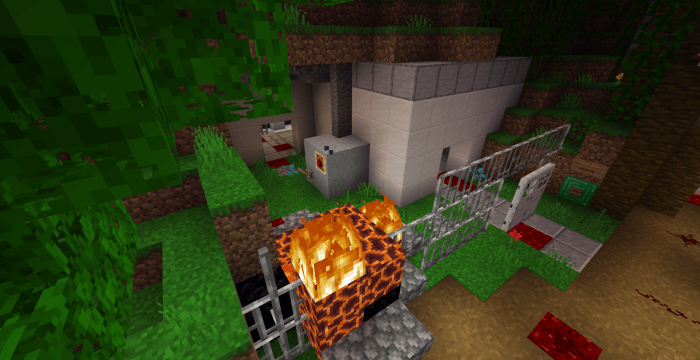 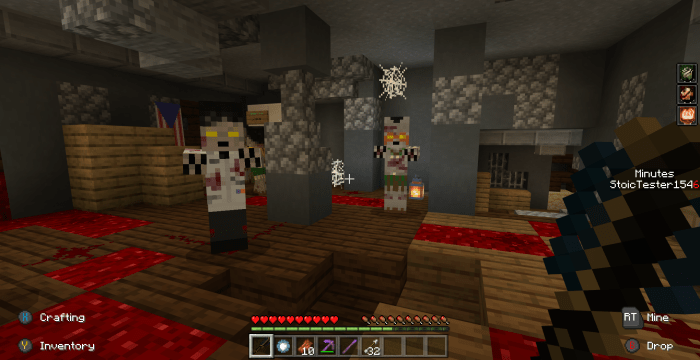 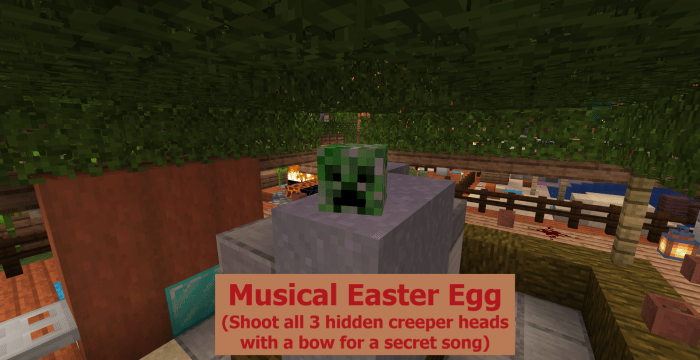 IMPORTANT: if you want to continue to replay the map as it is intended to be played, make a COPY of the ORIGINAL and keep the ORIGINAL. That copy will be the one you will play on, so add the Resource Pack and Behavior Pack to the copy of the world. If you die in the copy of the world and want to play again: Exit out of the world, delete the copy, make a new copy of the original world, and load it up again. You must do this every time you want to play the map as there is no “Exit without Saving” feature in this version of Minecraft.

Sorry for the inconvenience. Next update will be a big one!

If you are new to downloading maps. PLEASE READ-

*NOTICE*: Upon clicking on the green button, a new tab might open. This has nothing to do with the map so, if a new tab does open, simply close it and click on the GREEN download button again if you need to in order to start the download. You then must choose a file location to save the world in.

For ".zip": Once you download the ".zip" file, find it, right click it, and press "Extract all". From there, take the extracted map folder itself (COD Zombies_POTD) and place it inside your "minecraftWorlds" folder. To access you Minecraft worlds for Windows 10 copy and paste this link

For ".mcworld" :simply choose a destination and double click it to automatically begin the import process to your Minecraft.

For the skin, just extract the "POTD Characters Skins" file and import it to through Minecraft.

Directly off of MCPEDL:

April 06, 2021 at 11:26 pm
Attention: I've been made aware that some maps (including this one) have been having crashing issues due to recent Minecraft updates. I'm working on fixes and will have an update out soon. I apologize to everyone for the issues.
Log in to Reply

September 20, 2020 at 6:13 pm
Possible fixes:
-make sure your Minecraft is up to date
-make sure both the behavior pack and resource pack are on the world
-try deleting the world and downloading it again

September 20, 2020 at 6:39 pm
Yeah, I tried those fiixes, but the zombie villagers are still invisible (the fire zombies are still visable tho)
Log in to Reply

September 20, 2020 at 11:36 pm
I've never downloaded it onto Xbox, but here's a possible fix: If you have Minecraft Bedrock on your computer or mobile device, then try to download the .mcworld version. From there you can use realms to transfer the world over to Xbox and see if it works. I don't know if this will work, but if it doesn't then I don't know what else to do.
Log in to Reply

September 19, 2020 at 9:28 pm
Download for .MCWORLD is temporarily disabled. Working on a fix
Log in to Reply