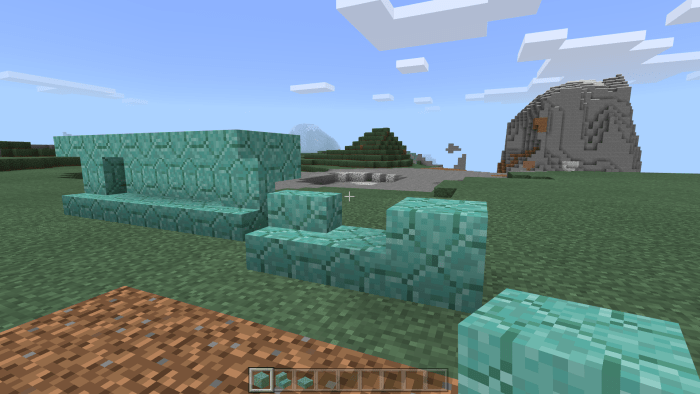 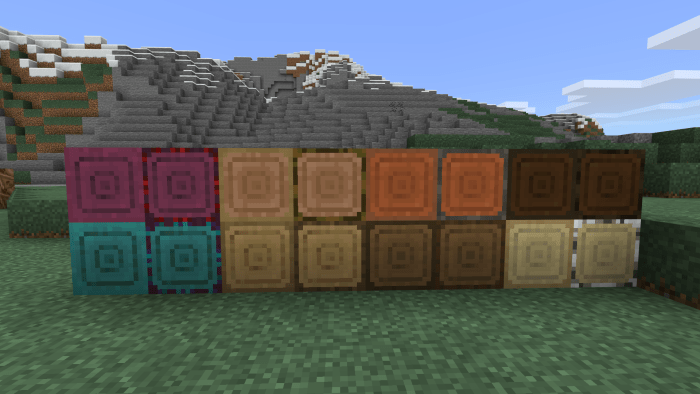 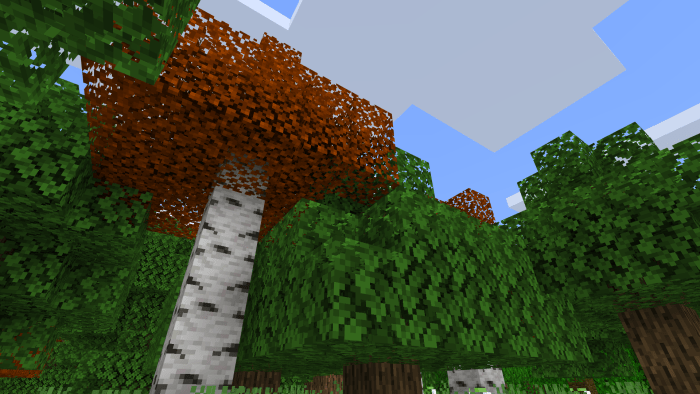 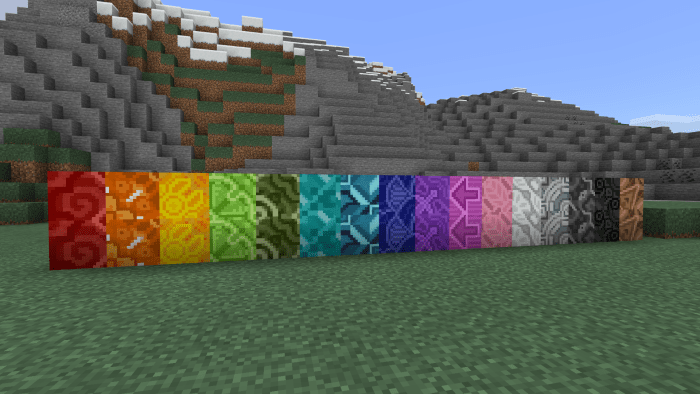 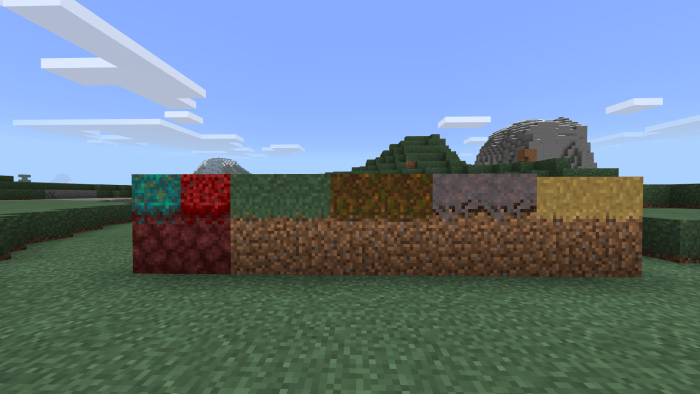 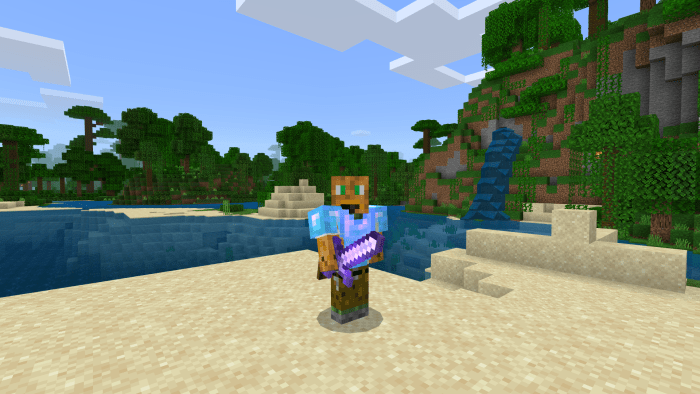 The textures make more logical sense since you use gold in Netherite and need diamonds to make gear - it also just looks cool in my opinion. 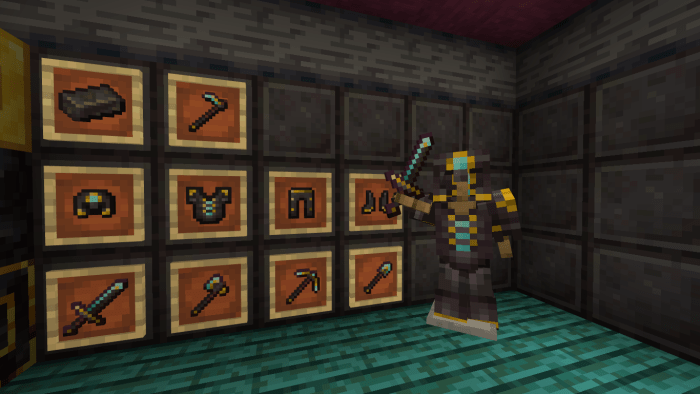 (I wanted to make gilded blackstone actually desirable, since it is so rare and hard to obtain) 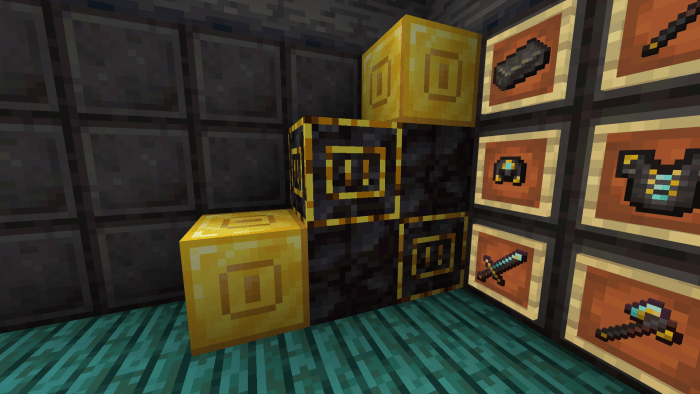 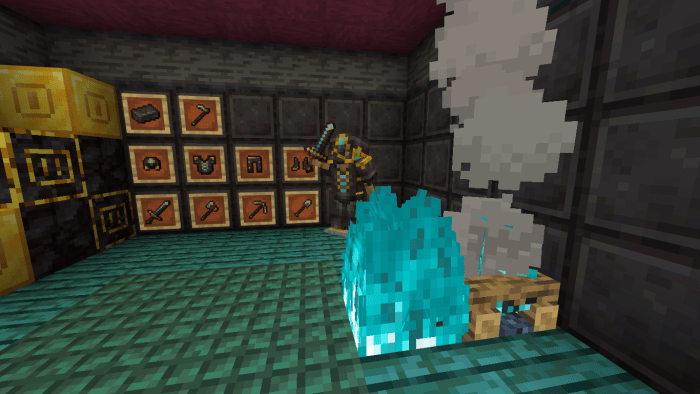 Coming soon - I will be releasing just the nether textures as a separate pack soon.

~Tweaked netherite armor textures to remove bib from the netherite leggings. The armor is now smoother as well.

July 11, 2020 at 3:58 am
I like the look of this, but is it possible to download everything but the Blackstone, netherite, and gold block?
Log in to Reply

July 06, 2020 at 10:20 am
Hey I love your pack! The textures are great! Ive noticed that for some reason with your pack the zombified piglins are replaced with the old pigmen textures. Also if possible I would LOVE to see a 32x version of this pack. Thanks!
Log in to Reply

July 06, 2020 at 8:16 pm
I've figured out the problem with the pigmen, an update is awaiting approval. Thanks for letting me know!
Log in to Reply

July 01, 2020 at 2:36 pm
You did well with the Netherite textures. Reminds me of a few concepts people did on Reddit
for Java Edition a few months back.
Log in to Reply

June 30, 2020 at 7:36 am
YOU ACTUALLY MANAGED TO MAKE THINGS WORSE LMAO THESE TEXTURES ARE REALLY REALLY UGLY
Log in to Reply

June 13, 2020 at 5:05 am
Nicely done! Currently using this on my Nintendo Switch, and you've done well.
I really like what you've done with the prismarine bricks.

Could there possibly be a separate pack just for the sparkly enchantment glint?

June 12, 2020 at 12:05 am
Tried it, and yes. I'm on PC if for some reason you needed to know which device I'm using.
Log in to Reply
Report Comment
Follow:
Login Sign Up Submission
Tweets by MCPEDL
Tweets by MCPEDL