This pack allows you to play any song from Minecraft in any situation using a music player tab in the settings menu. If you enjoy certain Minecraft songs and want to be able to hear them whenever you want, this pack is for you!

Music Player UI Lite adds an in-game music player to the settings screen. This menu allows you to play any song in Minecraft with the press of a button. It works in any gamemode on any world (even without cheats enabled) as long as you can access the settings screen. 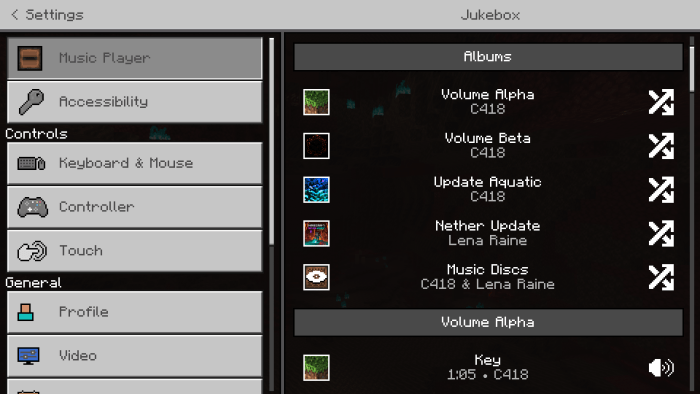 If you plan to add custom songs to your music player, you need to download the Custom Music Container pack in addition to Music Player UI Lite. The video tutorial linked above will walk you through the process of adding custom songs.